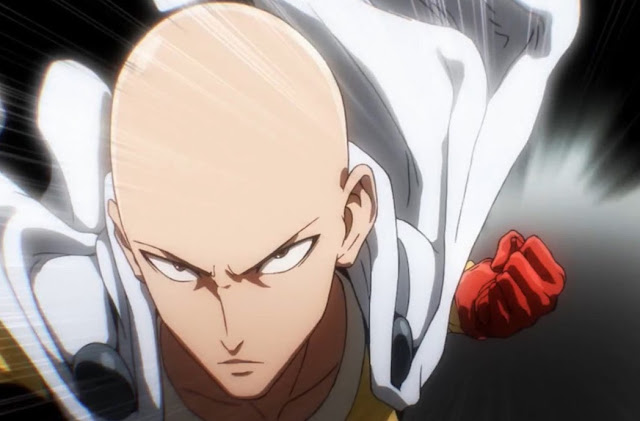 One Punch Man should by all means be a one trick pony. How can a show centred on defeating over the top bad guys maintain any prolonged interest when the main hero can dispatch them all with (you guessed it) one punch?

If fighting was the crux of One Punch Man, though, it wouldn’t be half as rousing as it is. This is a comedic narrative that fully nurses the rambling, self-indulgent monologues of its villains before feeding them to a hero who is too preoccupied by the thought of missing discount day at the grocery store to care. It takes such pride in its eccentric, flamboyant brand of comedy that the show feels more like a drunken slice of life falling down the stairs with a seasick action show than anything remotely traditional.

Despite the emphasis on gags, though, this anime does indeed have enough plot going on in each episode to warrant the existence of story arcs. Whether these offer more than the commonly used sitcom style of “progression” (which is to say, smoke and mirrors) in the grand scheme of things isn’t entirely clear to those who haven’t read the original manga, but they do interweave story threads and recurring characters. And boy do the recurring characters in this show deliver. As part of a comedic ecosystem and as standalone entities, the main duo is infinitely entertaining. 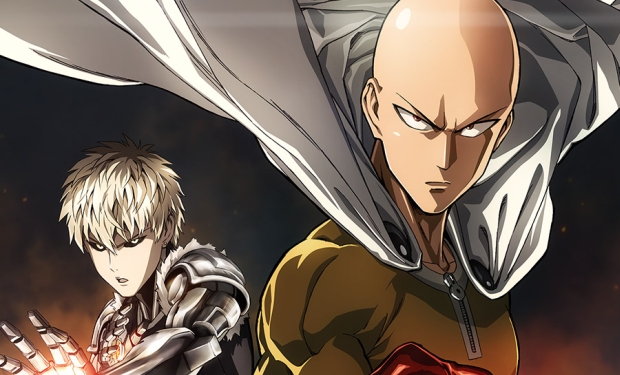 The titular hero, Saitama, is surely the anime world’s most overpowered human and it’s very clearly by design. As a result of a ludicrous training regimen that spits in the face of real-world physics, he doesn’t need to fly or pamper himself with gadgets to crack down on crime. His body is so expertly toned that he can shrug off explosions (his clothes, unfortunately, are not so sturdy) and make mach speed look like mock speed. Yet the same man dealing with an existential crisis due to a lack of credible opponents struggles with all his might to swat a single mosquito. Saitama is this bizarre walking contradiction with a demeanour unbecoming of his stature, which makes him endlessly compelling to watch.
It’s a shame he has to mooch off a teenage cyborg to pay the rent, but hey, you can’t pay the bills with one punch. Once that cyborg, Genos, enlists as Saitama’s disciple, the series really takes flight. He’s a few years younger than Saitama but they’re leagues apart in terms of personality. Genos is an angst-ridden, revenge-driven teenager who takes everything seriously. He’s a direct counter to Saitama’s lovably dry and simple personality. Whereas Saitama would knock on a villain’s front door and take him out after a bit of banter, Genos would level the whole building. It’s the dynamics between the slowly expanding roster of characters that give this anime tangible staying power going forward.
Hokey villain background stories provide an equally great incentive to giggle. By building up ridiculous monsters (most of which indiscriminately tear apart the city Avengers style, leaving one to ponder how much construction goes on in Z-City), the show flexes its comedic muscles to both perpetuate and subvert shounen battle clichés at every turn. Each week’s episode thus far has had a fairly mundane plot in which Saitama nonchalantly disposes of evildoers at his own pace, but it’s how he gets there and who he meets along the way that make this show so endlessly endearing. 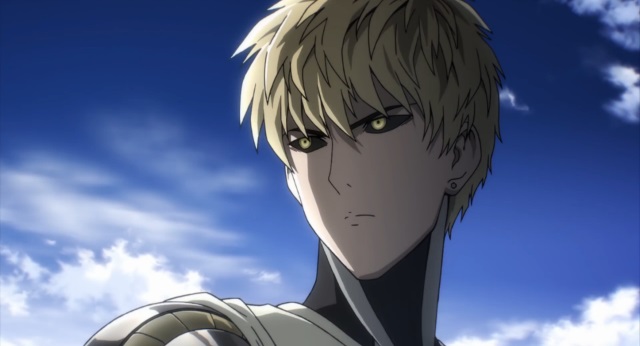 Interestingly enough, it’s also the physically weak (compared to Saitama) supporting cast that justify the “action” genre tag on this one. When an otherwise deadly villain shows up, Genos serves as the whipping boy/welcoming committee and puts it through its paces before promptly getting beaten to scrap metal (and requiring millions of dollars in repairs). As you’d expect from an animation studio like Madhouse, these action sequences positively shimmer. Saitama’s eventual interjections can be a bit of a buzz kill, but that also makes every bout a little more precious.
Although it seems like just a fun and frivolous show, there is the occasional bit of culturally relevant subtext to challenge that notion. The agony of transitioning from student to workingman is a definite recurring theme that applies to both a pack of villains and Saitama himself. It’s a highly relatable topic that resonates far beyond the immediate Japanese audience and I yearn for some more concrete social commentary if that’s the direction this show is ultimately heading.

If you only watch one show this season, you could do a lot worse than One Punch Man. Driven by characters that are totally bonkers and fights that are designed almost exclusively to tease viewers, it offers a degree of delightful madness you won’t find elsewhere.