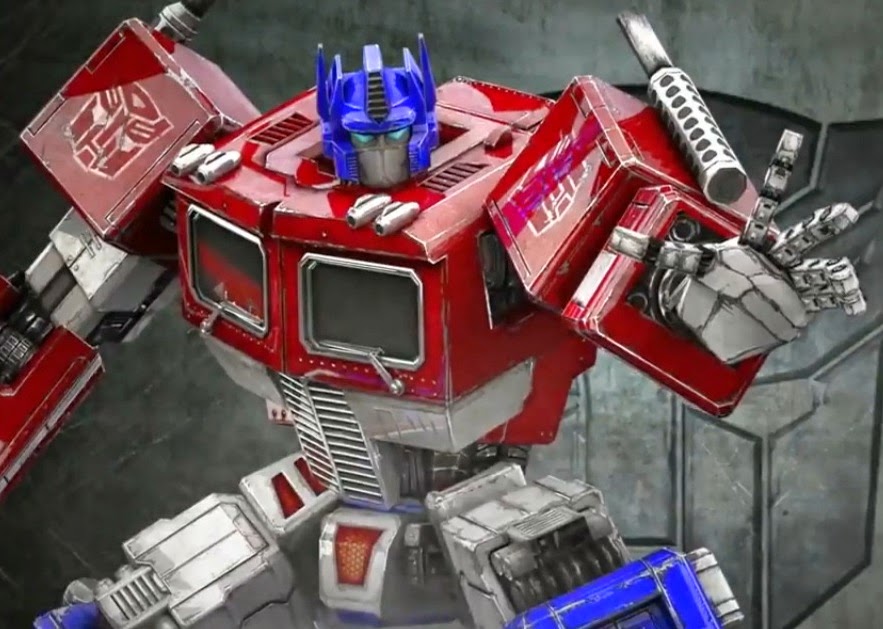 Transformers is clearly the perfect material for games, but as we’ve seen from the films, potential and execution are very different things.

The franchise has been around for decades now, and so effectively taps into that warm sense of nostalgia that is so appealing to adults. At the same time, it’s got an undeniably appealing hook for kids; after all, who doesn’t like the idea of giant robots battling one another in an eternal and intergalactic battle for supremacy?

And yet that potential has been squandered in taking the toys and cartoons and translating them to big budget entertainment. Michael Bay secured the rights to make the films, and proceeded to do what Michael Bay does so well – hide a series of braindead and uninspiring plots and weak characterisation behind big explosions. So cynically packaged for the most unthinking of Hollywood audiences, the Transformers films are universally appauling and actively try and ruin any love fans had for the original cartoons. 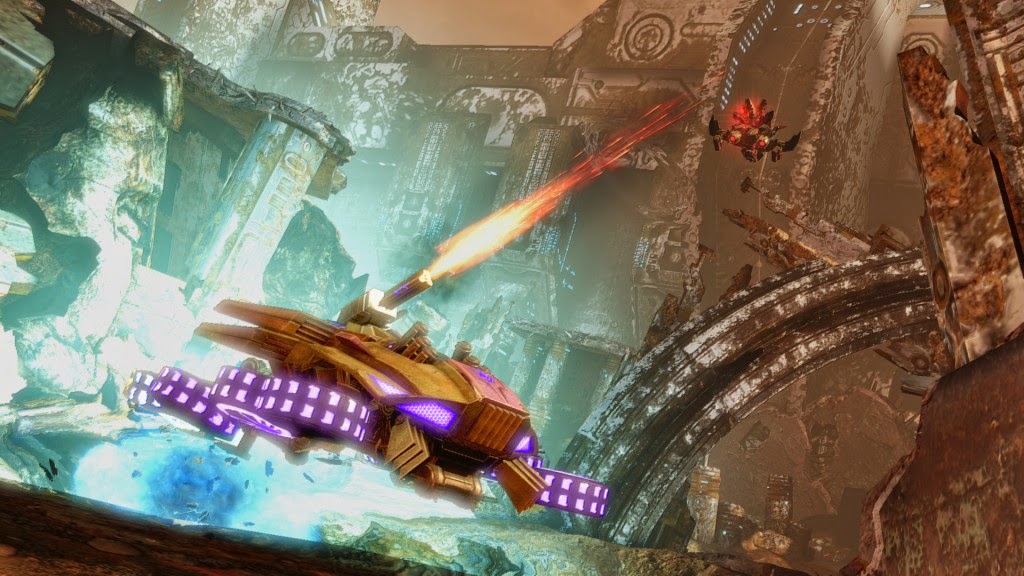 And then there are the games. Under publisher, Activision, the Transformers games have fared ever so slightly better than the films. They’re generally entertaining, for a start, and they achieve this for the simple reason that the sense of agency that comes from being in control of a Transformer is not dissimilar to playing around with the plastic toys as a child. The juvenile narratives in these games, every bit as relentless as what we saw in the films, actually works; playing a Transformers film is like being a child again, playing with toys in the dirt. “Good” isn’t necessarily the right word to describe any of these games, but “fun” works as a descriptor.

The latest Transformers game, Rise of the Dark Spark, is really no different to what we saw before. There’s a new threadbare plot sandwiched in between the standard shooter formula of “corridor, shoot-em-up room, corridor,” and this kind of action works in the sense that it manages to offer challenge while guaranteeing that almost anyone would eventually get through to the end of the game. At the same time, it’s still an experience that is barely more interactive than a rail gun shooter; while the action is visceral and aesthetically impressive when it heats up and transformers are slaughtering one another in hordes, the backgrounds and visual engine otherwise does nothing to suggest we’ve been ushered into a new generation of gameplay. 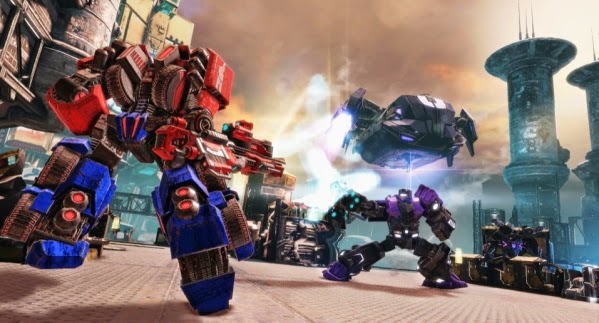 To the developer’s credit, Rise of the Dark Spark does work hard to give players control over a wide range of different characters, and each of these Transformers or Deceptions that you’ll alternate control between do have their unique quirks. Starscream flies, Sideswipe has a grappling hook, and so on and so forth. In combat they all feel similar thanks to a transferable weapons system, but the visual gimmickry is enough to at least create the illusion that these robots are all unique.

Unlocks happen slowly with an experience and levelling up system that all but mandates players spend a great deal of time within the multiplayer mode, but at least the rewards for completing objectives and levelling up – boxes of randomised loot – are significant enough to make it feel like you’re making real progress.

And in fairness the multiplayer mode in the game is one worth spending time in. It’s a horde mode, in which a small team of allies works together to defeat a series of enemy waves, each more powerful than the last. Scattered throughout each level is a range of upgradable defences, from auto-firing turrets through to strategic walls that block progress. There are more strategic versions of this game out there, and none of the levels are especially memorable, but this mode is an enjoyable way to spend an afternoon of gaming. 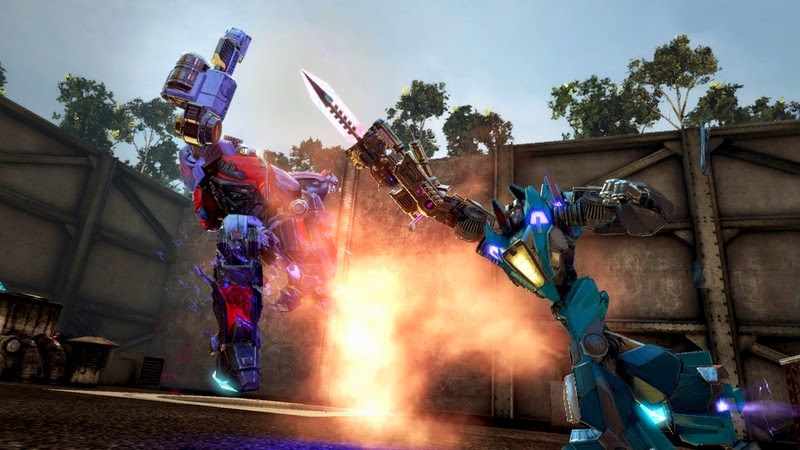 Or it would be if there was a large enough community to guarantee a full team when you do a random player search. Unfortunately this game’s community won’t last long, I suspect; it’s already a bit of a desert out there. I’ve also yet to be able to get through a full game of the horde mode, with dropouts being painful and frequent.

There’s fun to be had in Transformers: Rise of the Dark Spark, but it’s a dialed-in action shooter game, which is a mistake since there was never a chance that this game would compete with the big budget games in the genre. Titles such as Destiny, Call of Duty, or Titanfall will all trounce this game and ensure that no one but the most dedicated fan will care about it in the near future. It would be to the benefit of the franchise if future games stopped trying to swim with the sharks.