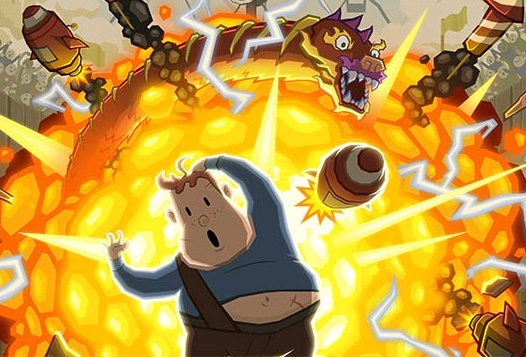 Penarium is not a terribly complex game, but it does provide an addicting mix of platforming challenges that will test the reflexes and patience of even the most seasoned gamer. By and large the simplicity of Penarium works to its benefit, even if the adventure is not a lengthy one.

I think most kids at one point or another tell their parents that they are going to run away, and when the circus passes through his town, the star of our title (Willy) see an opportunity to live out his dream. He wants to be a circus performer and slips away from home and does in fact join the circus. However, this is not the kind of circus he anticipated. This is the kind of bloodthirsty establishment that Pennywise the clown from It would be right at home in. A mysterious figure called the Director quickly explains to Willy that this is a very different kind of circus. Fiendish traps promise Willy death at almost every turn as a sadistic audience watches and waits for the boy’s demise.

This is a pretty dark storyline that is offset by colourful, pixelated graphics. The visuals are clean and crisp, not unlike the outstanding controls. When Willy dies (not if), it will be because you made a mistake. There is no blaming sluggish controls, and no unfair level design. It is entirely your fault that the little fellow just exploded into a shower of blood. 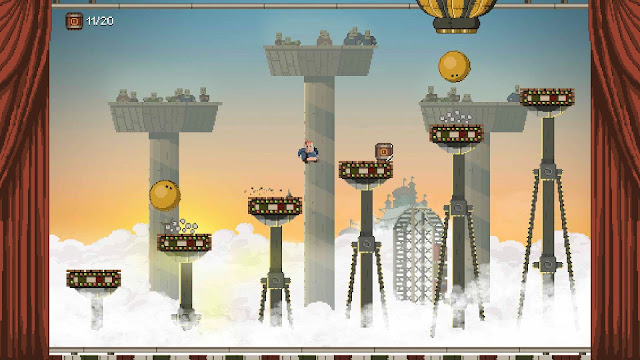 There are three different ways to play: campaign, multiplayer and arcade. The majority of my time was spent with the campaign mode, which takes each level and breaks up it up into a trio of stages. While Willy met a bad fate many, many (many more) times, the actual campaign mode itself is not terribly long. It can be beaten in about three hours as it spans just thirty stages. Each stage is a compact death trap that once you have it figured out, only takes a minute or two to power through. Each level takes place on a single screen, with the edges of the screen serving as a sort of wraparound that is reminiscent of old Atari games in that sense.

Multiplayer was actually something of a disappointment. Having two players working together or beating each other up should have held plenty of entertainment, like Towerfall. I guess I was holding out for something akin to that, but really the multiplayer in Penarium just does not hold up as well by comparison. It was a charming enough mode right off of the bat, but there was just no longevity to it. The other mode, arcade, is more akin to a survival mode. Try not to die and collect lots of coins. The leaderboards are a nice touch, but you’ll never spot my name near the top of them.

So this gives you an idea of what your gaming options are and how the game itself plays from a technical standpoint, but what is Penarium? Well, it is the world’s most evil circus. You have to avoid a variety of different traps while completing different tasks. These can range from picking up barrels to the maddeningly challenging ‘stay in the moving spotlight for XXXX seconds as death traps fly around’ objective. These different tasks are really the key to Penarium’s success, because they infuse a surprising amount of variety into the mix. They obviously get more difficult as you progress further into the game, with some light puzzle-like elements such as stomping different buttons in a specific order in able to survive. 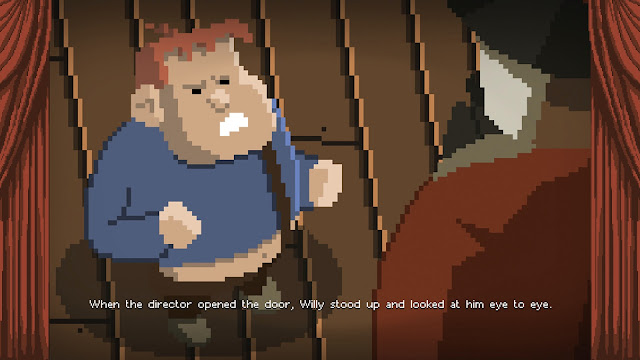 Essentially all Willy does is run and jump all over the place. That basic premise has been the key to many other platformers, but there’s only so many times this kind of game can be remixed before the differences become purely cosmetic. This is where Penarium starts to struggle. Despite being a relatively short game, around halfway through the game you have seen just about everything there is to see. There is no evolution of Willy’s skills, and right at the end he still is just running and jumping as he was in the beginning, with the only variety being the power ups that can be purchased for the coins Willy collects. These power-ups can feel hit or miss in terms of their usefulness, but are key in keeping things fresh. Traps and platform placement become more difficult to deal with, but you have seen all of the tasks the game has to offer by then.

Penarium benefits from good level design and simple mechanics that are the definition of ‘easy to learn but difficult to master.’ The setting for the game is a devilishly entertaining one, and Penarium is challenging without feeling cheap, which makes it a great deal easier to be forgiving of the game’s difficulty curve.