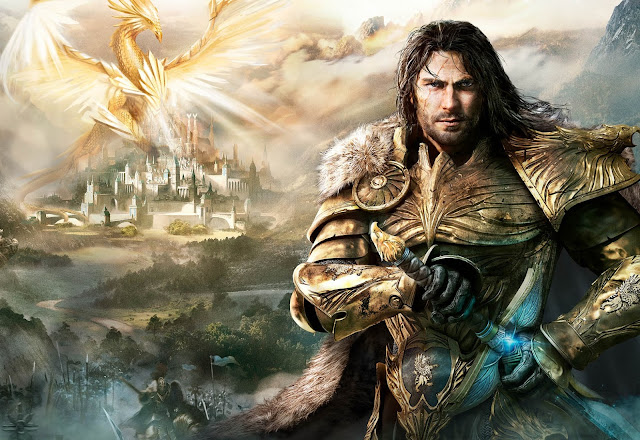 Might & Magic Heroes VII is the very definition of a mixed bag. I absolutely love the style of play, having long considered the strategy/RPG hybrid among my favourite gaming genres. However, a lack of innovation and some performance issues hold this title back from being as good as it could have been.

Related reading: Might & Magic X, the latest in the dungeon crawling series set in the same world, is absolutely brilliant.

The death of the realm’s Empress has led to widespread chaos and war throughout the realm. Duke Ivan (because dukes are always called Ivan for some reason) brings together his council of six to explain why he is done with the war, and what follows is a series of smaller tales told by each of the council in an effort to sway his decision and rebuild Ivan’s resolve. The story itself is not a spectacular one, but the way it is told and the different scenarios on offer are at least varied enough to hold interest. While the world itself is full of typical fantasy tropes and the voice acting can be hit or miss, the I was able to keep ploughing through thanks to the characters being markedly different to one another, meaning that if I didn’t like one of them I knew the next would be just around the cornet.

The gameplay itself is both comfortably familiar and threatening to become stale. Having been a long time fan of the Heroes of Might & Magic games, it’s disappointing that this iteration in the series struggles to do much more than look back at the most successful titles in the series. In fairness, innovating in a series that has been so revered by fans for so long must be difficult, as the slightest miscalculation would bring the anger out in full, but many have felt that this series had lost its way from as far back as chapter IV, and that is principally because they haven’t really evolved from the original trilogy in a way that adds value to the games. 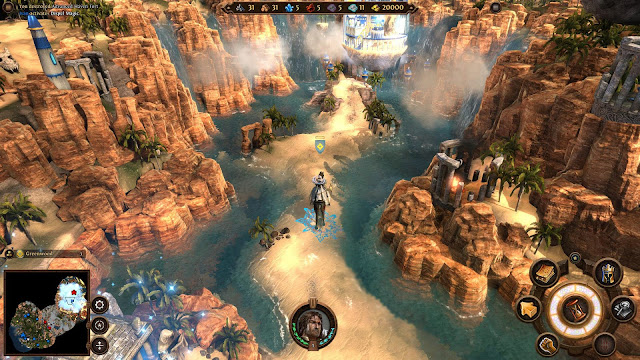 Might & Magic Heroes VII most reminded me of Heroes of Might & Magic III, which is not a bad thing in and of itself. For those familiar with the series, most of the mechanics will be instantly familiar. Newcomers, meanwhile, will find the lack of tutorials frustrating at best and maddening at times. For instance, I read one person’s comments that they did not understand why they could perform no more actions, and while veterans will know this is a consequence of the day and week cycle that has been part of the series from day one, nowhere does the game explain this to you. For another example, my son had a large battle to perform in one of the early stages, and he did not realise that he could take his commander and put him and his troops into the castle, fortifying it and preparing them for a showdown with the oncoming enemy. It’s truly boggling that a modern game would forego a proper introduction and tutorial.

For those unfamiliar with the style of play, you take control of a character and move around the map gathering resources, building his or her armies and battling other warlords and their armies. You can only move so far or interact with so many things in a given ‘day’ before you are exhausted and need to advance another day. That’s when your opponent takes his or her turn. At the end of that your heroes are refreshed and ready to go again.

Moving around the map is all well and good, but the battlefield is where you will spend a large percentage of your time. Might & Magic Heroes VII is at its best when in combat. When your army encounters an enemy, your units are dropped down onto a small grid map. There the two armies battle it out in a turn-based fashion, moving around the map and using melee attacks, ranged attacks and special skills to do harm to one another. I was more than happy to sink hours of my life into the combat, which has not really evolved much over the years, but is still satisfying. Importantly, each “character” represented on the battle map actually stands for every unit of that type in your army. Or to put it another way, having eighty archers occupying a single square is superior to having five, because that number is not only representative of their remaining health (fall to zero and that unit is dead), but it also impacts how much damage they do (which is completely logical. Eighty arrows should hurt more than five). I have always enjoyed the dynamic that unit stacking had on the strategy in Might & Magic, as it adds a layer of tactics beyond unit types, flanking attacks and spell affects. 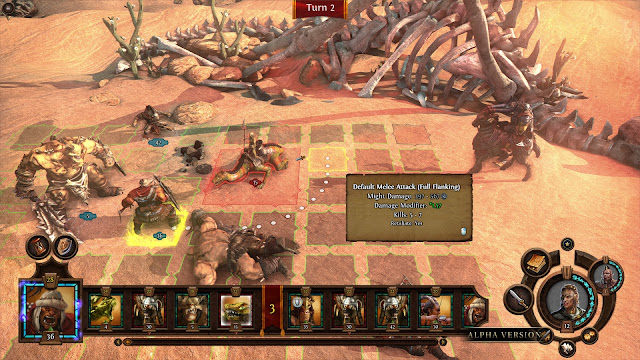 Once combat ends, assuming you win, you gain experience that allows your leader to develop. This is just one of the many RPG elements that impacts your leader and by extension, your troops. As your character gains levels, he or she can unlock new traits and skills that range from spell power boosts to different damage modifiers and more. Additionally you will find gear while exploring the map, and these can be equipped to give your leader bonuses. Sometimes your leader will gain stat boosts, and other times he or she might simply gain a new spell they can use once per battle. It really gives a solid sense of progression as the map progresses on.

While the formula is a tried and true one I can appreciate, it really does not do much that has not already been done in the genre for the last decade or two. Beyond those shortcomings, there are some technical gaffes that I am compelled to mention as well. For one, online matches are incredibly unstable. I tried ten matches with one of my buddies, and both of us have rock solid connections that were testing fine over the course of our evening. We completed two matches – the rest lost sync less than a dozen or so of in-game days in. Additionally, while the artistic style is what I would describe using words like ‘pleasant’ and ‘enjoyable’, there are technical hitches that can occur during some of the battles. The map seems to hold up well enough, but in battle characters can stutter, even on a powerful machine, so there have been some corners cut with the optimisation too.

I touched on the sometimes iffy voice acting, and in other places the production values seem a bit light. For a game with a long history like this one and produced by a big company like Ubisoft, the still art during cutscenes only reinforces the notion that the lacking tutorials first gave me – that this title was given a very strict budge 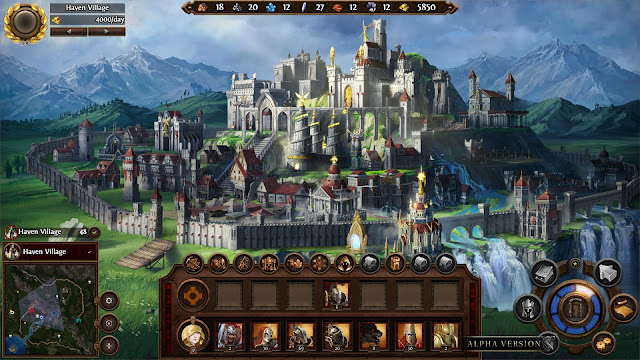 Despite these rough edges, there are several things that Might & Magic Heroes VII still gets very right. Not only is the combat on the battlefield excellent, but the siege warfare at fortresses is a lot of fun. Additionally, building up and improving upon these fortifications when they are your own is also entertaining. You rarely have the resources to ‘do it all’, so you need to pick and choose what you want most. Reinforce your walls to withstand catapult damage for longer? That is important as then enemies must fly over the wall to get to your troops. Maybe put a moat in front of your wall and gate so enemy units get trapped? Or you could add ballista to your towers to deal additional damage each turn.

Related reading: For an example of a long-running strategy series that is doing a good job in reinventing itself in line with modern expectations, check out the recent Nobunaga’s Ambition.

Fans of the genre will likely find aspects of Might & Magic Heroes VII appealing, and there is a good deal of content here to chew on while you play. Technical issues and a lack of training to ease in newer players conspire to hold the title back from being as good of a game as it should be. If you are looking for a AAA strategy title, this release in the series will disappoint you with its limited production values, but if you are like me and more interested in the tactical combat than anything else, there is still good fun to be had here.

Koei Tecmo’s Attack on Titan game may not have a name, but it does have screenshots