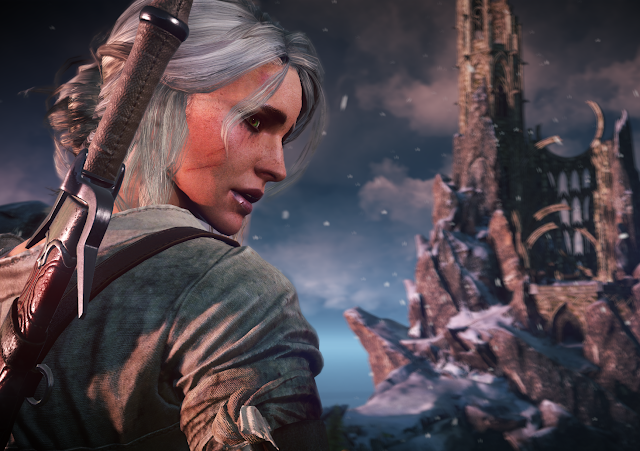 I still haven’t finished The Witcher 3: Wild Hunt. I’ve spent hours upon hours adventuring across the beautiful landscape of Novigrad or sailing the seas surrounding Skelliege, but I still haven’t quite seen it all. And now I’ve got even more to work though, in the well worn boots of Geralt of Rivia.

The initial impression of this expansion is that CD Projekt Red knows it has a great foundation. The Witcher 3 was a smart game, and this new storyline is simply an expansion of what we’ve come to love, and for me, it’s the story. Hearts of Stone delivers above and beyond. As Geralt follows the request of Olgierd von Evere, a man who he believes simply has a contract for him to undertake, Geralt unknowingly slays the victim of a curse, propelling him onto yet another adventure. The expansion is predicted to add roughly around ten additional hours though for many players that could double or triple, and these additional hours never feel rushed or forced. Each conversation and cutscene has had as much thought as every other, and seamlessly fit into the original game.

The main storyline again does what the Witcher series has done very well and adds a self-reflexivity element to the characters you introduce. It’s some of the strongest storytelling in the game, which is evident from the first 10 minutes into the first mission. The performers manage to convey with great emotion, it’s a fine example of how to quickly get players emotionally invested in the characters. Quickly, the player starts to learn about these new characters. What were their motivations behind their actions? And then you use what you learn to govern your actions. The end result of combining these strong characters with your own sense of morality and personal justice makes the climatic moments in these missions all the more significant. 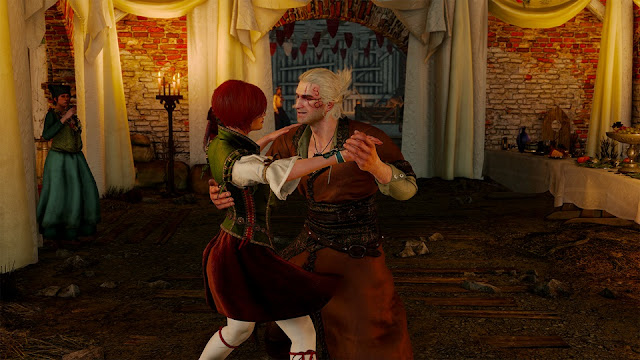 In addition to the new missions available, Hearts of Stone introduces Runewords, which are upgrades for Geralt’s weapons and armour. These upgrades offer buffs, however come at the expense of preventing Geralt to then place runes in the equipment. It’s a good offset though, as some of the Runewords have the potential to be devastating.

One thing that was apparent jumping back into the world of The Witcher, I felt alone playing the expansion. Although I haven’t finished the main game, Hearts of Stone allows players like myself to use a custom built Geralt who starts out at level 32. There is a noticeable lack of NPCs in all areas of the game while playing this out. I loved the Witcher for how lively it felt, there generally was a real sense of community among the various towns dotted throughout the lands, which isn’t apparent here. It might be resulting from my solely playing the Hearts of Stone expansion, or because I didn’t spend as much time exploring as I have in my file, but it’s noticeable nonetheless.

There’s an old saying, you can never have too much of a good thing. This is false. Hearts of Stone doesn’t offer that much new to the game, which is what the second expansion is supposedly meant to feature, but that’s not necessarily a bad thing. What Hearts of Stone gives players is another reason to dive back into this world, and enjoy the stories that lie within.

Now you can have your very own anime eyes!