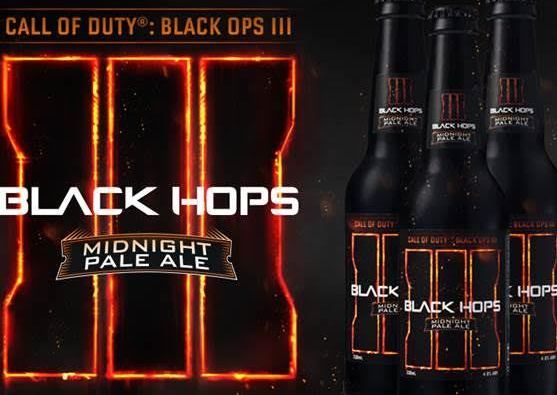 In a bit of news that is more interesting than the game itself, an Australian microbrewery has won permission to create a dark beer that is to tie in to the upcoming Call of Duty: Black Ops III.

From the press release: Gold Coast trio, Michael McGovern, Eddie Oldfield and Dan Norris started Black Hops Brewing on the 2nd November, 2014. In just 12 months they have gone from home brewing in their garage and selling their beer in local pubs, to partnering with Activision to create Call of Duty: Black Hops III Midnight Pale Ale.

Govs, Eddie and Dan wanted to create a unique beer that reflected both the creativity of the brewery and Call of Duty: Black Ops III, so they set about using a combination of special ingredients sourced from around the world and their knowledge of unique craft brewing techniques to take a classic American-style pale ale and paint it black.

Now, as an Australian, the words “American-style” in relation to beer is a giant red flag to be terrified. Aside from Samuel Adams and craft beers, we basically don’t touch what comes out of the States.

On the other hand, when Aussies do craft beer the results are almost always something special. So kudos to Activision for coming up with a marketing campaign for this game that even I am interested in.

The beers will be a limited run only, and available at www.beerbud.com.au/BlackHopsIII from November 2.