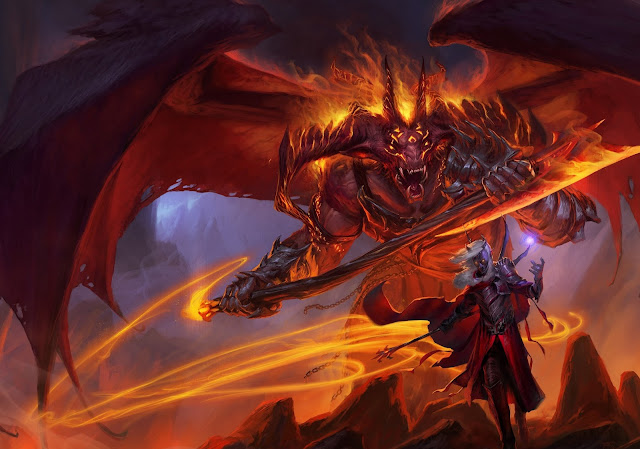 Sword Coast Legends takes us back to the popular world of Forgotten Realms that so inspired a generation of RPG fans way back with the likes of Baldur’s Gate and Icewind Dale. This particular offering has two distinct components. One is the ability to play campaigns, including the one crafted by the development team, and one where you get to play the role of virtual Dungeon Master and create your own challenges. Between these two features Sword Coast Legends is a solid offering with room to grow, though some might feel that this version of D&D is closer to Dungeons & Dragon Age than the Baldur’s Gate they remember so fondly.

Related reading: If you haven’t played the original Baldur’s Gate games, then you really owe it to yourself to check out Baldur’s Gate 2’s re-release. Matt’s review.

Why ‘Dungeons & Dragon Age’ (Origins)? Because there are a lot of components to the game that make it different from the classic Dungeons & Dragons game. For one, the gameplay is more action in nature than games like “Baldur’s Gate”. Your character essentially hacks away when you choose a target, and you can target commands (most accessible in a hotbar at the bottom of the screen) similar to an MMO. There is a pause mechanic that you can use that allows you to give out orders if you want a greater level of control. The style of play is similar to Dragon Age: Origins (on PC, more so than on console). For the typical battle, I found little value in using the pause mechanic, though in boss battles it is often needed as you need to make good use of all of the characters.

Balance oddities put an emphasis on melee classes that can deliver powerful, consistent strikes. My warrior hardly needed any help, but the same can’t be said about the time I tried to play a ranged character. When considering the aforementioned battles, this is where the melee classes just make it a faster experience. I am able to point my melee character at the enemies and just hack away. Because all classes can do some level of self-healing, it reduces the need for a healer class (or to keep an eye out on the characters in each battle to make sure their health isn’t dropping too quickly). Of course, you can turn up the game’s difficulty to compensate if you do want a tougher challenge as a melee fighter, but the balance issue are noticeable and a sign of a game that needed a little more refinement from the outset. 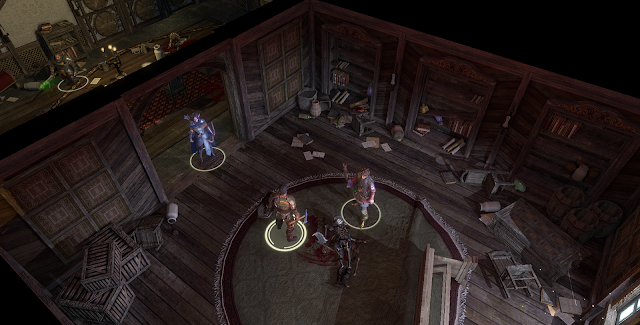 Classes do have a variety of skills and spells, but most of these are visualised in a skill tree that reminds me of Diablo or perhaps World of Warcraft. There is nothing inherently wrong with this, as many of the lower level skills provide a solid foundation toward the awesome stuff later on, but it nevertheless another sign of the action-orientated nature of the game that the skill trees do resemble Diablo. Of course, Diablo itself owes a lot of its progression curves that people enjoy in the “real” Dungeons & Dragons, but I don’t think people going into Sword Coast Legends would have expected something this derivative of that game.

While the gameplay itself reminds me a good deal of Dragon Age: Origins, the story is lacking that same kind of depth. The setting has a great deal of potential, tucked in after the Time of Troubles stories, which won’t mean much to people who aren’t fans of Dungeons & Dragons, but will mean a great deal to those who are. Seeing as I was a huge fan of that period in Forgotten Realms lore, having read numerous books on it, this was an easy time frame for me to slide into and enjoy. The story is at its best when your character is presented with a myriad of dialogue choices that can impact how things play out. Far too often however, Sword Coast Legends wanted me to duke things out to resolve issues. I realise that the spirit of freedom of choice is a difficult thing to capture in video game format when compared to the openness of tabletop gaming, but too often it seemed like my only real option was combat, and I really believe games should have developed beyond that by now.

You can spend a few dozen hours romping and stomping through it, and by and large character progression is satisfying. I enjoyed earning experience and developing my avatar, but the story itself is a mixed bag. The writing is good, but the NPC characters seldom rise above anything more than standard companion fare that are flat and uninspired. The campaign starts you off with odd dreams and have your character trekking out to perform fundamentally familiar tasks such as gathering medical mushrooms and finding a couple of missing people. Later the story shifts from a more personal affair to having characters in need of a magical item to help stave off the end of the world. Quests are numerous if the triggers to complete them are sometimes dodgy and difficult to discern and often feel as though they are more a matter of quantity of quality. That being said, the quests for companion characters are a high note that I enjoyed more than the majority of the rest of the campaign. 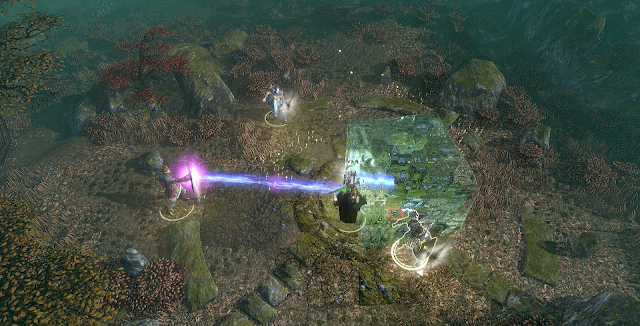 The Forgotten Realms setting is filled with so much potential, but Sword Coast Legends only delves into lore to a superficial level. Locations are discussed and some recognisable characters are mentioned but I would have liked to see the story dig deeper into the Realm’s lore. The whole campaign can be best described as serviceable while providing very few memorable moments along the way. To be frank, while the text for the campaign is well-written, I came away with the distinct impression that the campaign was almost designed to be more of an example of what the system could do, but it fails to stand out on its own merits.

The true test of Sword Coast Legends comes from what happens outside of the campaign. As someone who spent years making and playing modules in Neverwinter Nights, I found that the editing tools went a very long ways towards making the Neverwinter games endure longer than they probably should have. Sword Coast Legends is hit and miss here as well. The tools for finding modules work well with the ability to drop in and out easily enough as needed. Grouping with other players while battling wits with the DM is entertaining because everything (right through dungeon creation) is happening in real-time. The DM gets to see what is working and what is not and adjust their plans on the fly accordingly. This requires a bit more effort to get people around than simply designing modules and uploading them online to be played by others whenever, but it’s worth the work. However, if that’s how you want to go, you can choose to work strictly cooperatively with players and ditch the DM as well.

The area where I most found Sword Coast Legends lacking was in the actual creation tools themselves. In trying to strike a balance between depth and easy of use, I believe that the team erred on the side of oversimplifying things. You have some solid tilesets to work with, and you can write your own dialogue and create encounters – all things one would expect. Where we wind up realising how shallow the experience can be is in the limited number of enemies (is there a dragon option? I sure didn’t see one.), inability to customise loot (likely to avoid the rampant abuse I saw with some Neverwinter Nights modules back in the day) and more. This severely hampers a builder’s ability to craft an engaging tale, with dialogue options and branching quests all but non-existent. Dungeons are randomly generated, not allowing you to build intricately designed challenges for players. I suspect that with a title like this, n-Space will continue to modify and improve matters, but from a day one standpoint, the tool chest at our disposal should be more robust than this. 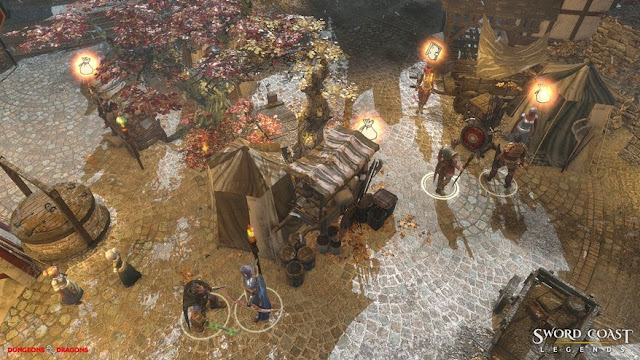 Sword Coast Legends offers up a solid version of Dungeons & Dragons, with a campaign and setting that were immediately appealing to me and plenty of user content already filling the community. This sort of content will be enormously valuable in giving Sword Coast Legends life beyond its campaign. However, limited tools hold this title back from greatness on the editing front, while its clear Diablo and Dragon Age influences may rub D&D purists the wrong way. It is still a fun experience worth having, but there is certainly room to grow and improve as well.

Call of Duty: Black Ops III gets a beer