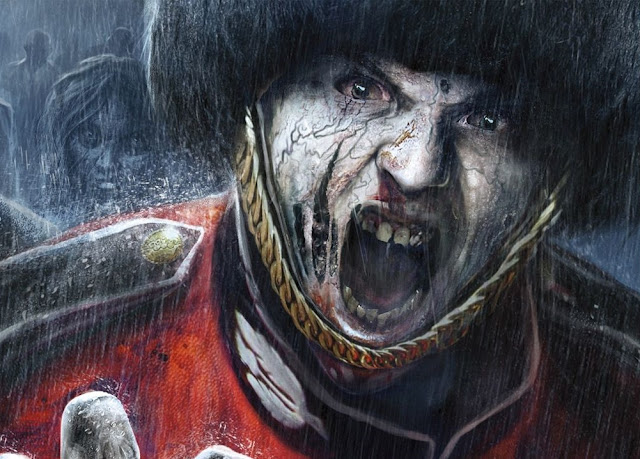 Zombi was ZombiU; a Wii U launch exclusive that really worked hard to show off the console’s capabilities, but only to a middling reception. With ambitions to be a true survival horror game set in London, England, you will play as a survivor of a zombie apocalypse who (with the help of a guy named The Prepper) must figure out a way to survive the endless hordes of the dead.

Related reading: Our review of ZombiU, from right back when it was a new game on the Wii U.

The first thing you will have to do is get to the safe room that Prepper guides you to. You’ll need to get there quickly though, as you’re being pursued by zombies. This sequence acts as a tutorial, but you will have nothing to defend yourself with so it’s really just a story of running like hell. Once in the safe room you will get a cricket bat, which then becomes your main melee weapon and friend throughout the game. You will also get the Prepper Pad. This device allows you to scan zombies and objects in the area to see if there are any items worth fighting or searching around for. The Prepper Pad also acts as a black light that lets you find hidden messages to solve some of the games puzzles. Some of these puzzles are part of the main quest while others are useful for finding more ammunition. Be aware that any gun you may find has very limited ammo. Finally, you’ll also have a backpack, which can hold only a limited number of other supplies. If you run out of space in the backpack, you’ll be pleased to know that there is a handy box to hold items for later.

In the Wii U version of the game you would use the gamepad as the Prepper Pad, showing off the console’s dual-screen hardware, but on PS4 the game has been re-jigged to play more like a standard console title, and plays fine. The Prepper Pad is also used to hack the CCTV boxes around the city to unlock the map for that area. The pad will also work as a motion detector which will beep and show a red dot on the mini map if a zombie or animal is nearby. I found this reminded me of the motion detector from Alien: Isolation, and it does create a tension when the beeping starts up. Meanwhile, to look in your backpack you press the touch pad on your PlayStation 4 controller. While looking inside your pack the game does not pause, which is a clever way to build up tension, as a zombie might just jump you while you’re otherwise distracted. That being said all of this was done on the gamepad on the Wii U, and it was far more effective and naturalistic to physically look away from the screen to mess with the inventory. 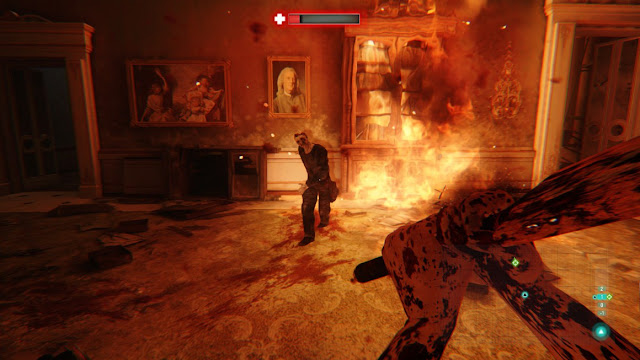 The game has a permadeath feature that works in different ways depending on the mode of play. In normal mode when your survivor dies, you will start as a new character with only your cricket bat and, later in the game, a pistol. In this mode you can get your items back by finding and killing the old survivor who was turned into a zombie. In the far more challenging survivor mode once your die it’s game over and you have to start over from the beginning. In combination with the generally high challenge level of the game, that survivor mode will really test the skills of almost any one.

The story isn’t strong, even by the standards of zombie apocalypse games. You get help from Prepper who you never see, you only hear him over a radio. Whenever you want to help other survivors, he seems to have a fit, which should trigger you in that perhaps his own intentions aren’t altogether noble in helping you. There are a few other friendly characters to meet along the way, such as a doctor who may or may not be able to find a cure to the zombie plague and a woman in the military, and you can also find letters and newspaper clippings that help you understand the story background a bit more. Luckily the lack of a quality overt narrative is made up for with Zombi’s sheer atmosphere. Most zombie games are more about killing hordes of zombies, but not this game. You will need to take it slow and easy if you want to make it through, and the costs of making mistakes, especially on survivor mode, are significant.

While the overall presentation is the kind of improvement you would expect to see over the Wii U original, there were a few graphical hiccups which I experienced while using the Prepper Pad. Another glitch I found was in an area where there was a box with pistol ammo in it. As I attempted to open the box, it showed the character opening and then closing the box… leaving me unable to get the precious contents inside. The game lacks any of the multiplayer features that the Wii U version had and I have to wonder why? One of the very best features that was in the Wii U release was the way that when another player died, their zombie could end up in your game, and if you killed them you could loot their backpacks getting everything they were carrying. 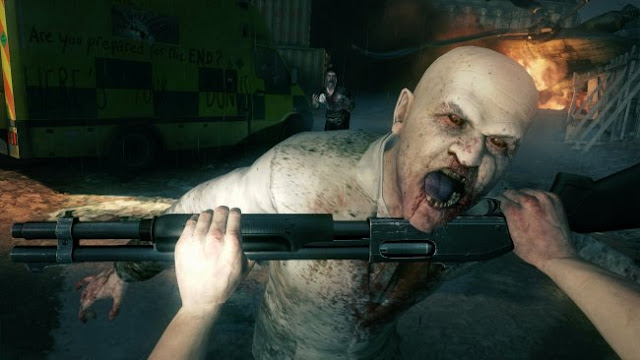 Considering the significantly improved graphical update work, Zombi is a good game for the price. Loosing the online integration hurts, and because of this the Wii U version is the superior one by a significant margin, despite looking inferior. But who knows, if this is enough of a success on these new generation consoles, Ubisoft might be encouraged to produce a sequel and re-introduce those features.

For now you’re not going to find many other games that allow you to take cricket bats to zombies, so that’s something.

DDNet does Japan! Day #21: A trip to Asakusa to cleanse the soul and eat melon pan