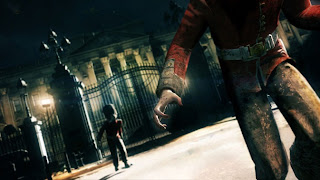 I really did expect ZombiU to be more creative than it was in the end. Given all the hype behind it, and indeed my first impressions of the game from a Wii U demo booth, I expected an intense horror game quite unlike what I had ever played before.

What I got was an intense horror game that was… familiar from start to finish. Thematically, ZombiU is very much like From Software’s Demon’s Souls and Dark Souls games. It’s a relentlessly challenging game that focuses on players learning through dying, and has some asynchronous online multiplayer options – dead characters turn into zombies and can be killed by online friends. Players can even leave messages for one another – a feature torn in its entirety from the Soul’s franchise.

As a big fan of Demon’s Souls and Dark Souls, the challenge of ZombiU appealed to me, and as a fan of classic zombie films, I feel this game is one of the finest recreations of a zombie apocalypse that we’ve seen in games yet. The goal – to simply survive – is a little alien to the norm for videogames where players expect going in to be presented with objectives to “win.” So I do understand where the negative reviews are coming from – this is not a game for everyone. 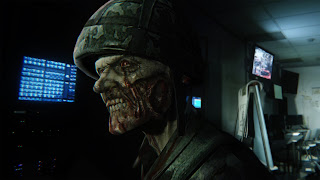 Weapons and ammunition are severely limited, to the point where hoarding wherever possible becomes a substantial feature of the game. Once again this is a decision that is brilliantly conducive to building an atmosphere of survival horror, but I suspect alienating to many people that prefer run-and-gun style action experiences. In fact, the game is alienating right down to the default weapon players have access to – the cricket bat. Surely Ubisoft realised that cricket is such a niche sport on a world scale that a baseball bat would have made more sense?

Yes the game is set in England, but there are sports (and potential melee weapons) that have a more global appeal than cricket. I suspect that the cricket bat is Ubisoft’s admission that this game has a limited market appeal, and rather than apologise for it, it has challenged the players to either get on with the game, or get out. It’s the kind of development purity that is a welcome rarity from a major publisher producing a major new IP for a new console. 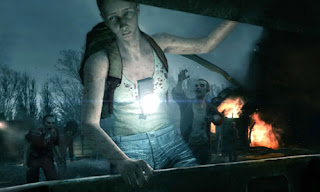 However, though I appreciated vision and integrity of the game when I sat back to review it I find myself asking a simple question – did I enjoy it that much? I both did, and did not. I expected the world to be a little more open, for one thing. Most environments ended up feeling a little claustrophobic, and tended to highlight strategic vantage points in neon. I appreciate the Ubisoft wanted people to think about how to deal with the undead without charging in guns blazing, but did they need to make the solutions to the puzzles that blatant? I would argue not. At around 10 hours in length, it also felt like there was a bit of padding at times.

And so ZombiU feels a little underdeveloped. There are ideas in there that are only half-realised and as thematically sound as the game is, it’s difficult to look past some of the technical issues – such as a generally unattractive visual aesthetic and some ideas that are thrown into the game, but are not particularly interesting. I didn’t really buy the into the use of the gamepad as an inventory, for instance. Yes, when looting the body of a corpse for treasures you need to look away from the TV and at the gamepad for a moment, and yes occasionally a zombie will surprise you while you’re distracted, but that’s about the extent of it – it’s a shock tactic and a gimmick, and nothing more. 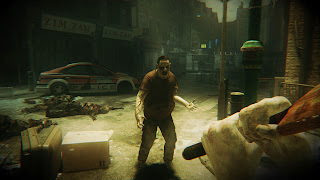 The multiplayer is absolutely brilliant though, and uses the gamepad in a genuine and useful way. With one player playing as the survivor, and the other player with the gamepad dropping zombies down to try and take out the player, it’s a competitive multiplayer style that we really have seen very little of in the past, and as such it doesn’t matter as much that there’s a general lack of variety in the game – what’s there is damned fun, if incredibly difficult for the poor sap playing as the survivor.

The multiplayer mode also highlights one of the greatest opportunities for local multiplayer with the Wii U. My wife is not a great fan of shooters, and so is not especially great at them. With most local multiplayer shooters this would mean we would simply not play them. With ZombiU however we’re both able to play and have a great time.

Overall ZombiU is a triumph. It’s raw and flawed, and it’s nowhere near as original or innovative as it probably should have been, but it is nonetheless different. Especially for the Nintendo gamers who have never had the opportunity to play a Souls game, ZombiU does a remarkable job of adapting that style of game and repackaging it in a new setting. Throw in one of the best multiplayer modes on the Wii U to date and it’s an easy game to recommend. And, looking at the sales figures, it’s surely a big enough hit to justify a sequel, which would give Ubisoft an opportunity to balance out some of the less spectacular elements in the game.