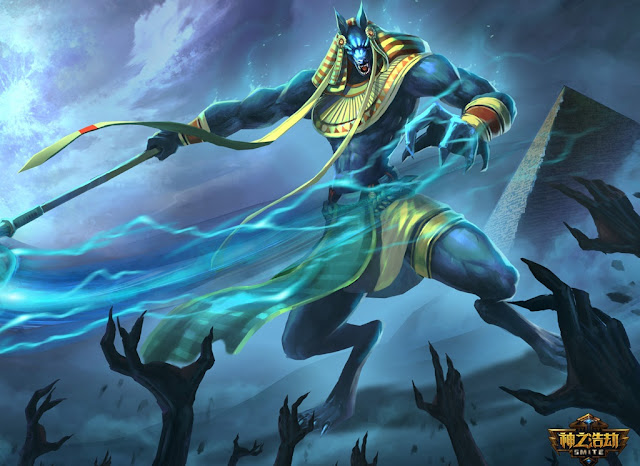 SMITE managers to bring something new to the MOBA genre; where most examples of the genre play out in a top down isometric perspective, this one sticks the camera behind the player like a third person shooter would. At first glance, it is quite obvious that the shift in perspective certainly looks refreshing in a genre that is quickly becoming too me-too for its own good, but in Smite the camera perspective actually impacts the gameplay in tangible ways as well. The action is fast and frantic with enough variety in the characters and modes to keep you busy in shorter or longer busts suited to your particular gaming style.

The MOBA genre has become increasingly popular of late with developers, but try as I might to appreciate the nuances between them, I find that most of the games just seem to blend together. In my time spent with SMITE, I had a chance to see the game from a couple of different perspectives. I am not the most experienced MOBA player out there. But I also watched my son play, and he frequently plays different MOBA titles, so it was interesting to pick his brain as well.

As I touched on initially, the most startling difference about SMITE is the way that the game looks. It actually looks more like a third-person action or shooting game. This is more than just cosmetic – it really changes how you approach the battlefield. It limits your line of sight and tests a different set of skills when compared to the isometric view you see in games like League of Legends. It is actually somewhat ironic that in a game where the characters are all gods, but you, as their master, have a far less omnipotent view than in most MOBAs. The visuals themselves are spectacular, with enjoyable levels of detail and lots of bright colours. 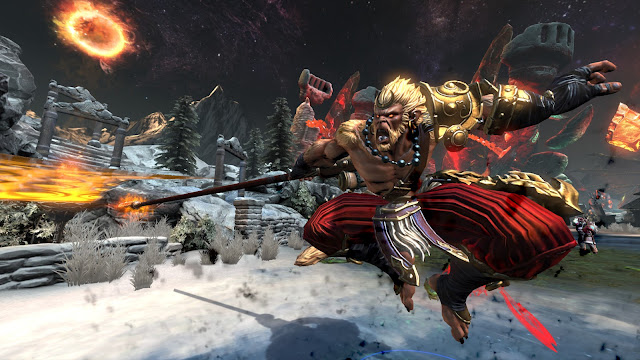 The collection of characters is also incredibly impressive, and come from a variety of different mythologies and religions. There are 67 characters in the roster currently, and whether your poison is Thor, Hades, Guan Yu or Ra – you can be sure to find at least one god that tickles your fancy. If you are playing the game for free, you have a rotating list of 11 different deities at your disposal, and will need to manage with whatever is offered to you on a given day. If you really like one then you can, of course, spend some money to have permanent access to him or her. With that many characters comprising the roster, there is going to be some overlap in skills. In general, characters come in two different attack flavours: ranged and melee. Then tend to fall into physical or magical damage types as well. Additionally, there are classes: Warrior, Guardian, Hunter, Assassin and Mage that give them further variety. Characters themselves are not terribly expensive, but if you find yourself hooked on the game, the Founder’s Pack is a very reasonable deal at thirty dollars. It does not unlock all of the different skins (cosmetic and often humorous costume changes for characters) and other, more useful, items you might want, but it does open up all currently released and future gods from here on out. It is worth noting however, that the Founder’s Pack deal is only going to be around for a short time and then it will be replaced with a more expensive Ultimate God Pack. So get in early.

I sat through and played the requisite tutorial levels, and by and large these did a solid job of teaching me the basics. However, there is a whole lot they do not cover, either. In fact, the sheer amount of information you need to consume to become competitive at SMITE can be a little overwhelming. There is plenty of online information and a robust community that talks about the game, but otherwise you’ll just need to throw yourself in and expect to be trounced in the early going. I opted for the creepy-looking Hades right off of the bat. He had a ranged attack and was rated as an easier one to play. I spent some time running around like a headless chicken in my first arena match, but I had a good time. I was more or less mashing some buttons and hoping for the best, and that was obviously never going to work. I finished with the most deaths and the second lowest number of kills for my team. Oops.

Moving on however, I found after a few games that I was in the middle of the pack on both counts, earning the in-game currency, gold, and purchasing upgrades to strengthen me in battles further. There is also an option that will auto-purchase what it feels are the best upgrades for your character. That was also a nice discovery as I was getting my feet wet with the game. Then I decided to have my son play. He immediately opted for Loki, a much quicker character with a knack for sneaking up on people. In his first match he came out tops in kills and second least in deaths. Let’s just get this out of the way and state the obvious: there is a significant skill gap between the two of us in this genre. 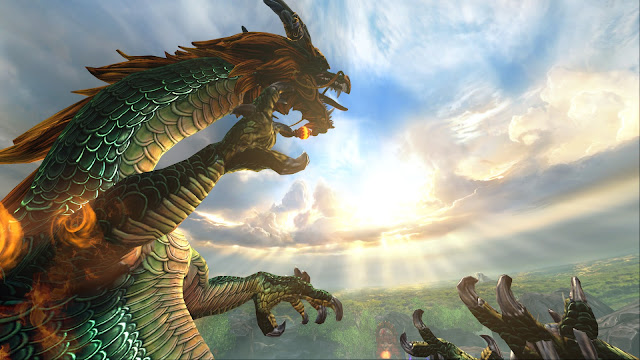 Still, we both had a good time with it, going back and forth and watching the other play. MOBAs are well-known for their lengthy near-hour long matches, and in the defaut Conquest mode you can generally expect to spend that same amount of time in each SMITE match. Arena is the polar opposite, providing a smaller fighting space and less mechanics to worry about as players beat on each other for about fifteen minutes or so. Let’s call that the arcade mode. Then there’s Assault, which is a focused mode that won’t provide players much room to move around (or strategise), while Siege is a four-on-four mode where you play to earn points to create a juggernaut for your team. I had a blast with this mode for all the chaos it promotes.

There are several fun progress hooks built in. After each match you earn worshippers who count towards your mastery levels. These can help unlock skins or be used to purchase favour that can be used to purchase things as well. Given all of the characters in play, this can be quite the set of goals for anyone who really wants to master several characters.

One other unique aspect of SMITE that appeals to me is the use of a controller. I am someone who would rather play most games (like shooters) with a controller over a mouse and keyboard. Yes, I know the mouse and keyboard is more accurate, but no – I don’t find them as comfortable to use over extended periods of time. SMITE is built with the controller in mind for the Xbox One, making it one of the very few MOBAs that do play well on console, and while there are some difficulties with perfectly aiming a handful of the precision attacks, by and large the control scheme holds up very well. 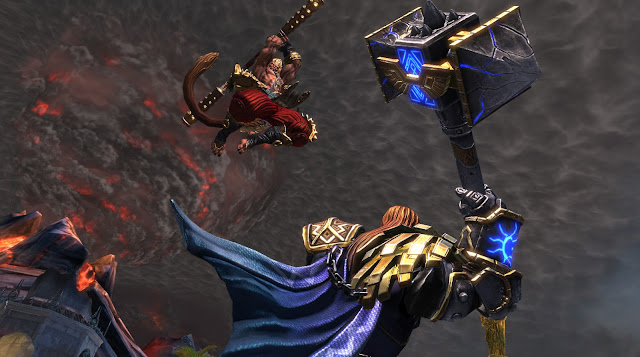 Despite the many great things SMITE does, there are a handful of smaller issues that creep up from time to time. For one, if there is a tonne of activity taking place in one area, the framerate can sputter somewhat It’s not much, but MOBAs are games where the tiniest jitter can take a winning position and turn it to defeat. This game is also not cross-play with the PC servers, which means there is a more limited player base to work with. I also did not notice a lot of people actually talking as a team with a headset. I am not sure if that is the case on the PC version as well, but it seems odd after hours of hearing my son in constant communication with his team mates in League of Legends. Maybe it is the more action-oriented nature of the game?

Then again, given how toxic the chatter can be in MOBAs, that might be a benefit to going with the console version.

All in all SMITE offers up a refreshing take on the MOBA genre. It is not a genre I spend a lot of time with, but I can already say that I have found SMITE to be more to my liking than any of the others I have played so far.