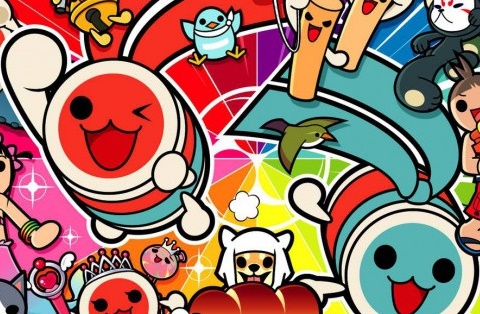 If you want an example of a rhythm game that could never really work in the west, it’s surely Taiko no Tatsujin V Version. With huge tracklist that could only ever be relevant to the Japanese, Taiko is also ridiculously colourful and has an energy to it that can only be described as utterly nuts, and is far beyond what most people would assume the western market would have patience for. This is likely why Namco Bandai has stopped localising them, frankly.

And I love it. Because it is so delightfully weird.

For those who aren’t familiar, a taiko is a traditional drum in Japan. It’s big, makes a loud noise, and has been appropriated for any number of utterly cliched “Asian” films over the years. For this reason you’d recognise one if you saw it. The Taiko games take this drum and turn it into a ridiculously bouncy, happy, bright character. And then, as with any other rhythm game out there, once you start playing, you tap buttons in time with the music. Unlike any other rhythm game, in this one as you tap buttons in time with the music, Taiko does weird things and the screen explodes in colour and animation. 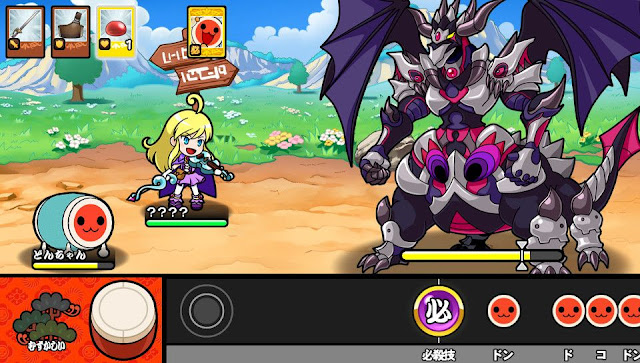 It really has to be seen to be believed, and on the PlayStation Vita’s screen, it looks absolutely gorgeous. Reds, yellows and other bight colours clash together gaudilly in a way that shouldn’t be nearly as visually appealing as it turns out to be. At first I was tentative with this one because its sense of aesthetics is so intensely in-your-face, but as I played on I have grown to love the uncontrolled chaos of this game’s colour palette. It is an art style that is uniquely and unashamedly Japanese, and it is appealing for that.

The rhythm game itself is both more simple and far more challenging than most rhythm games. Because it simulates playing a drum, there are only a four buttons to concern yourself with – any of the Vita’s face buttons or D-pad directions will play one “note,” and occasionally you’ll need to press both a button and a D-pad direction at the same time. Then you can press either of the shoulder buttons for the second “note”, and occasionally you’ll need to tap both at the same time.

Compared to, say, Hatsune Miku or IA/VT, this system is almost laughably simple, and on the lower difficulty levels, you might be forgiven for thinking Taiko is too simple for its own good. Then you’ll ramp up the difficulty and have your backside handed to you. Because in Taiko, the notes on the higher difficulties come in thick and fast, and demands such absolute precision with timing that it manages to make even the Dark Souls of rhythm games, Hatsune Miku Project Diva F 2nd, look forgiving. 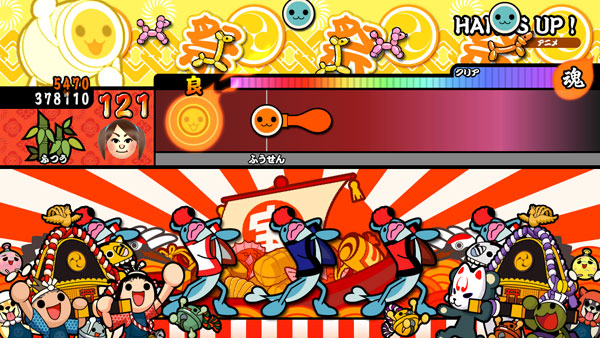 The Taiko franchise comes from the arcade, but anyone going in thinking that it will be about high scores alone will be shocked to find there’s a light RPG mode included in Taiko no Tatsujin V Version, in addition to the high score “arcade” mode. Now this RPG mode isn’t exactly Final Fantasy. It’s not even Dragon Quest. It’s as nuts as you might expect for an RPG staring a drum with legs. But it is loads of fun, and the rhythm mechanics work really well as a combat system. This RPG mode is what Theatrhythm should have aimed for, and is the best example we have yet that rhythm games can cross genres and be effective at it.


Related reading: Don’t forget to check out my other import review from my Japan trip (so far): IA/VT! Another rhythm game, and also really great stuff!

A lot of this music will sound obscure for most people in the west, aside from those that do listen to J-Pop music stations and have large anime and Japanese game libraries. That’s not a criticism (and, frankly, it wouldn’t hurt some people to broaden their horizons), but unfortunately the recording quality sounds a little lower than in other rhythm games. Perhaps as a consequence of squeezing 80 music tracks into the one game, there seems to have been some compression, which is just noticable enough to be disappointing. With a good pair of headphones, Taiko’s still a good sounding game, but you would think a rhythm game of all things would be focused on providing a high audio fidelity.

But with 80 songs, four difficulty settings and that RPG mode, it’s easy to forgive Taiko, because in terms of raw content no rhythm game even comes close. Getting good scores on the two higher difficulty settings will require real practice and dedication, and because it’s such an overwhelmingly happy and light hearted game, complete with an entertaining JRPG mode, it’s just too darned charismatic to put down.