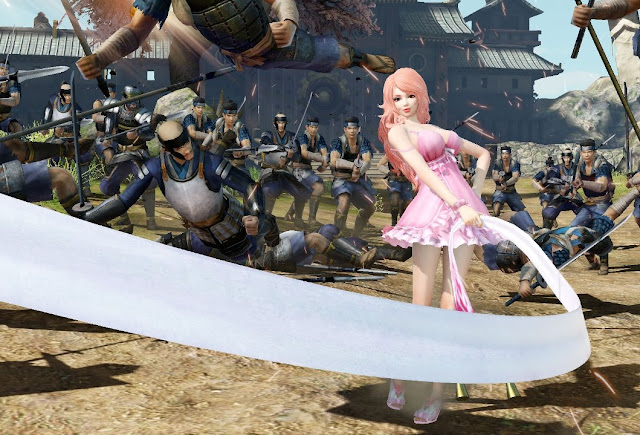 The Warriors games have their critics for the rapid rate in which they release. In that way, it is similar to the treatment a lot of sports titles get with the annual releases. “More of the same” is something I hear far too often when people talk about the Warriors titles. However, as with the sports franchise, fans don’t seem to care about the frequency of releases, and I can say that with Samurai Warriors 4-II, the Warriors fans will have a great time with it.

Related reading: On Samurai Warriors and historical accuracy – they’re actually far more in tune with one another than people give them credit for.

The game Nobunaga’s Ambition actually gave me my start on all strategy games, and the subsequent Romance of the Three Kingdoms solidified my interest. As a result of these two titles, I was probably the only kid in my high school doing reports on the two different periods, with entirely too much time at the library devoted to studying the history behind both of those games. So that should explain my interest in the story used as the backdrop to Samurai Warriors 4-II. 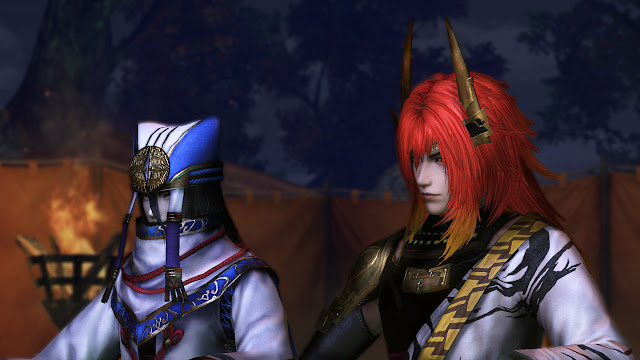 I mention all of this because the story is told in different fashion here than in the past, and it makes for a fresh take on the experience. Instead of focusing on telling grand stories of what happened to states, or regions, of Japan through the period, here the narrative is more tightly focused on the individual characters themselves and what they got up to. It makes for a more intimate perspective on the story and frankly, a more interesting take as well. Take for example Naomasa Ii. More of a background character usually, now we get to use Naomasa on the field of battle. As previously discussed, Tokugawa was obviously a major part of the time period, and Naomasa was one of the more notable generals in that army, with distinctive red armour and reputable bravery. Early on he has a lengthy conversation with Tokugawa that helps to set the character’s path as we follow his tale.

This is just one example of how the narrative has a different spin on it than in previous releases, and I think that Samurai Warriors 4-II is better for it. The development team still has an eye for cinematic moments. Keep in mind that while these games are rooted in historical events, obviously there are plenty of creative liberties taken with the source material as well. Outstanding historical tacticians may have seemed like they were using magic to divine the intentions of their enemies, but it is quite doubtful that they were leveraging actual magical attacks to turn the tide of battle.

The previous iteration in this series was also the first that was built with the PlayStation 4 in mind. Prior Warrior games got a facelift when brought to the console, but Samurai Warriors 4 was the most to make proper use of the hardware. The team has clearly had more time to perfect their craft with this release, because the not only leverage the processing power for more characters on the screen at a time, but the visuals are gorgeous. Characters generally look good, but the environments and special Musou attacks really steal the show. Combos are flashy and special moves really take over the entire screen, from pillars of fire to shards of crystalline ice to a giant stone fist erupting from the earth – half the fun in trying out new characters is seeing what their specials look like. 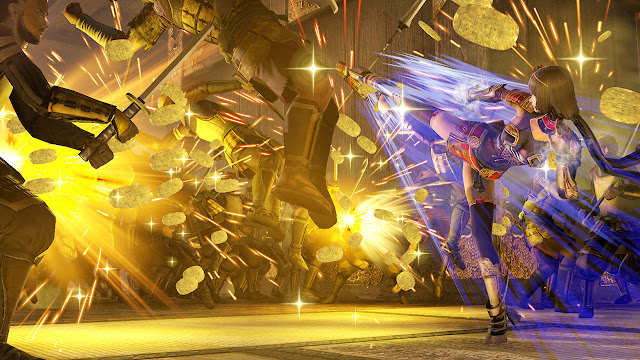 One area where pundits often mark the Warriors games down is in the repetitive nature of the combat. There is certainly something to be said for that train of thought, as you are in control of a character who only has to use a handful of basic attacks and combos to cut through hordes of enemies – at least in the early going. I often read these other reviews however, and find myself wondering just how far into the game they truly went. Unless you are playing these titles on the lowest difficulty setting, the Warriors games become far too complex and difficult to spam attack your way through. You start to learn – and need – more powerful combinations, and take actions that are more context-appropriate. Early missions have you moving from one point to another, but later ones capture the feeling of an epic battle by having side objectives pop up on the other side of the map, demanding you split your attention in multiple directions.

For those wondering what the connection between this title and the prior Samurai Warriors 4 is, this is not so much a sequel as a different or revised spin on the original game. For owners of Samurai Warriors 4, your interest in this may vary. I appreciated the more character-driven take on the story, and there is more content than ever for this series and the number of characters, scenarios and items is truly impressive. However, one of the most notable changes is the removal of the game’s predecessor’s Chronicle Mode, which was a bummer for me. I rather enjoyed that particular mode. It has been replaced with a new Survival Mode, however that is only briefly entertaining.

Survival Mode has you completing random missions on each floor of a castle before you can proceed up to the next one. Each new stage presents harder enemies who drop better loot. There will be points along the way where you can leave early, which allows you to keep what you have earned. Fall in combat and you lose it. So there is a nice bit of roguelike risk versus reward built into the mode as you attempt to weigh just how far you can take things. There are also different challenges that involve goals such as beating as many enemies as possible within a set time, a riches mode where you try to collect obscene amounts of money before time runs out and a race mode where you are basically against the clock taking out special units along the way. 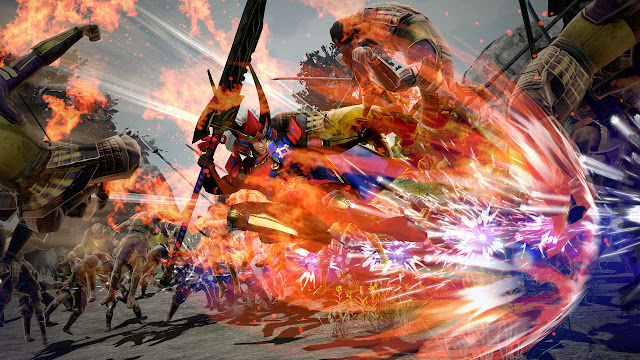 Samurai Warriors 4-II should appeal to fans of the original title and will certainly appeal to Warriors fans that missed the predecessor. While I was disappointed to see the excellent Chronicle Mode of Samurai Warriors 4 sacrificed for a more throwaway Survival one, this new mode is still quite entertaining. However, the real strength in this one is the way the various fascinating stories of fascinating heroes is retold, and as a result of that Samurai Warriors 4-II is one of the best games in the series for some time.