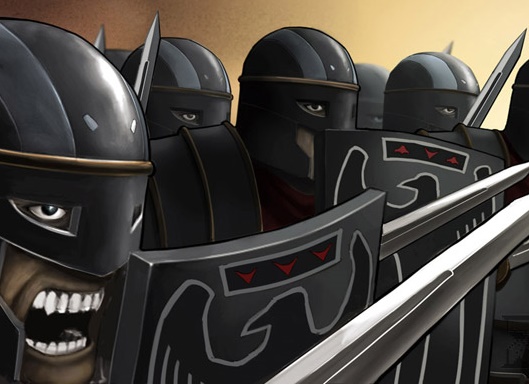 Ravenmark: Scourge of Estellion is an old school turn-based tactics game from Singaporean developer Witching Hour Studios, originally released for iOS and now ported to Steam. With its well-designed gameplay, expansive story and high production values, Ravenmark is a game with a lot to offer which I would readily recommend to any fan of strategy games.

Make no mistakes, this is a tactical level strategic game rather than an RPG or similar. There are no experience levels, no equipment, in fact there is nothing which carries over between battles at all. The units you have and their placement in each scenario are entirely preset – it’s absolutely down to your ability to command the units you are given which draws the line between victory and defeat. I see this game being compared a lot to Final Fantasy Tactics or Fire Emblem – it’s really nothing of the sort.

The campaign is laid out as a series of battles broken up with some short visual novel-style setpieces to convey the plot. There are a few characters that the game focuses on, and you’ll get to know them and their plight as the story unfolds. Don’t skip these sequences – the gameplay is the selling point of course, but Witching Hour Studios manages to tell a compelling story in its own right through the visual novel segments. 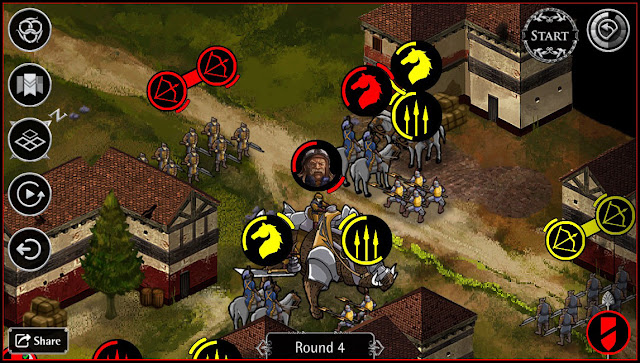 The gameplay is a turn-based tactical affair with a heavy focus on unit placement and planning ahead. In a way, combat is reminiscent of a turn based version of the Total War series – there is a huge focus on a rock-paper-scissors style system (infantry beats spears, which beats cavalry, which beats ranged, which beats infantry) and each unit has its own innate properties and uses. Engaging the right enemy with the right unit is key to success.

To complicate matters, you can only move a total of six units per turn. This is actually a pretty great innovation as it means you won’t take forever to advance a turn and then wait for your opponent to do the same – you’ll have to move the six units that matter the most at the current point in time. Combat occurs automatically if a unit is able to attack another and each unit has a few innate abilities which activate only when certain conditions are met. To further add complexity, units can be arranged to create formations which are stronger and mean you can move more of your total army in those six movements per turn, but combined units are less mobile and are susceptible to being flanked. You have to input all your orders first before anything moves, so you certainly do feel like a commander with an overarching battle-plan and an educated guess of how the battle proper will play out.

Combat is hard, although there are mercifully multiple difficulty settings for casual and hardcore players. It’s unlikely that you’ll pass a level on the first try, however, and like many other tactics games Ravenmark suffers from something I’ll call the “Fire Emblem Syndrome”, where ambushes and enemy reinforcements aren’t immediately visible as the skirmish starts so you’ll fail the first time and then succeed the second having learned exactly where those pesky hidden enemies will come from. That being said, the lack of RPG elements works in Ravenmark’s favour – Witching Hour Studios set out to make a game about tactics and you’re really forced to put your strategic skills to the test when grinding your way to victory is not an option. 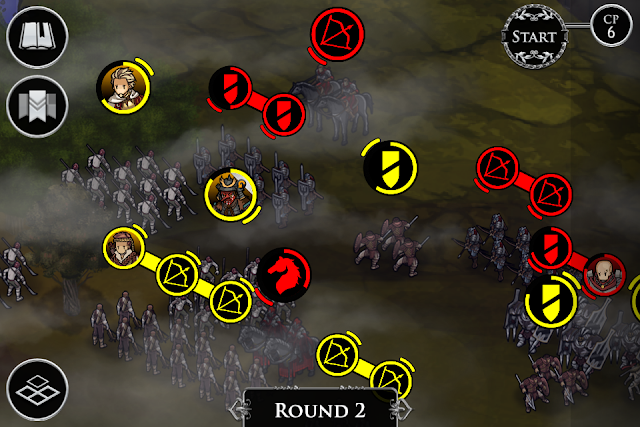 It’s really inspiring to see the attention to detail Witching Hour Studios put into crafting its game world. Taking heavy cues from the Roman campaigns against the Gauls and the Carthaginians, the narrative takes the player on a journey through a dramatic political landscape where military might is everything and charismatic personalities rally huge armies to fight for their cause. The story is naturally lofty and despite the huge scope, still manages to create some compelling and memorable characters to truly humanise the experience. It’s easy to get lost in the game’s lore, especially if you already know a bit about Roman history, so history buffs will certainly find an enjoyable ride in Ravenmark.

Along with the superb story, Witching Hour Studios cashed in with the visual and sound department, with lavishly hand-drawn backgrounds and a rousing soundtrack both in and out of battle. Every unit looks distinct, and the full body art in the visual novel sections are both gorgeous and appropriately emotive.

Overall, Ravenmark: Scourge of Estellion is an example of a really great strategy game made on a small budget. Don’t let the iOS roots fool you; this is not a casual game at all. It’s immersive and exciting, and for each battle you really feel like a commander in charge of an army fighting for your country against an enemy which threatens your freedom. Witching Hour Studios have a resounding success on its hands, and no fan of strategy should pass this one up.