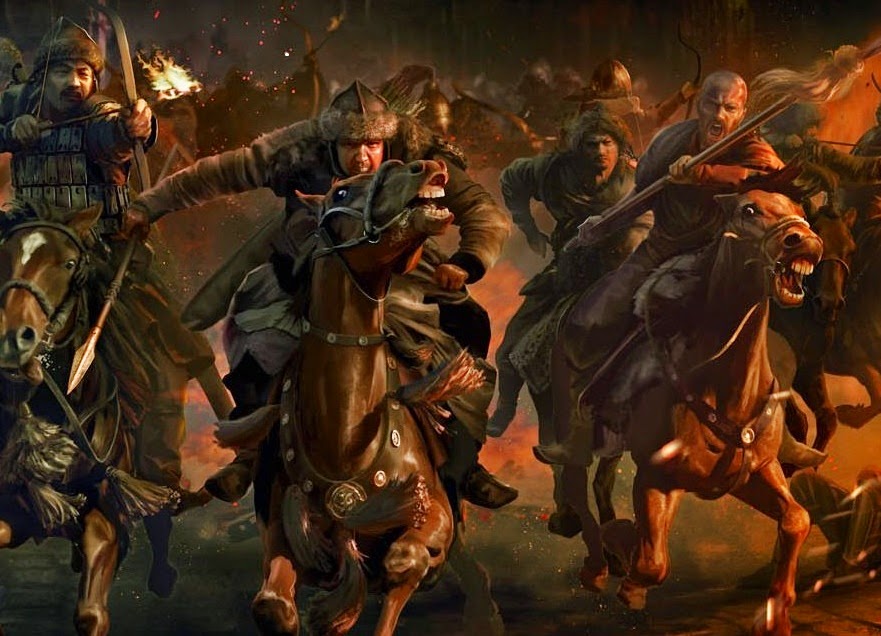 The Total War series has always been known for mixing accessibility and A-grade production values with a surprisingly deep level of strategy. These games might not quite reach the strategic standard of a title like Europa Universalis, but while is not hard to pick one of these titles up and play it, it is incredibly hard to come out completely unscathed. Victory does not come easily, but when it does it brings with it an immense feeling of satisfaction. Total War: Atilla is perhaps the best example of these traits in the series yet.

War is a bleak but common setting in games. It is, after all, the manifestation of conflict between people or ideals. There is usually a winner, though no side comes out unscathed. The backdrop for Atilla is perhaps more bleak than most Total War games, with disease, poverty, political conflict and famine serving to accentuate just how grim the times are.

With just under a dozen different factions to choose from Total War: Attila does a brilliant job of creating distinct scenarios that are strategically interesting to play out. If this was just a strategy game that played out on a battlefield, there would be plenty to like about the game. The Total War series has a well deserved reputation for being engaging when you’re on a battlefield and tactically ordering units about. But there is a lot more on your plate than tactical management on the battlefield. You’ll also need to navigate layers of political intrigue, consider the management of your resources across the map and there is the development of your economy. The military is what Attila hangs its hat on, but everything around it makes the experience that much more rewarding and, equally, challenging.

In most grand-scale military strategy games, you have adequate resources, but never enough, forcing you to start considering which direction to push out towards. You have to consider your options and look for the weakest point in the bubble around you and expand accordingly while making sure you do not give up too much in attacking that you become defensively vulnerable. With Attila, I started out with vast real estate, but I was seriously lacking for resources. I had to figure out what my empire would be willing to live without, because if I tried to keep it all, I knew I would be stretching too far, and would in fact lose everything.

Total War: Attila is an unforgiving game. Even on the easier difficulty settings where you’ll be granted greater resources and fewer enemies to play against, you still need to be careful. There are no trivial decisions and you cannot screw up and just shrug your shoulders and say, “Eh, I’ll get it right next time.” Sometimes the mistakes are not even completely your own. The unpredictable nature of combat means that your units might lose their nerve, retreating and leaving your carefully placed archers in a vulnerable position. But that is always an error that’s on your shoulders. If there’s a line you can’t afford to have break, you must carefully use your veteran units with great morale to hold it.

Individual battles can be automated, leaving you to focus on movements of armies around the regional map, as well as the diplomacy and resource management, but it is hard for me to suggest doing so for two reasons. One, you simply do better than the AI ever will on the battlefield, once you know your way around the tactics. Secondly, these slices of real-time combat are what separate the series from just being soulless turn-based grand strategy games like Civilization or Europa Universalis. Do not get me wrong – I love those games too, but the actual combat in them has always been incredibly bland.

Aside from the setting, there are two other distinctions to Attila that helps this title stand out from some of its predecessors. The most notable is how beautiful the game can look – especially up close and personal during combat. Also, the details of combat are more involved than ever. The most obvious example of this is the way fire can impact the battle. It may seem like a small thing, but the element is brilliant in execution as troops lose their nerve and react to the expanding, moving flames.

All of these technical improvements come at a cost, however. For one, a lot of PCs out there simply will not be able to play this game. Many more will find the lengthy AI turns a bit cumbersome. Having a faster machine certainly seems to improve the process. I played Attila on two different computers and my primary gaming rig made the process of turn completion less of a chore.

This version of Total War is still a very menu-heavy game. I found it to be far more approachable than earlier entries, but it still all comes down to maps, menus and numbers. Even the more political moments in the game where a decision is made boils down to some sort of formula when things are said and done. The user interface could still be better, but the team at Creative Assembly is absolutely on the right track in what must be a very difficult task in offering a friendly interface with something this complex.

Despite the long turns and multitude of menus, Total War: Attila succeeds because it gets you invested in your armies and the period of time. Because the lens is pulled back and away from the battlefield, you can still enjoy other aspects to the game such as family trees and political unrest. This makes for a more fully fleshed out experience that is accentuated by armies that will both thrill and frustrate you in equal measure. Total War: Attila expects you to lose and become frustrated, but it is right there waiting for you to learn, improve, and come back with a vengeance.