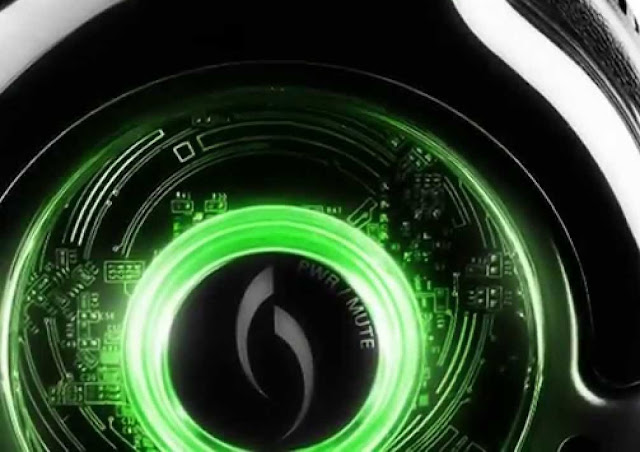 It took awhile, but we finally have quite a few quality wireless headsets coming out for both the Xbox One and PlayStation 4. As with any headset, you have three major factors to consider: sound quality, microphone quality and comfort. The AG7 is easy to set up and it looks sharp, but how does it hold up on those other three qualities? The answer differs depending on which aspect you are examining.

First,the build of the headset itself should be discussed. While the flash of the Afterglow headsets usually does not matter much to me, I enjoyed seeing a green light instead of the usual blue I have experienced with their other sets. The option to turn off the lighting is also nice since in the past I have found it mildly distracting when I was playing games in a dark room and the cups were giving off light.

Connecting this headset is really a snap. It comes with a USB dongle so that the experience can be completely wireless. This is a huge boon for users who simply do not like having wires hanging down around their hands and arms, or dislike using the wired adaptor that gets plugged into the base of the Xbox One controller. I was also surprised to see that it worked on my Windows PC when I plugged the dongle in. Usually with these things you have to simply settle for using a 3.5mm audio cable to connect it to the PC. That is still an option however, also giving this headset the ability to work with mobile devices. Given the somewhat flashy nature of the cups and its heavier design than some other headsets, I probably would not take these out of the house much for that purpose, but I like having the option. 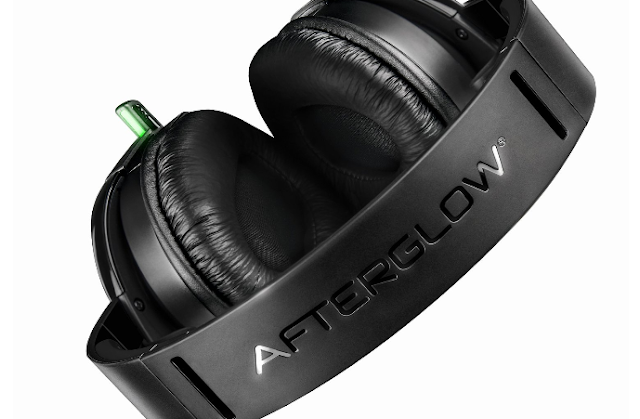 Speaking of the weight, that is likely attributed in large part not only to the lights, but the sturdy design. Everything about the headset is thick, making it less than ideal for travel, but durable for regular home use. The padding on the underside of the adjustable headband keeps the weight from becoming overbearing and the pads for your ears are soft and do a nice job of keeping ambient sounds from escaping or sliding in. They are not noise cancelling, but they do help diminish noise pollution well. The pads wrap around your ears, so they are large and thick. This makes them soft against the side of your head, but they can get a little warm during extended use. All in all, I would say that the AG7 is a reasonably comfortable headset despite its somewhat bulky nature.

The area where this headset does not hold up quite as well is in the microphone. The boom microphone is listed as a noise cancelling one, and perhaps it is an overly ambitious one because it really seems to muffle the audio. I would not go so far as to say it was hard for my friends to hear me, but I was not loud and clear to them by all reports. When we were in a party, my voice was the quietest of the group – on that they could all agree. However, in person, I have one of the louder, clearer voices, so the difference was noticeable. This is where I once again had my son assist me in testing the product, because he is an avid online gamer who chats with his friends on a regular basis. Not only does that make him a good guinea pig due to frequency of use, but he is also far more soft-spoken than I am. He was definitely having to speak up louder than he normally would when using these, because his friends also indicated that my son was hard to hear. Perhaps the fault is not just in the noise cancelling technology used, but also the physical design of the boom microphone, which does not seem to extend out as far as others I have used. Either way, this is without a doubt the weakest aspect of the AG7 in our testing.

On the flip side, the sound quality is one of the best I have seen so far for a headset of this price (just under one hundred dollars). There are two audio settings you can toggle between: Pure Audio and Bass Boost. I have used Bass Boost in the past on other headsets and sometimes it gets to be ‘too much’ for the drivers, which wind up crackling and distorted. Here the headset held up beautifully, really capturing the low rumblings and explosions nicely. Of course doing this does limit the quality of the overall audio range, so most of the time I just kept the headset on Pure Audio. Doing so gave me the better experience with music, dialogue and overall gameplay. These worked well for listening to music or watching movies as well, showing off the breadth of their audio range. It is an almost odd contrast when considering the microphone’s shortcomings, because the sound quality of this headset is on par with some that you would pay twice as much for. 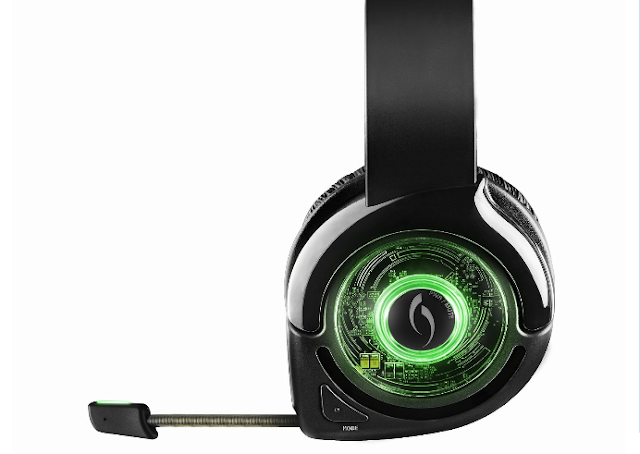 The PDP AG7 is a bit of a mixed bag, so your mileage probably depends on what you plan to use it for the most. If you are actively looking to game chat regularly with friends or to use this as a set of headphones on the go, you will probably come away disappointed. However, if you are looking for quality audio, durable build and a bit of flash to go with it, the AG7 is the best bang for your buck on the Xbox One that I have seen yet. My personal preference is the latter as I use it more to hear the game and block out my family’s chatter (but I still love you guys!) without being bothered.