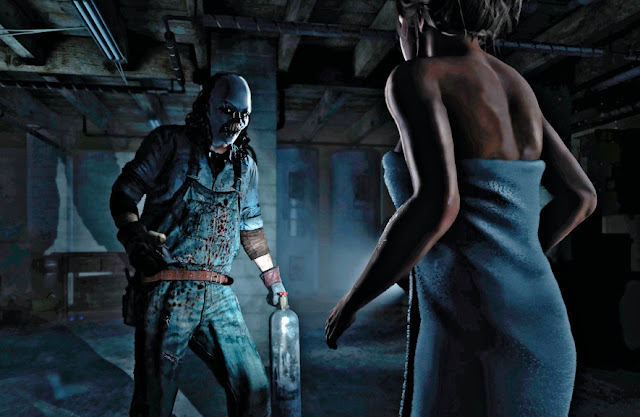 I love slasher and stalker horror films. Before I was legally allowed to watch them, I was devouring stuff like Friday the 13th, Halloween, the Chucky films, an even the more obscure stuff like the Leprechaun series (Jennifer Aniston back in the day…).

Related reading: Here are ten of my favourite horror games that we’ve seen over the years.

Later on at university I actually studied these horror genres, where I learned how to intellectualise them, which helped me enjoy them all the more. So I watched more and more of them. These days I’m a savant in the horror genre. I show up at a trivia night and when there is a horror film question, all eyes turn to me. I’m not sure if that’s something I should be actually proud of, and I know that should I ever have children I will need to have a very big safe to store my DVDs away from my kids, but I really do know everything about horror, and to this day it’s something I actively keep up with.

What has always struck me as strange is that despite the enduring popularity of these horror film genres, there have been precious few attempts to do the slasher and stalker horror style in games. You’ve got Clock Tower and Haunting Ground, and more recently stuff like Amnesia is vaguely reminiscent of some of the elements of a stalker or slasher horror film, but Until Dawn is, as far as I can tell, the first real attempt to do real slasher horror of the style of Friday the 13th in videogame form. 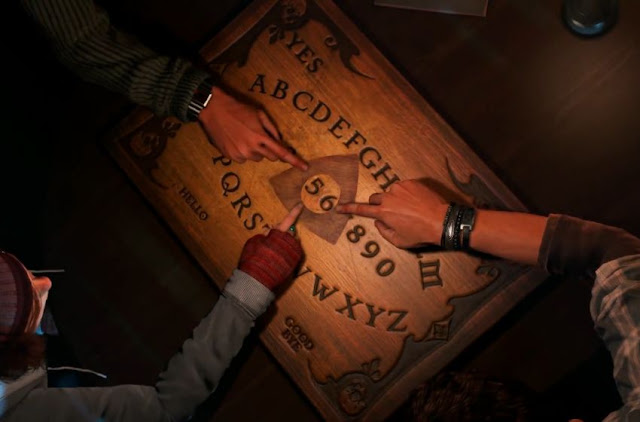 At a recent preview session I was able to experience the opening act. I’m not going to try and do any analysis of what I saw and experienced, because it left me with too many questions and I’m not going to even try and draw conclusions until I’ve played the full game, but I have got some observations to make early on:

In terms of the style of the game, if you were to take a Telltale Games project, and give it the production values of a David Cage game, you’d be more or less at Until Dawn. Unlike Telltale Games’ work, Until Dawn looks good and is free of the shuttering frame rates and cheap character models. The motion capture of real and recognisable faces from Hollywood (including Hayden Panettiere who is just hnnngggg and Peter Stormare who is just frightening) is superb, representing some of the best character models we’ve seen in a PlayStation 4 game to date.

But unlike David Cage’s games, Until Dawn is not subtle about letting you know that your decisions will impact on how the narrative plays out. You’re constantly barraged with binary choices to make that will determine what happens further down the track. And, because this is a slasher horror game, the decisions are literally a matter of life and death. I’m told that there are something like 50 endings in Until Dawn, and it is possible to “save” everyone in at least one path. I… wasn’t on track to save everyone by the end of the demo session. 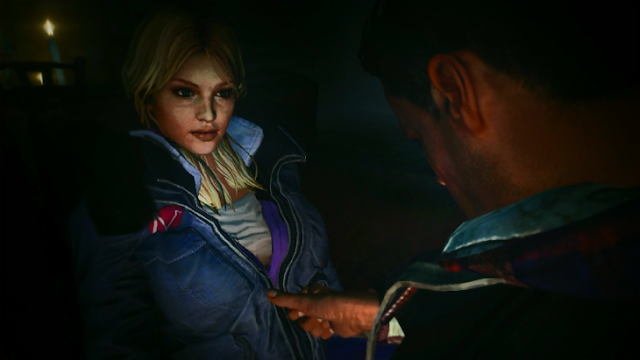 Interactivity is quite simple, and there’s an annoying reliance on motion controls and movements which is reminiscent of David Cage’s own Achilles Heel. This is very much a storytelling experience, but with such a cinematic approach to its aesthetics and its promise to be quite lengthy, I’m quite certain I’m going to devour this on release.

And to highlight just a couple of concerns with the narrative (because I can’t help myself) – I’m not 100 per cent sold that with so many narrative paths the developers will be able to keep characterisation consistent throughout. Even in the opening chapter there are some moments that struck me as odd, until I realised that it was probably something I did beforehand that made things play out that way.

And I’m also concerned with the thematic design of the game. Intergal to the slasher/ stalker horror genre is the way the genres explore eroticism and sexuality, as horror has traditionally done since horror has existed. In the opening act of the game there was some sexualised humour, but I am concerned that the game industry’s sensitivity around sex themes will mean that the off-colour jokes are as far as the game pushes things. Should that be the case some of the thematic density that differentiates the horror classics from the weaker homages will be lost. 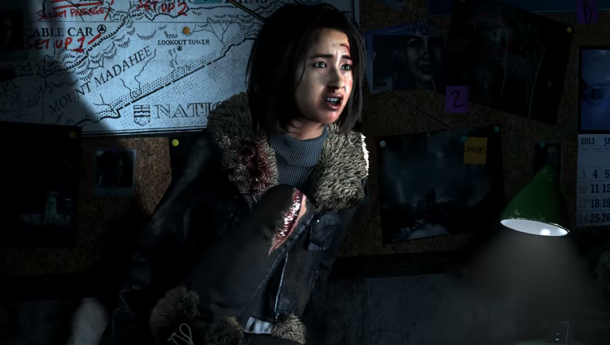 But I don’t mean to pre-empt my response to the overall game, because it would be unfair to draw conclusions about the narrative when I’ve only experienced a fraction of it. What is pertinent from my preview sessions is that I came away looking forward to Until Dawn more than when I started playing it. And given that it was the only AAA-blockbuster that I was looking forward to this year, that’s something.