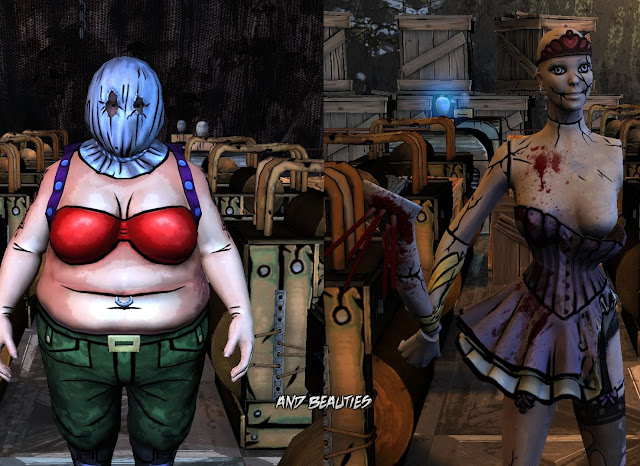 BRAWL is a title that generally gets things right. A couple of bugs and sketchy framerate now and again are easy enough to live with because the game itself is a lot of fun, especially with friends. The bigger issue is is that this is a game that benefits greatly from community involvement, yet does not feel like there is a lot of community that wants to support it, and that may shorten the game’s life expectancy.

BRAWL has an interesting history, and right away that gave it a bit of a negative reputation. First, this is similar to, but not the same game made by the same studio for the PlayStation 4 called Basement Crawl. With that title, the development team had clearly gotten in over their heads with that release, and it was a flawed, buggy product that was universally (and rightfully) panned. Obviously when comparing the two games, it is easy to see that BRAWL is an evolution of that game, but it should not be held accountable for those mistakes. It is a better title in every way.

The other immediate comparison to be made is to the popular Bomberman franchise. There are certainly similar layers of strategy at play here. You dart around boxes, laying down explosives that will hopefully do in your opponents. The similarities are obvious, but BRAWL’s dark, monster theme and unique moves and characters help to set it apart. I spent entirely too much time playing Bomberman on my NES a million years ago, but over the years the little fellow has remained relatively generic. Here you have eight different characters with their own back stories and unique attacks, which adds variety and a freshness to the formula. A small, blind girl and her demonic teddy bear make for a terrifying knife-wielding opponent that is far more memorable than anything from the Bomberman games. 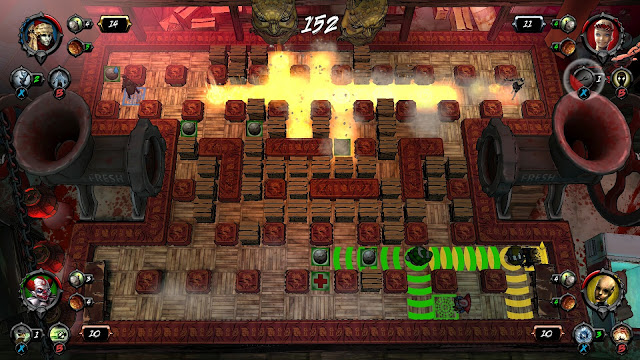 The single player campaign is a welcome mode. It is centered around a dark, mysterious location called The Emporium. Anyone recall seeing that Christmas special with Rudolph and the Misfit Toys? Well, this is sort of like that: a home for forgotten toys hellbent on destruction. The Sad Clown is perhaps not as hauntingly memorable as our aforementioned blind girl, but his sneeze bomb launch is unique all the same and his own back story is worth experiencing. Credit should go to the team for coming up with some truly interesting back stories for these characters. The biggest issue that I have with the single player campaign is just how tough it gets. I am all for a challenge, but games usually have gradual difficulty increases, but the spikes found here are unforgiving and wind up dragging down the experience.

However, BRAWL was not built with single player in mind. It is a great way to experience some of the story and to learn the game’s basics, but the true fun is in finding friends to blast away at. Because the characters look and act differently, the playing field feels unique. The characters are fairly well-balanced, but these different styles help to keep things fresh. There are different modes as well, from simple versus to the incredibly surprising Color Domination mode (think Splatoon-like, in which players use their bombs to spray paint all over the place). There are even modes for those people who want to work cooperatively instead of competitively.

The controller support is solid. I had no issue hooking up two completely different controllers and going at it against my son in competitive local play. The online support is there, but I really struggled to find games. I got into a few, but this is my biggest concern. Is it just that there are problems with the online code, or is it that there just are not that many people playing? When a game is clearly built with multiplayer in mind, it is a bit worrisome when there is already a lack of online competition. Thankfully the local gameplay holds up well, and is really the best experience anyways. Blasting someone with your demonic toy is all well and good, but like a fighting game, it is more fun if the person is right there next to you for bragging rights. 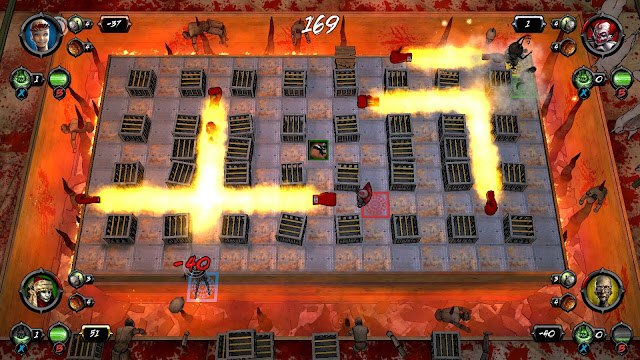 Related reading: For a second opinion on the game, check out Brad’s review of the PlayStation 4 release.

BRAWL is a good, but not especially innovative, action game with a nice layer of strategy built into it. The different characters and plethora of modes show that Bloober Team was able to learn from its mistakes and craft an enjoyable title. Basement Crawl was a disaster on most levels and a game that many people would probably like to forget, but I say good on Bloober Team for using that game as a foundation and sticking with its vision until it got things right.