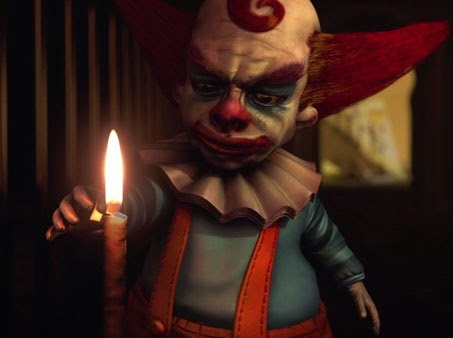 Right now, as I sit down to review this game, Basement Crawl is a broken mess, but the developer, Bloober Team, understands this, and in an open letter to the community has admitted the game’s technical flaws and promised that it is working overtime to fix them.

It’s an online multiplayer-only game with connection issues, lag issues in the game itself, as well as a poor spawning system. In short, it’s a Bomberman clone where you’ll spend half an hour trying to get into a match, and then that match will involve you respawning right in front of an opponent and get blasted into oblivion again immediately over and over again.

Bloober Team is also promising a single player game mode and a tutorial to explain to players how to actually play the game before sending them to their deaths in the online multiplayer. So I’m not going to criticise the game based on its flaws, or its lack of gameplay modes. In a normal review I would, of course, since they all but ruin the game’s value, but out of respect to the game’s developers and the promises to fix the problems I’ll give them the benefit of the doubt.

But I’m still going to recommend people stay away from this game. Even if Bloober Team manages to fix every single issue in the game, it’s still a conceptual mess that just doesn’t work.

The game kicks off with a genuinely creepy introduction. It seems a young girl lives locked up in a basement by her grandmother, surrounded by creepy toys, and then her grandmother dies, leaving her locked up in the room… and the game then has absolutely nothing to do with that concept. 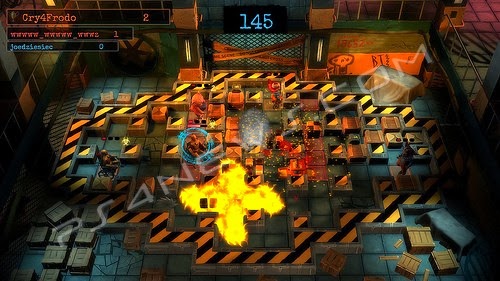 Instead the toys fight out Bomberman-style battles over and over again with no apparent purpose or goal; just the mutilation of the other toys. I assume the idea is that the girl’s been driven insane and is imagining her toys engaged in brutal warfare, but the game never makes this clear.

Then there’s the the simple reality that a fun party game such as Bomberman doesn’t gel with a horror theme in the slightest. It’s like mixing fish and ice cream – both are fine foods by themselves, but combined the flavour is horrible.

Bomberman is a game of fast action and quick thinking. There’s no emotional connection to what’s going on, but rather the appeal of Bomberman taps into the same competitive spirit of a good sport, where players test their skills against one another for points and bragging rights. To describe it in very simple psychological terms, on the “flight or fight” sliding scale, a game like Bomberman taps into the set of thought patterns linked to the “fight” response. 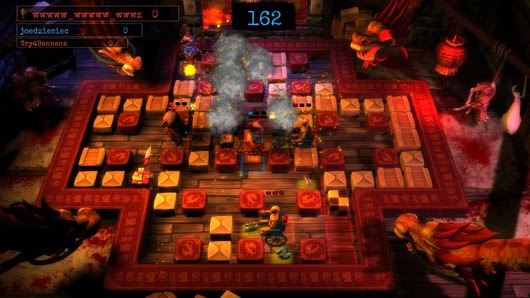 Horror, meanwhile, needs to engage with the “flight” response in order to be effective. The goal of horror is to get people thinking and anticipating; what’s going to be around the corner, how to escape from that monster. Survival is the ultimate reward. Quick thinking is common to both genres, but the aside from that, there is nothing common between Bomberman and the horror genre.

Trying to cram the two concepts together results in a game doesn’t work. The horror aesthetic means the game lacks the fun, entertaining charm of Bomberman, and even in local multiplayer players aren’t going to be in hysterics when a friend accidentally blows themselves up in a risky manoeuvre trying to snatch the win. Basement Crawl is too grim for that kind of fun. But on the other hand, there might be a horror aesthetic to Basement Crawl, but genuine horror? No. There’s no sensation of consequence for getting things wrong. You just lose a meaningless multiplayer match. Outlast this is not.

So I simply don’t see where this game’s appeal lies. Even once the technical flaws are repaired, and even after I have a better understanding on how to play following the implementation of a tutorial, I still can’t see myself having more fun with this game than I would playing a good Bomberman game, or a decent horror title.