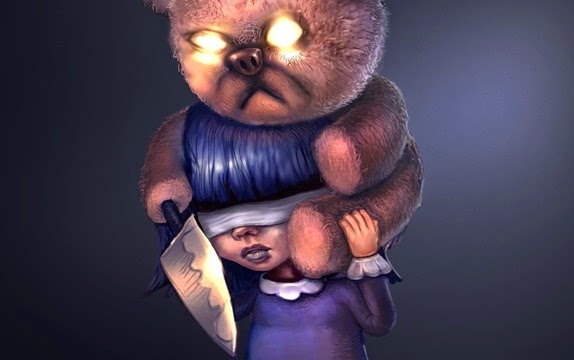 I can picture the team meeting in Bloober Team’s office when BRAWL was first envisioned. I imagine much of the team, having completed Basement Crawl, were quite mortified at the public response to their attempt to recreate Bomberman with a horror twist, and figured they’d try and do it right a second time around. That’s BRAWL. For the most part this works, but tellingly, what Bloober Team were most successful in was making me crave a new Bomberman game (make it happen, Konami!).

Related reading: To understand where BRAWL comes from, check out our review of Basement Crawl.

BRAWL is somewhat of a redemption title, it’s another attempt at essentially the same game as Basement Crawl that seeks to address the criticisms held of that game (it’s also free to people who purchased Basement Crawl, which is generous of the developers). While I have not personally played Basement Crawl, and as such cannot claim that BRAWL works better, I can tell you that BRAWL is a game that is mostly satisfying to those who need a bit of a Bomberman fix.

BRAWL is played with an isometric view, and a variety of characters feature here, dropping bombs around each level or arena in order to blow up enemies or rivals. Fans of the 16-bit era Bomberman games will know exactly what to expect here. BRAWL comes with a story-mode, which serves as a tutorial on how to best use bombs, and to utilise each character’s unique abilities. For instance, the Sad Clown can reverse opponents’ controls and sneeze bombs across the field of play, while the Puppet Mistress can slow opponents down and also stop them in their tracks. These abilities are introduced well in this story mode (which as a bonus is narrated by Erik Braa, the voice of Draven and Jax of League of Legends), and give a small backstory of the characters to keep the engagement level up. 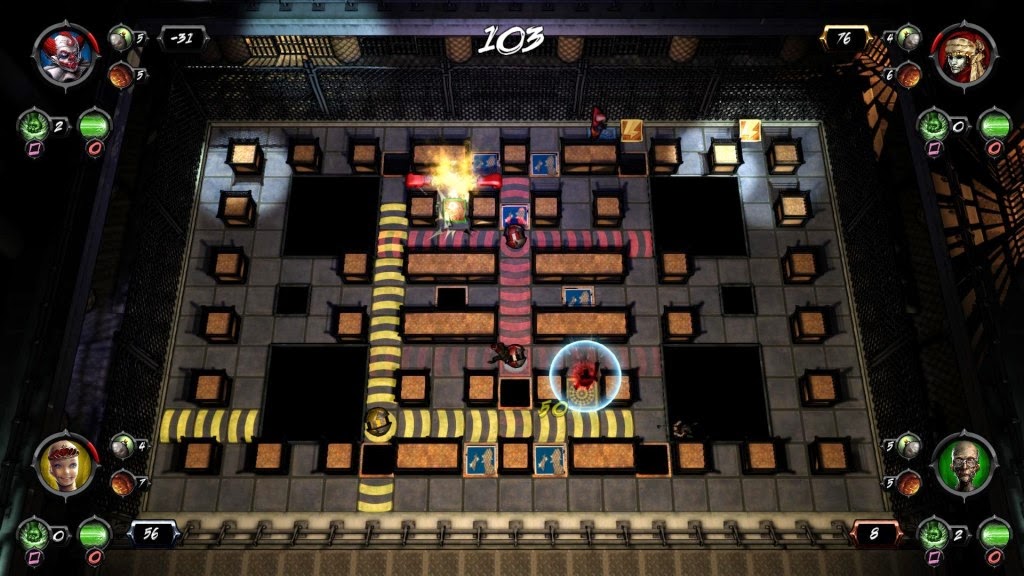 The abilities are also introduced one at a time, so as to ease the character into using their abilities well. The AI starts of relatively simple, but the difficulty curve is rather steep, with enemies seemingly knowing where exactly to place themselves so that they remain completely out of danger. Players unfamiliar with this style of play may find it quite off-putting, as I haven’t played a tutorial this difficult since Gran Turismo 2.

The meat and bones of any game like this, however, is its multiplayer. Fortunately, Local Multiplayer remains as fun as any Bomberman game. The dark, moody settings may not exude party style fun like the bright and colourful Bomberman series, but it does an ample job of bringing people together and having a sadistic laugh at others’ expense, and honestly that’s what this is about. There are different modes to cater for different moods as well, with standard modes where the objective is to blow your opponents up as much as you can, a Sumo mode where boxing gloves explode from bombs and push opponents off the sides of the arena, and a colour domination mode, which is what would happen if Michael Bay directed a film based on Reversi (hint, colour as much as the level as you can with EXPLOSIONS!).

There are a couple of downsides though. If you do not have any friends to play with, the AI is quite punishing, with no way to change their difficulty level, the only mode I can actually beat the AI in is the colour domination mode, because I like to constantly lay bombs everywhere all the time. The other downside is when the character does drop a lot of bombs, the resulting explosions all over the level cause quite a drop in framerate, and for such a simple game on a PS4, doesn’t feel right at all. 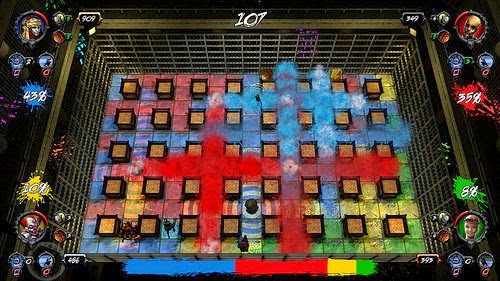 As for Online Multiplayer, at the time of this review I was unable to test this, as the search for people to play with is now sitting at half an hour as I type this review, it’s not the first time I’ve tried, and I still can’t find opponents to play with. This is a shame, really, as multiplayer really is what can make or break a game like this, and online multiplayer is the only way to go when you don’t have friends to play with locally. But I have to question the netcode when the developers couldn’t deliver a local multiplayer mode without framerate issues.

BRAWL is by no means a perfect game, but it does well enough to join the ranks of party games I will be playing when friends come to visit. The game is unforgiving when it comes to the AI, and some players can learn from this while others will be destroyed constantly, which is unfortunate. With some tweaking here and there and adding difficulty levels, BRAWL could be amazing. Taking the game as it is, however, I have to say that I would really only pick this up if I had people that I could call up for an evening of beers-and-bombing.

Ar nosurge is coming to your PlayStation Vita very soon