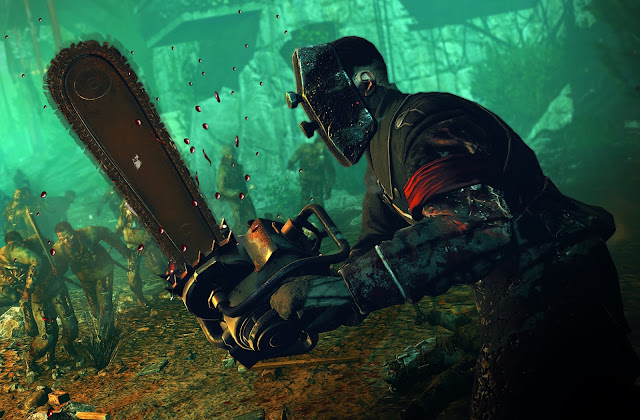 Zombie Army Trilogy plays like a second rate movie starring plenty of action and sometimes chuckle-inducing horrors. The idea plays out like an old 80’s action flick but set during World War II. Hitler, in a last ditch effort to stave off his enemies, has unleashed zombie plague on his armies that will hopefully give him the upper hand. The end result? Lots and lots of zombies to shoot.

On the surface, I have a hard time thinking of two more overplayed topics. Zombies. Shooters. I mean, Call of Duty has a whole mode dedicated to this combination, and it’s starting to look generic and overdone everywhere. What I like about this title is that it is built on the Sniper Elite backbone. Specifically the first two Zombie Army games were variants of Sniper Elite 2.

Because the sniper class is always my favourite in any shooting game, I naturally gravitate towards these games. Still, the idea of zombie hordes versus a single shot weapon sounds like a rough mix. It certainly can be, and the engine ends up behaving much more like a standard shooter than the relatively innovative focus of the games that it is based upon. In other words, I used my secondary weapon a great deal more here than I do in the Sniper Elite games. 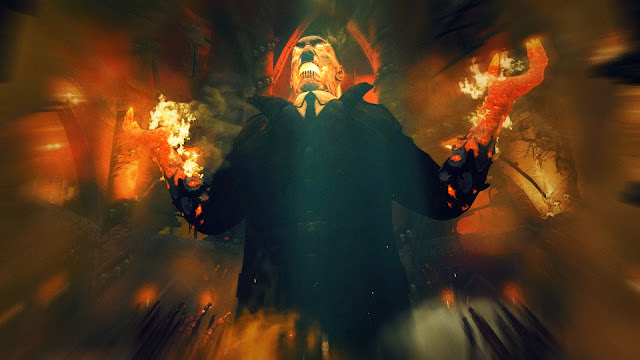 There is a B-movie style to the visuals, the controls and the characters that feels right at home, however. These help to cover up some of the more glitch-filled moments. Animations don’t look right when you shoot a shambling undead (they are mostly zombies, but not exclusively), and while there was a greater open world style to the third Sniper Elite, Zombie Army Trilogy is held back a bit by very linear gameplay. Essentially you move from one point to another, trying to survive waves of undead hordes. But on the positive side, because of the regular need to get out the sniper rifle, Zombie Army Trilogy’s combat is slower paced and a bit more cerebral than the typical spray and pray you see from a title like Call of Duty. The end result is a more rewarding experience.

As a single player game, Zombie Army Trilogy really does not hold up all that well due to uneven difficulty. However, there is a similar appeal to playing with friends that is found in popular games like Evolve and Left 4 Dead. Each character has their own personality and you have to learn to play well with your team mates. There are things you can do individually that improve the odds of survival (not missing the carefully timed sniper shot being perhaps the most important), but at the end of the day this is a game all about teamwork.

From that perspective, Zombie Army Trilogy really succeeds. The multiplayer elements are simply a great deal of fun. You will learn to use teamwork to succeed, and I can absolutely appreciate that. So while on the surface one might mistake this title for a Call of Duty zombie mode, the lone wolf approach here will get you and your team killed. This works better with friends than random people who drop in and that you are not communicating with. 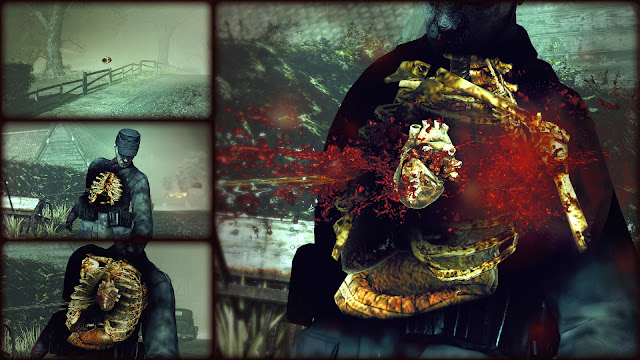 I do wish there was more story to speak of. You get a blurb of background information when you choose a character, but that is really the extent of the narrative. I am not expecting great writing here by any means, but this is a title that really would have benefited from embracing its B-movie vibe and put some crazy story elements in there. In terms of the games themselves, as the title indicates, this is a trilogy. The first two games are familiar territory for fans of Rebellion’s games. Here they get a nice visual update, but the third and new chapter is the stand out of the three. In total it takes a little over a dozen hours to blast your way through the waves of zombies and see the game’s final credits.

Thankfully for those who really enjoy the visceral x-ray angles from perfect sniping shots, this title supports that in all of its over-the-top gory glory. Zombie Army Trilogy is a culmination of things that are all done well, but not great. There are bugs in the animation and world, the game difficulty is uneven and it feels like a second rate action/horror movie from the 80’s. Of course, that vibe can also work for a game, and for the most part it does here, even if I think the team could have done even more with that aesthetic.

Oh God it’s happened: Risette from Persona 4 and Hatsune Miku have come together