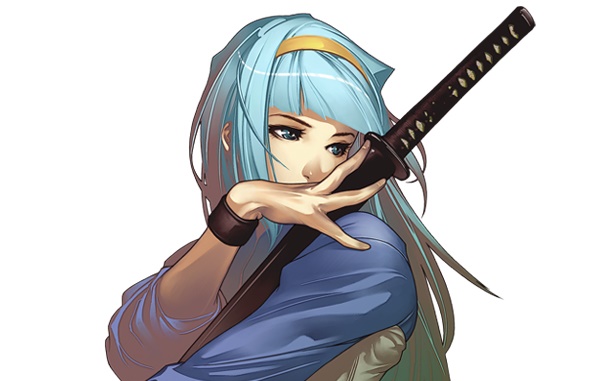 Yatagarasu: Attack on Cataclysm is a difficult game to review – in fact I feel like I should write two separate ones: one for people new to the fighting genre and another for the core fans. It’s a game which aims to mimic the glory days of the 2D fighting genre, taking inspiration from Capcom’s Street Fighter and SNK’s King of Fighters series. Yatagarasu’s design is geared heavily towards the competitive and there really isn’t much to entertain the single player, so much of the title’s appeal depends on the community it develops and whether players commit to getting better at the game.

This is a competitive fighting game at its core, with flow and balance as a key focus of the developers’ efforts. Yatagarasu is a doujin effort from a small team of ex-King of Fighters developers, and anyone following the fighting game scene will attest to the effort and hardship the studio have faced in trying to complete and publish their game. Due to the small team size, there’s not a whole lot to offer in the game aside from the robust fighting system, but fans of tournament style play will be delighted by Yatagarasu’s balance and character diversity. There are currently eleven characters of varying backgrounds and playstyles, including the classic Ryu-clone, sword wielders, a boxer and an unexplained evil force. I fiddled around with every matchup and couldn’t see a situation in which one character had a supreme advantage over another, although there are certainly favourable and unfavourable matchups in the roster.

Fighting games are known for being laconic on their stories, but Yatagarasu takes sparse plot to another level. Fight dialogues in the arcade mode only happen occasionally and don’t amount to much more than justifying why two characters need to fight. At other times, it’s not explained at all. There is an overarching story about ninjas, Japanese industrialism, human experimentation and international espionage, but it is so far-fetched and insignificant to the whole package that I suspect most players will ignore it outright. What I do enjoy immensely however is how much character the artists managed to imbue into the sprites and move-sets. You really get a sense of who your fighter is as a person through their fighting style, which makes it so much easier for you to develop a favourite in the roster. 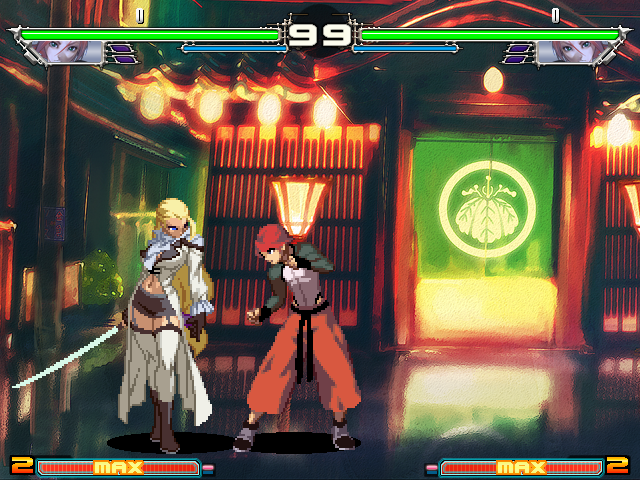 Yatagarasu features two separate arcade modes; one “classic” mode where you play as a fighter experiencing their own story and another in which you get to find out a bit more about the game’s setting and world. There is then a free versus mode, a training mode and online play rounding off the package. Online play is ranked, but at the time of writing I had tremendous difficulty in securing a match since my assumedly non-Australian opponent would take a look at my ping and immediately disconnect. The ladder system is robust however and a good way for seasoned fighting game fans to test their skill. Yatagarasu unfortunately lacks any trophies or unlockables for the more casual player however, which is a shame because the game’s art is consistently gorgeous.

Looking deeply at the mechanics, Yatagarasu’s systems play out a lot like Street Fighter: Third Strike, down to the somewhat slow movement, punchy specials and precise parry system. Yatagarasu isn’t about pressing impossible button combinations or stringing together huge combos (the most difficult thing you’ll need to know is probably a shoryuken input: forward, down, forward-down) but instead about using the right move as the right time. There are four attack buttons in a setup very similar to King of Fighters – a light punch, a light kick, a heavy punch and a heavy kick.

For the player uninitiated to the fighting genre, however, Yatagarasu will prove to be a frustrating experience. The training mode is helpful and tracks your inputs, and each character has a list of specials accessible at any time. The advanced tactics, however, are assumed knowledge. You can power up your specials by pressing both the relevant buttons (such as pressing the light and hard punch buttons at the same time), you block automatically by pressing the back button and you throw by pressing the light punch and kick buttons at the same time. None of these are explained in-game, although they’re similar enough to other titles that the developers just don’t bother wasting their time on an in depth tutorial. 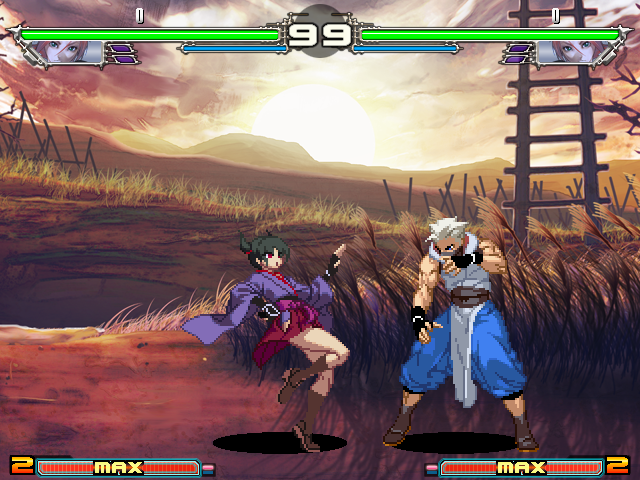 The parry system is similarly glossed over; pressing either the high or low parry button at the same time your opponent lands an attack will block it entirely and leave your opponent vulnerable. It’s incredibly difficult to pull off and not entirely essential in the single player mode, although it’s a key way to gain an edge in a competitive matchup. Memorising the timings of each character’s attack takes time and practice, so there’s certainly depth available for those seeking it.

As for game speed, Yatagarasu is happy staying at a relatively slow pace, allowing for more focus on mindgames. Figuring how to approach your enemy safely, deal damage and get out is a key aspect of the meta, and most characters have some kind of mobility option in their arsenal of special moves. This is a game about reading your opponent, punishing mistakes and playing cautiously.

A curious addition to Yatagarasu’s design is the addition of a commentator system, in which prerecorded voice clips will make comments on how the fight is going in order to mimic a real competitive environment. The original release featured three Japanese commentators whose enthusiasm I find charming (although I’m sure there are others who won’t), but the international PC release also includes three English language commentators. Their comments range from slightly useful to mildly embarrassing to incredibly offensive, and it wasn’t long before one of them made an off colour joke and I decided to turn them off. 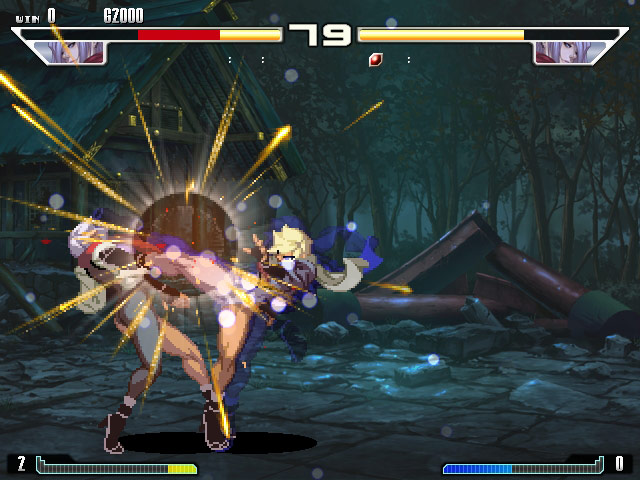 Yatagarasu: Attack on Cataclysm is clearly a title designed with the fighting game community in mind, and fans of Street Fighter: Third Strike and SNK’s catalogue of fighters will find much to enjoy with Yatagarasu. Unfortunately, it’s not a very complete package largely alienates anyone who isn’t already familiar with fighters, making it a tough sell for people looking for a casual experience.