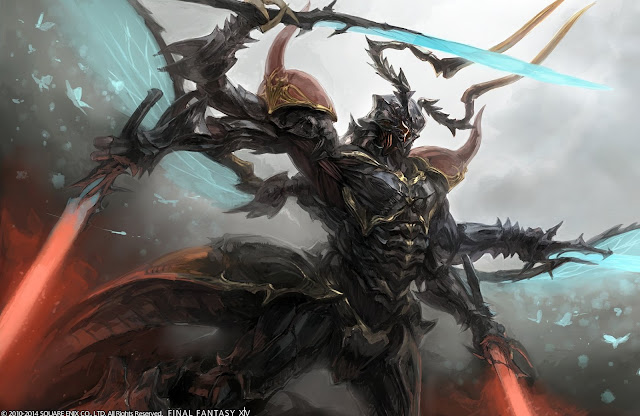 Most people know the story of Final Fantasy XIV by now. The original game was a bomb, but because it’s Final Fantasy and Square Enix couldn’t afford to let it die the company brought its MMO superstar,  Naoki Yoshida, on to the project to completely reboot it and effectively start from scratch.

The result was Final Fantasy XIV: A Realm Reborn, which has been a massive success for the company. This game features a quality, traditional Final Fantasy story to ease players into the MMO format, and then plenty of quality post-game content to keep them grinding away for loot thereafter.

There’s been a constant stream of small updates since then, but Heavensward is the first major expansion for the MMO, and it adds a whole load of content to the package. The most obvious stuff first: there is a new playable race, the Au Ra (not so relevant to me, as I have my Amelia, but they are awesome looking). There’s also three new character classes in a Dark Knight, Astrologian, and Machinist. Finally, there’s a new level cap at 60 (up from 50), and the rate of experience accumulation is at such a point that those 10 new experience levels are a slow, but very rewarding, grind. 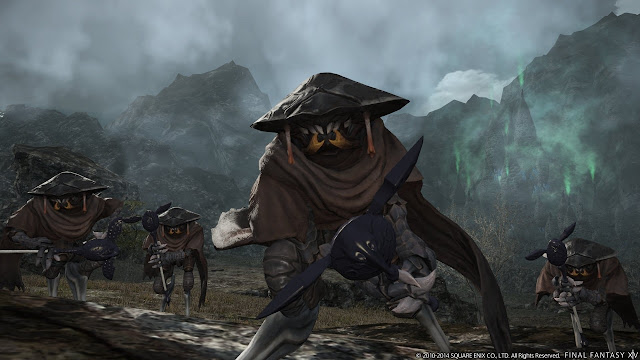 There’s also new areas to explore, with Ishgard and Dravania forming a core new set of regions to explore, for very high level players. Tying all this together is new story content. Now I’m not through all of it at this stage, but there’s supposedly about 50 hours of new story content to play through, before you get into all the other extras. And there’s all kind of fun new extras to unlock and earn, including flying mounts, and a red panda pet character that is useless mechanically, but absolutely adorable. The narrative, as far through as I’ve worked, is really impressive stuff. After the main Final Fantasy XIV game ended up on such a epic note I wasn’t sure how this one would follow on, but without giving too much away, the appearance of a warrior of darkness to clash with your warrior of light is timeless, vintage Final Fantasy stuff that does manage to one-up the main campaign and provide players with a sense of escalation beyond even those highs.

And of the new dungeons I have explored, I have found their designs to be a cut above even the best of the main game’s dungeons. Each labyrinth is a new visual feast for the eyes, and while they all follow the same format (run through a mostly linear dungeon, killing many hordes of enemies and a couple of minibosses on the way to the big boss), these ones do a good job in throwing in traps and unique challenges to keep the dungeons interesting and exciting the first time through, while remaining challenging enough on subsequent runs.

It probably goes without saying, but all of this content isn’t going to mean anything to anyone who hasn’t completed the main quest, because it has been specifically designed for people who are existing fans and looking for some new excuse to keep their subscriptions going. For newcomers, you’re looking at around 120 (or more) hours just to get up to the Heavensward content, which is well worthwhile doing, and I do recommend anyone who hasn’t started playing the game yet do so, but it’s simply worth keeping in mind that you might not need to invest in the expansion just yet. 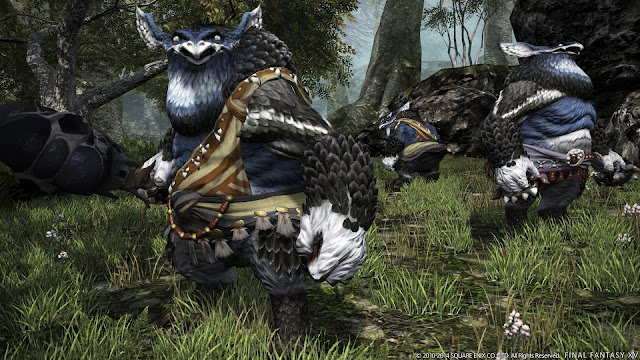 Final Fantasy XIV is a gorgeous game, and remains so with the additional content. Yoshida mentioned prior to the release of Heavensward is that the aesthetic for the new regions would take a subtle turn towards a European style of the gothic in order to fit with the darker kind of fantasy that runs through the narrative. The team has been reasonably successful at doing this, it must be said. Without losing its sense of fun and the classical Final Fantasy aesthetic, Heavensward’s new environments do have a slightly different tone to them. It’s still one of the most beautiful games on the PlayStation 4, and the visual variety from one area to the next remains incredible. I’ve taken over 2,000 screenshots in this game, simply because as I’m wandering around I’m constantly finding new things that have delighted and wowed me, and Heavensward is definitely a continuation of that.

There are some slight problems that have been a persistent thorn in the original release of Final Fantasy XIV, and these issues haven’t been resolved in the expansion. It needs to be said that none of them ruin the overall appeal of the game, but are slight deficiencies that have remained disappointing. The first is a quirk unique to Australia and some other ‘minor’ regions where the game is played; the last of dedicated local servers means the big, sweeping, area of attack attacks by bosses and the like are that much more difficult to avoid. My default character is an archer type, and therefore fairly squishy, and rarely I find myself getting knocked out by single attacks that I have less of a chance to avoid than I would like. The big glowing circle that pre-empts an attack is meant to give you a couple of seconds to escape, but thanks to the lag I have less time to get out of the way than I should. Thankfully a good party with experienced tanks that are able to hold the enemy bosses’ attention are easy to come by.

A second issue is the dungeon match-up system. At numerous points there are mandatory dungeons to complete quests, and while it’s easy to register to do a dungeon and then run around doing other things while you wait for the match making system to pair you up with a group, there have been times where I’ve been on full servers and still had to wait for an hour to do one of these critical dungeons because it just isn’t that popular with other players. This has become more difficult now that there are a bunch of newer, more exciting dungeons for veteran players to explore. 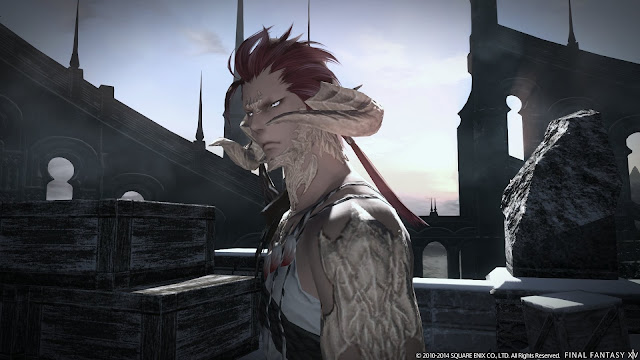 The third issue is the players themselves. For the most part the people of Final Fantasy XIV are helpful, friendly souls, but in dungeons, players who have already completed cut scenes tend to skip them, and while you can continue watching them, the other players can continue playing on, which can lock you out of important boss battles and the like during longer cut scenes. This actually leaves me feeling quite anxious, as I want to be able to help my team with these often-difficult enemies, and there have been numerous dungeons that I have skipped through all the cut scenes and thus not enjoyed my time in them thanks to the team I’m been stuck with. I prefer those MMOs that only allow people to skip cut scenes if every player decides to skip them, though I understand that Square Enix is more interested in encouraging people to repeat dungeons over and over again, and they might be discouraged from doing so if they have to watch all the cut scenes over again if they get stuck with someone doing the run for the first time.

But as I said, these three issues are incredibly minor when considering the sheer scale and variety of content in the game, and they haven’t stopped me logging over 300 hours in total play across Final Fantasy XIV and now Heavensward. I don’t use the five-star rating to describe the perfect game. As per our scoring process, a five-star score is like a five-star hotel; it’s a deluxe experience that offers something meaningful well beyond what most games do. But Final Fantasy XIV has genuinely developed into the best MMO on the market as far as I’m concerned, with its brilliant post-game content and now, with the additional Heavensward content, the best is just getting better. This game is a compelling argument for the continued validity of the subscription model for MMOs.