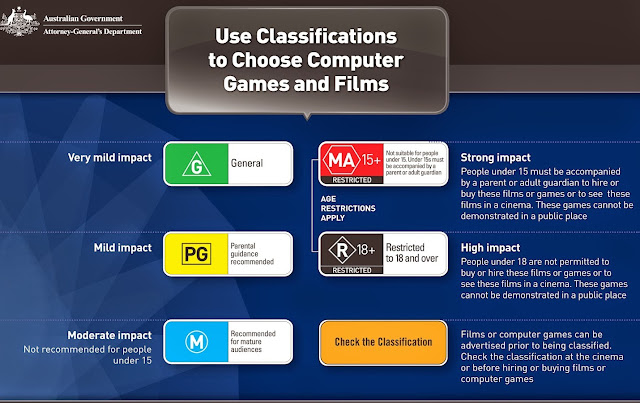 One of the more odd things that I’ve been reading about the Australian games industry over recent months is the assumption that many seem to have that in adopting the International Age Rating Coalition (IARC), we are going to have a “fix” to Australia’s issues with classification and censorship.

Related reading: This is not the first time I have expressed concerns over the IARC.

For example, over the last day it has been revealed that thanks to the obscene number of games being released on digital-only platforms such as Steam, four times as many games have been banned in Australia over the past four months than in the two decades prior (220 in past four months, compared with 50 from 1994-2014). That’s an interesting statistic, albeit exaggerated, since I suspect strongly that the percentages of games being banned are not so different now when compared with any other year.

But what is really fascinating is that many news outlets and the community seem to be drawing the false assumption that as Australia adopts the IARC framework that fewer games will be banned. Why else would news stories be mentioning the IARC framework in stories about games being banned?

But that’s not what will happen at all. Games will still be banned, and very likely at the same frequency, once Australia shifts over to IARC. The system requires that game developers fill out a form outlining all the potentially objectionable material about their game. Then, to quote the ABC story “The results of each IARC form are then calibrated to the unique sensitivities of each participating country’s classification board.”

Related reading: On the inconsistency of age classifications in Australia.

For the Australian consumer, the adoption of this new system means very little, in other words. You’ll still get the same games to play, and the same games that would be censored previously will be censored again. We may see more games, as this system is apparently cheaper than the obscene fees that the ACB currently charges to classify games, and that means the little indie developers will be able to release their games on the download platforms, but other than that this new system offers no benefit to the consumer.

The real problem with the classification system has very little to do with the convenience (or lack thereof) that it offers developers and publishers. It’s the ideology behind the system that’s the problem. It’s an ideology that continues to insist that games hold minimal artistic value, and therefore should be treated as toys. Toys don’t need to explore difficult themes, and therefore any toy that tries to do so is a toy that might just be too dangerous to allow on the market.

Until we overhaul the ideology behind the classification of games in Australia now system is going to improve things. We need to give games the same respect as films and literature, understand that it’s okay for them to have difficult or even offensive themes, and then allow businesses to decide if they want to sell the game, and individuals and parents to decide if they want to buy it.

As I said back when the R18+ rating came through for games; the debate around classification in Australia is all smokes and mirrors to distract people away from the fact that in Australia, games are still treated as nothing more than juvenile entertainment. Until that changes, the escalating rate of games being banned isn’t going to change.