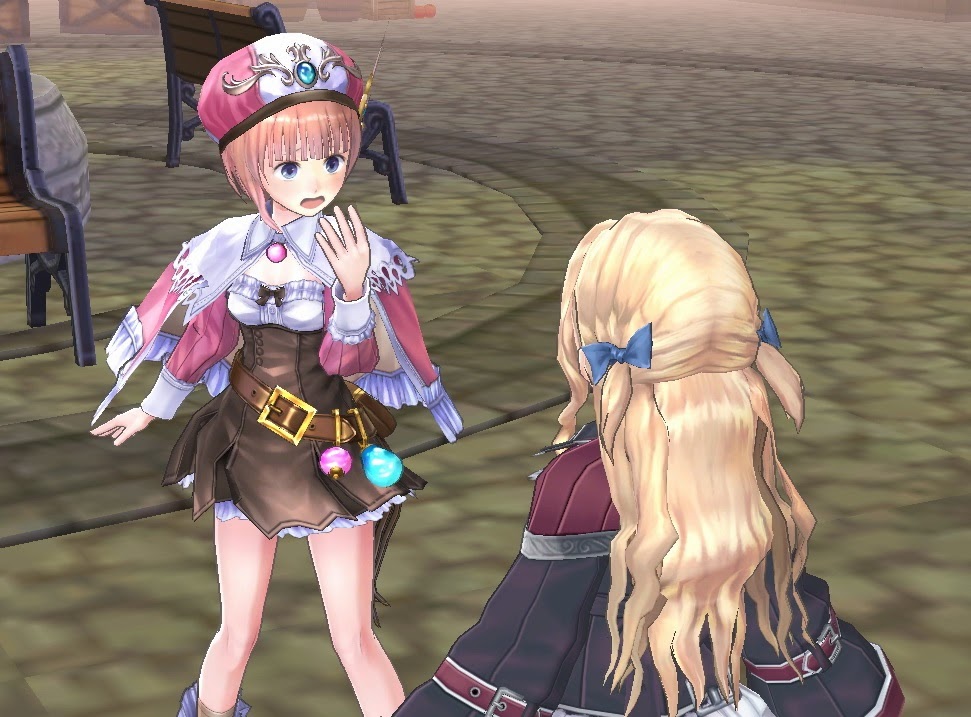 It was brought to my attention today that the upcoming  Atelier Rorona Plus has been rated R18+ for its release in Australia by the Classification Board.

According to the Classification Board, the rating is because the game refers to sexual violence, as so therefore a game which features a bunch of cute moe girls running around baking cakes and bopping cute little blue blobs on the head (bloodlessly, no less) is only appropriate for adult consumption.

It needs to be clear that it’s a reference to sexual violence. Not, in any way, a depiction of it. It’s a couple of words of text, accompanied by a static image that is less explicit than, quite literally, anything that you’ll see on TV during the kinds of hours that teenagers would be watching. The original release of Rorona has a rating of PG13+, and the narrative content between that game, and this upcoming one, remains largely the same, both in tone and impact.

Call of Duty: Ghosts, meanwhile, was deemed appropriate for an MA15+ rating last year. A game that features copious amounts of gore. A game that rewards people shooting other people in the head with more points. A game with an online mode where the publisher, Activision, cannot promise that users will not be exposed to vile language, harassment, abuse, and worse. A game filled to the brim with language that children should not be hearing in the context of normalised conversation. A game that makes a feature out of animal violence – a sensitive subject for a lot of people… especially those that know what happens to war dogs after combat finishes (they’re executed, just in case you didn’t know. That dog in Call of Duty is on death row, if not from the enemy, than the side it’s fighting for).

All of this is apparently still appropriate for children, while a reference to sexual violence is what the Board considered to be pushing boundaries. It’s not entirely surprising, since Atelier Totori Plus set the series an R18+ precedent because that game features an entirely optional swimsuit costume. Yep, a standard swimsuit is considered to have more impact and threaten the delicate minds of our youth than most of the warzone simulators out there.

This nonsense has been going on long enough. Australia’s games journalists and its gaming communities have been so busy patting one another on the back over getting the R rating through that the core issues continues to be ignored; Classification are meant to be there to provide information to consumers about the relative impact of the content, and whether its the kind of content that a parent would want their young or teenage child playing. Getting the R18+ rating though was a good thing not because all of a sudden one fewer game a year is refused classification and effectively banned from adult consumers. That was a benefit, sure, but getting the R18+ rating through was a big deal because it was meant to allow the Classification Board greater clarity about the impact of content in games.

But that’s not happening. Ideologically, the Board continues to fail Australian families, parents, and consumers, because it continues to adopt a hopelessly inconsistent approach to classifications that tells the typical consumer absolutely nothing about the actual content that is within a game.

The Board continues to get away with this because, after getting the R18+ rating through, the entire media and “hardcore gaming” community seems to have lost interest in holding them accountable for how they do their work. Australia’s Classification Board is just as uninformative and socially embarrassing now as it was when we didn’t have an R18+ rating, but the scary thing is now they get away with it with the tacit approval of everyone who used to argue for it to improve.

Because hey, as long as you get your death simulators, who cares if the Board is doing a good job, right?

Perhaps the answer is simple for why Rorona landed itself with a rating that will help cripple sales and encourage Tecmo Koei not to bother with this market in the future. Perhaps Tecmo Koei simply didn’t pay the Classification Board enough money under the table. I hope that’s the reason, frankly, because corruption is the only possible sane explanation for the completely arbitrary and therefore completely useless ratings that the Classification Board is sticking on games. The alternative is that the entire staff of the Board is completely in the thrall of an ideology that doesn’t adequately reflect the dominant attitudes of the majority of Australians, and they blindly follow that ideology to the expense of providing Australian consumers with quality information on their potential purchases.

Either way, it’s plain frightening for the health of the local industry that they’re allowed to get away with this.