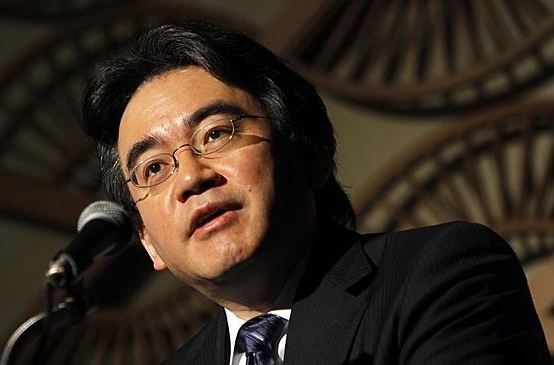 The biggest news coming to us this week was the sad passing of Satoru Iwata. The video game community has been reeling from the news for the past four days, and has allowed many of us to reflect upon the impact that Iwata had on the hearts of many around our globe. At 55, Iwata passed away very young, but has left a legacy behind with him that I think we can all appreciate and respect.

Related reading: Ten wonderful games we wouldn’t have if it were not for Iwata.

It was an absolute honour to be able to write this Friday Ten, in which I would like to pay tribute to the man who, through the work he did, got me through many highs and lows over the course of my life.

While there are many fond memories to be had of Iwata, I am listing the ten I feel showcased the kind of man Iwata was. I would also like to invite our readers to comment at the end of this article about any other memories that they may have about Iwata that I may have omitted in this list.

When Iwata was tasked with developing Balloon Fight for the Nintendo Entertainment System, little did he know that, as he did such a tremendous job of giving the characters smooth and precise movement compared to the arcade version, his work would be converted into the movement seen in the underwater stages of the original Super Mario Bros. One of the programmers of Super Mario Bros., Toshihiko Nakago, sought advice from Iwata when he found the movement of the characters in the home version of Balloon Fight were superior to his own development of the arcade version. Upon receiving the advice from Iwata, Nakago implemented the Balloon Fight movement style into the underwater stages of Super Mario Bros. Iwata did not find this out until years later, and was rather pleased, as he had never actually worked on a main series Mario title. 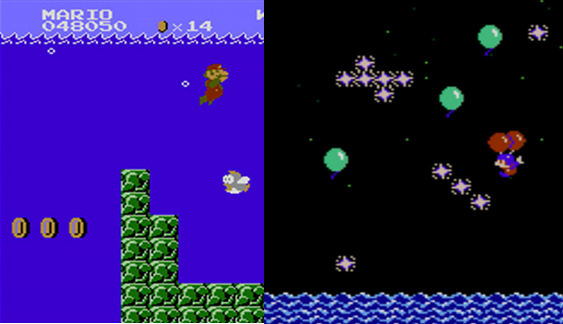 Iwata is well-known for working on a variety of beloved Nintendo franchises that were born out of HAL, he initially started out as a programmer for the company, working on games such as the aforementioned Balloon Fight and F1 Race. He continued this for ten years before being named President of the company. Iwata managed to turn the company around, turning a company in the face of bankruptcy to one of the most cherished developers Nintendo works with. Under his presidency of HAL, the world received games such as Kirby’s Dream Land, EarthBound (Mother 2), Pokémon Stadium and Snap, as well as Super Smash Bros. Confident that the company was running much better, Iwata left his position in HAL Laboratory to become the head of corporate planning. HAL Laboratory is still going strong, with their latest work including Kirby and the Rainbow Curse, as well as assisting in the development of Super Smash Bros. for Wii U and 3DS. 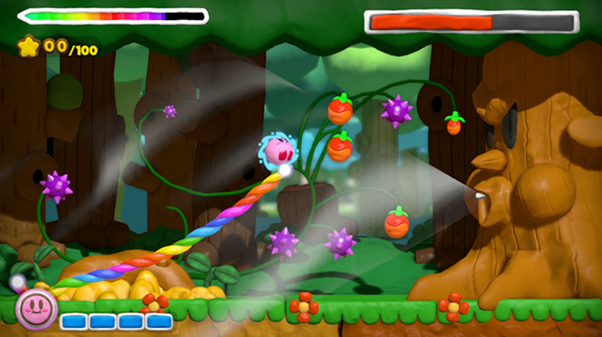 Nintendo has always been famous for delaying many of its top tier games, and generally for good reason. Though Iwata was working at Nintendo at the time, he still wasn’t going to let the HAL Laboratory developed title Super Smash Bros. Melee for the GameCube be delayed. I’m not sure if it was because he felt he still had something to contribute to HAL, or if it was his desire to see Nintendo succeed, or something else entirely, but Iwata realised that the game wasn’t going to meet its deadline and took the bull by the horns. Iwata spent three weeks outside of his busy life as head of corporate planning to review the Smash Bros. code, fix many of the bugs and issued jobs for HAL Laboratory developers to fix so that the game could meet its scheduled release date. That is the kind of dedication that saw Iwata’s next promotion… 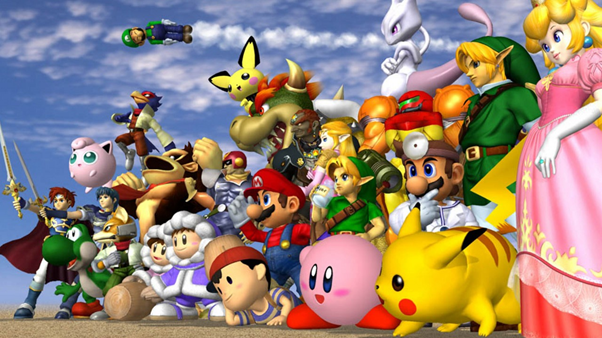 Iwata’s dedication to Nintendo reaped the ultimate reward when he was handed the top job at Nintendo. This accolade came despite Iwata not being a blood relation to the Yamauchi family, making Iwata the first person outside of that family to run the company. Iwata’s vision of keeping things simple and more accessible to everybody led Nintendo to many of the company’s biggest successes. Over his thirteen years as president, Iwata led Nintendo to places it never went before, and changed the company into one that would be accessible to anybody. 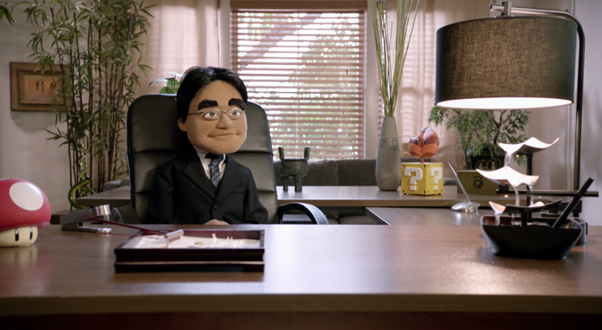 One of the most common criticisms of Nintendo is the lack of third party support for its current console, the Wii U. While this can most likely be attributed to the fact that the Wii U is a completely different beast under the hood to the Xbox One and PlayStation 4, Iwata had always maintained strong relationships through third party developers that had all but been destroyed during the Nintendo 64 era. Not only did Iwata secure exclusive AAA games on the GameCube including Resident Evil 4 and Metal Gear Solid: The Twin Snakes, he also outsourced many of Nintendo’s beloved franchises to third parties, almost unheard of before Iwata took over. We’ve now seen Star Fox handled by Namco, The Legend of Zelda handled by both Capcom and Tecmo Koei, and possibly most famously, F-Zero by one-time enemy of Nintendo, SEGA. These collaborations are still being seen today with the likes of Super Smash Bros. for Wii U and 3DS which was mostly developed by Namco. 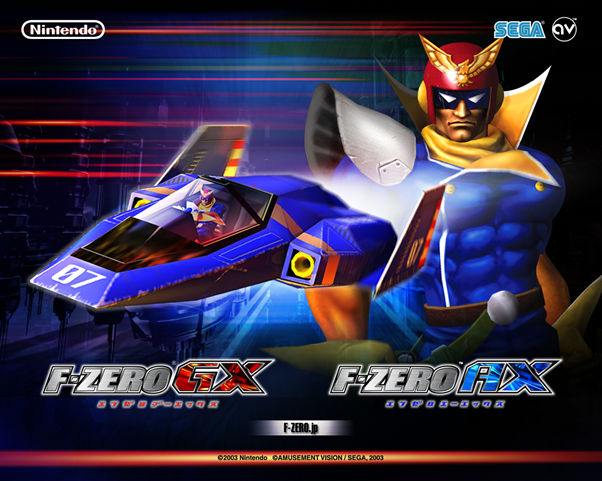 The GameCube, while not entirely a failure, did not meet the expectations for the company. It was Iwata who felt that Nintendo needed a new direction, one that met his vision for simplicity and accessibility to all. This was Iwata’s “blue ocean” approach, looking for something that nobody else was doing at the time. This approach introduced the Nintendo DS and the Wii, both pieces of hardware were designed to attract those who would never have been interested in either the Xbox, PlayStation 2 or the GameCube. DS introduced touch screen controls before the iPad became a massive thing, whereas the Wii introduced motion controls to allow the player to become a part of the game. Along with the hardware came a wave of new software IP under the mantle of “Touch Generations”, simple games that were not intimidating to the player. It was these new games, including Art Academy, Wii Fit, Brain Training, Wii Sports and Nintendogs that attracted an unexpected variety of people and became an instant runaway success for both the DS and the Wii. 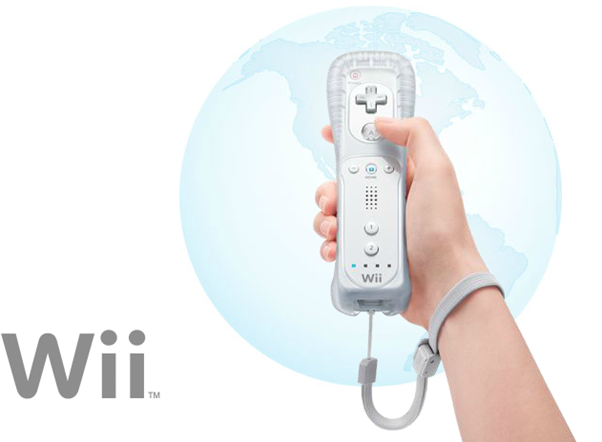 When the 3DS first launched around the globe, it was met with a resounding “meh”. By the time of the launch, Apple was already into its 3rd generation of iPhone, and with the plethora of cheap and free to play content on the App Store, it left many not needing an update to their DS. To cut a long story short, the sales were far below expectations, and rather than wait it out, Iwata took it upon himself to cut the price only six months after the initial release date. The 3DS instantly saw a boost in sales, along with some much needed quality games like Ocarina of Time 3D, Super Mario 3D Land and Star Fox 64 3D either just out or in time for holiday season. Even four years on the 3DS is one of the top selling monthly pieces of hardware in the gaming charts, and it could have been a completely different story if Iwata wasn’t willing to be decisive when it was urgent. 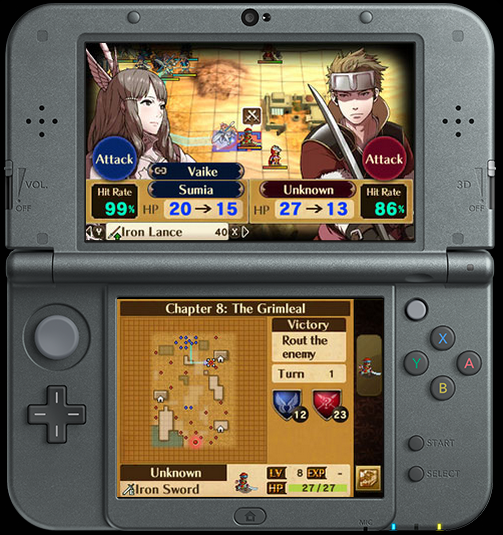 Knowing that not everyone would be happy with the price drop of the 3DS, Iwata personally apologised to early adopters of the 3DS on Nintendo’s website, and as a way of showing his sincerity, offered twenty (yes, twenty!) free games from the NES and GBA library to those early adopters. This included the likes of Metroid, Zelda and Mario games – all games Nintendo continues to sell on other platforms at a premium. He also cut his own salary in half as a way to apologise to Nintendo’s investors as well, a move he repeated when the Wii U was not meeting expectations, taking the blame himself rather than firing his staff. 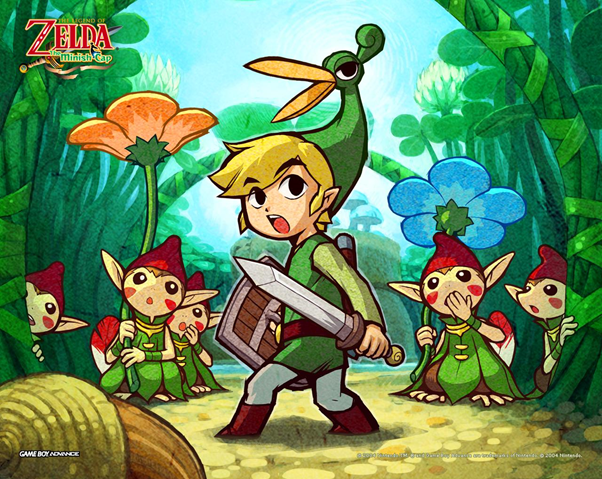 Iwata completely changed the game in regards to revealing a lot of information about previous and upcoming games. Both through the initiatives of “Iwata Asks” and “Nintendo Directs”, we have seen the company in a new light. In a revealing edition of Iwata Asks, we found out that the Nintendo GameCube has built-in 3D capabilities, though the cost of the LCD screen for it was too high to implement fully, we also found out that he laughs a lot. The general public also get to find out about new games at the same time as most media outlets through the Nintendo Directs, and we also got to see Iwata’s goofy side (as seen below). I have always wanted to know what goes on behind the scenes at Nintendo, and thanks to Iwata, I was able to do just that. 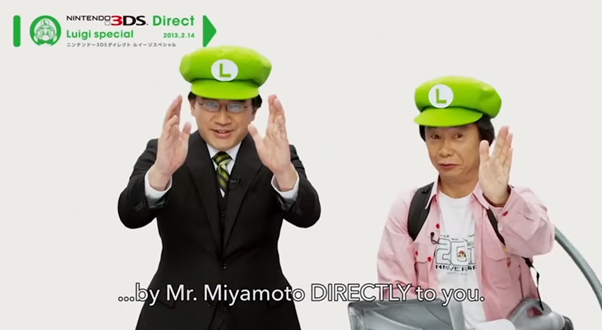 The legacy felt by millions

As we get to the end of this Friday Ten, I think one of the strongest memories has come immediately following Iwata’s death. For even one day, the entire video game community put aside their differences to express their sadness towards the end of such a great mind. Individuals who have worked closely with Satoru Iwata, such as Shigeru Miyamoto, Reggie Fils-Aime, Hideki Kayima and Masahiro Sakurai all expressed their sorrow at what must be a tough time for them personally. People from rival companies Sony and Microsoft, including Shuhei Yoshida and Major Nelson, also expressed their feelings about Iwata. It was such a sad, shocking day for many of us, and the outpouring of support to Iwata’s family and friends was an incredibly touching memory that I personally will never forget. 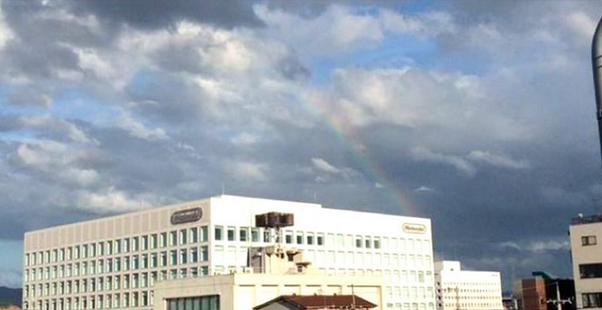 Well this has certainly been an emotional Friday Ten. I would like to personally thank Matt and the DDNet team, and I would like to thank our readers. Without all of you I would not be here writing about a man who shaped my life and inspired me to write about the things I love. Vale Satoru Iwata, you will be missed.

In memoriam: Ten wonderful games we wouldn’t have without Satoru Iwata