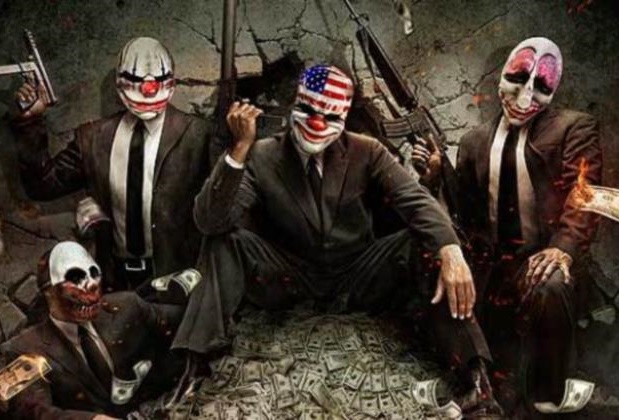 If you’ve got friends to play with, Payday 2 is exceptional. If you don’t, Payday 2: Crimewave Edition it might well be the greatest waste of money you’ll ever spend.

Related reading: You can also read my preview of the game here.

Luckily, I have friends, so I got to enjoy Payday 2: Crimewave Edition the way it was meant to be. This is my first experience with the franchise, and while it’s not likely to be remembered as a classic game by any means, it’s a lot of honest fun, and there’s a lot of content in here.

It’s Hollywood-style gaming at its most popcorn and at a level of raw action that would make Michael Bay proud. Players form a team of four criminals, each donning a creepy mask, and set out to complete any of a number of different villainous missions. One job might require players to run a bank heist. The next will require them to escape after that heist. It’s possible to complete a number of missions back-to-back to form something akin to a longer narrative of crime-and-getaway, and while it is rewarding to see the team through a series of linked missions, it’s worth noting that playing too many missions back-to-back becomes a very draining experience thanks to the raw noise and energy that the game creates. 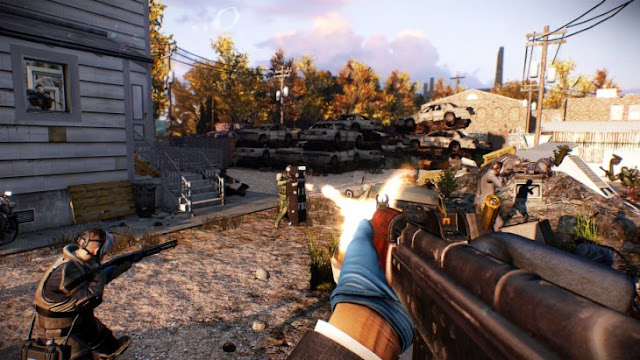 Things start out calmly enough; the good guys on the side of the law don’t know that you’re about, and so you’ve got a certain time to try and do as much to meet your objectives as much as possible before the inevitable happens and someone on your team does something that sets off an alarm or convinces a civilian to call in the police. Then things go to hell in a handbasket. At first it will be just some regular beat cops with standard-issue pistols, but after dealing with them the police will start sending better equipped SWAT units and the like that are harder to take down. You’ll need to work quickly because at some point the enemy forces will become overwhelming and it will be game over, so there’s a rapid escalation of intensity, once the alarm has been tripped, to get as much done as possible while trying to hold off the police for as long as possible.

Each mission has a minimum target, but brave players will be able to try and grab more loot before making the getaway. Thanks to the deep system of unlocks and progression, there is always the temptation to get greedy, because each mission is quite lengthy and on a raw time/ reward basis it makes no sense to stick to the minimum rewards for a completed heist. But with the difficulty escalating rapidly the longer the looting goes, the tension is real and palpable, and it’s exciting stuff to say the least.

Payday 2 also requires real teamwork to be successful. This is one of those games where muting the other players is a very bad idea, and even though it’s a purely co-operative experience, trying to track randoms to play with online is a quick way to get all kinds of abuse hurled at you. Given that you’re playing as a team of criminals, such abuse is oddly fitting with the theme, but it’s not a fun experience nonetheless. Similarly there’s no reason whatsoever to delve into the single player game, which replaces the human teammates with AI bots so completely incompetent that you may as well be running it solo. So the only way to play Payday 2 is if you can get a team of four friends together and take on the missions as a team. Doing this is a genuinely good time, with the teammates barking orders at one another and working together well to pull off a heist like a professional. 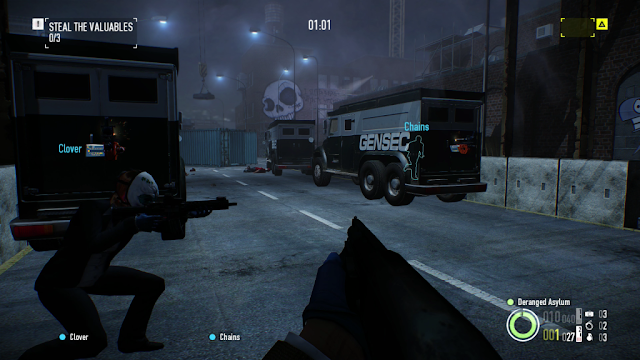 Now I haven’t played previous version of the game, but I understand that there’s all the content of the original release plus its DLC in here. I don’t know what is original content and what is DLC, but I can say that stuck together there is a lot to work through in this package. Enough so that for a new player, at least, there’s enough in here to justify the developer and publisher releasing it as a near full-price retail package. The heists all have slightly randomised elements too, meaning that the replay factor is very high, even if you’re doing similar things from one mission to the next. Get stuck into this one and it will last you for weeks.

I also can’t compare how it looks compared to its predecessors, but apparently there has been a bump in graphical fidelity, and the end result is something that looks decent, albeit not spectacular. During the quiet moments Payday almost looks plain, but once it’s turned into a bullet ballet, the plain aesthetics start to make sense as there’s nothing to distract you away from the action and split-second hand-eye co-ordination that will be demanded of you.

More than anything else though, Payday 2 is gratuitous wish fulfilment. It’s the chance to be the bad guy from a Die Hard film or similar. It’s the chance to relive classic action film moments, and while the game relies a little to heavy on its players being fans of those films, there’s a certain anarchistic thrill that comes from engaging in a gunfight in the middle of a bank that has will be a timeless part of entertainment. 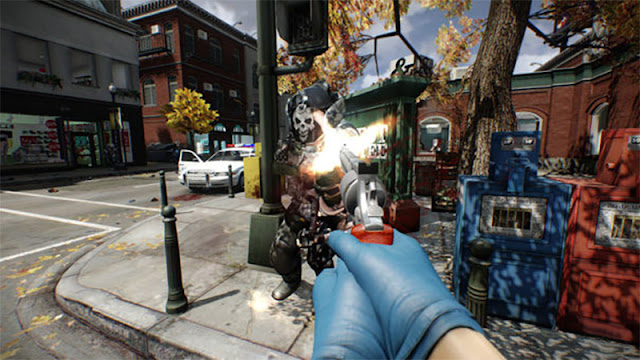 Payday itself has become a very influential game, with other titles, such as Ubisoft’s upcoming Tom Clancy’s The Siege clearly cribbing ideas from it. I’d be cautiously interested in seeing a third Payday somewhere down the track, as I do think there’s room for the developers to build a greater degree of narrative context into the action, and perhaps a touch more variety wouldn’t go astray. For now, though, this is a fine multiplayer experience to have sitting on the PlayStation 4.