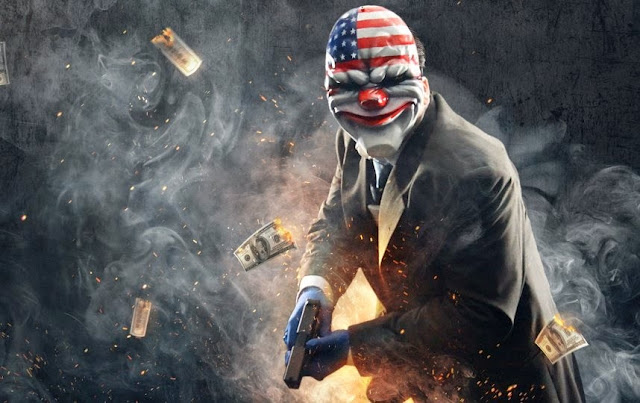 Anyone who has spent ten minutes reading my writing knows that the shooter genre and I get along about as well as cats and dogs do. Sure, we form temporary alliances so that we can be a tag team for a wonderfully silly children’s movie or two, but for the most part we’re better off if we’re kept in seperate rooms.

And so I’ve never actually played Payday 2. I know it has a great reputation and a very loyal following, and the franchise has proved to be a success beyond the wildest dreams of the developer, but when it’s a game that strips the one thing I truly care about in games out of the experience (the narrative), I never figured I’d get along with it.

Related reading: We don’t have a review of Payday 2 on DDNet, but Nick J from way back in 2011 penned this review of the original.

But then I went along to a preview event for the impending “remaster” version of Payday 2, titled Crimewave Edition, and I’ve got to say I’m actually looking forward to the game now. 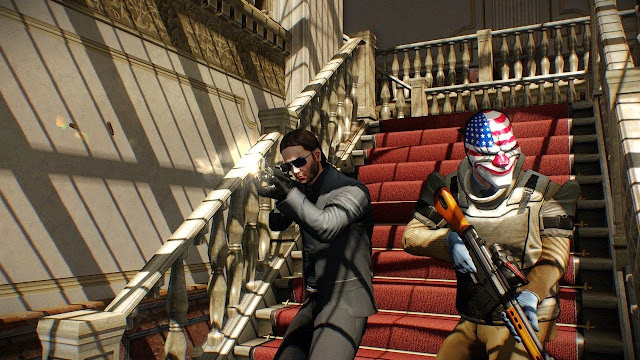 For those who, like me, haven’t played Payday in some form before, the basic idea is that you form a team of criminals, all wearing freaky masks, and then participate in some kind of mission where you need to do something dastardly while the AI plays as the right side of the law. This could be participating in a heist or robbery, or simply trying to escape from the long arm. If you escape with your loot, freedom, and lives, it’s a win. If you don’t, it’s not. There is no competitive multiplayer, just your team vs. the AI, and it’s the better for that, because the tactics that Payday 2 demands clearly require a somewhat predictable opponent to bounce off.

I am terrible at the game, as I would expect to be given I got to play it once in my preview, and my team weren’t all that happy with my lack of expertise, it seems. Though the game controls as you’d expect any FPS to, teamwork is absolutely critical here, because from the moment the police discover you the action heats up incredibly quickly. The mission I was participating in was a heist, and at first I was having a great time with the action sitting squarely within my comfort zone for this genre; some useless cops with peashooter pistols were providing almost no resistance, and we were making great progress in breaking in to the vehicles that housed the treasure we were looking to loot.

But then the cops were armed with automatics. And then I saw little red dots start to appear on the bodies of my allies. “Oh crap! They got snipers!” I said to myself, and then the gunfights got really brutal. Military police with SWAT gear start attacking us on the ground. Heavily armoured soldiers came in from all angles. We were running out of time, and I was getting downed over, and over, and over again. 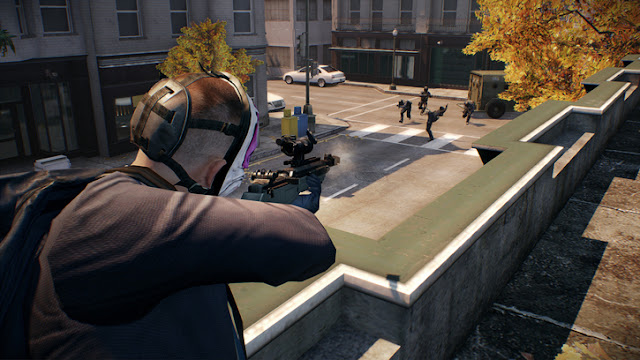 Credit to my team, they were team players and kept reviving me, though by this stage my contributions were little more than running around like a crazy man spraying bullets everywhere. But then we managed to grab just enough loot and everyone hightailed over to the getaway. We had succeeded despite being a small team and hampered by carrying genuine dead weight (i.e. me). It was intense, the scenario itself was pure blockbuster silliness, and it was fast. It was too much fun for the complete absence of characterisation or narrative to bug me.

As my enthusiasm for the game started to ease I realised I had real concerns that might mean Payday 2 lets me down come time to play the full version. There’s no way this will be fun with online random people, because I know without a shadow of a doubt that the homophobic abuse, trolling, ragequits and other such toxic behaviours will be rampant, and you won’t be able to mute people, because you’ll need to talk with them to succeed. You’ll need to play this with friends, and everyone will need a mic (which some people still don’t bother with, note), because communication is so critical.

I also wonder just how much content is in it. I’m assured that there’s a lot, with the Crimewave Edition coming loaded with all the DLC and such from the original release, but these levels are tiny affairs and do play out much the same way (with the only variations being for difficulty and the like), so I wonder just how much value I’d get out of such a game over the long term. 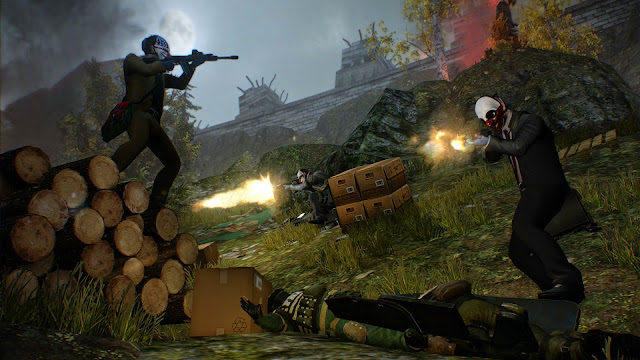 Still, the emphasis on teamwork over competition, and the singular focus on nailing a particular experience had me enjoying my time with Payday 2 far more than I had anticipated. The anarchistic and chaotic approach that it takes is pure adrenaline, and I’m going to be very keen to see if the full release of the game can keep me excited over the longer term.

Nobunaga’s Ambition is finally coming back in English