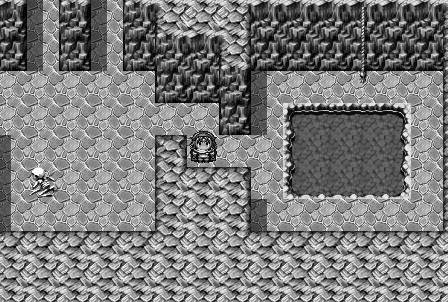 One of my great uncompleted goals in life is to start (and complete) an RPG Maker game that I’m actually interested in sharing with other people. I keep trying, I really do, but the thing about RPG Maker is that making a game actually takes a lot of time (funny that), and if you put a project down for a couple of weeks because life catches up with you, it’s hard to get back into it.

So I’ve had many computers over the years that have come, have RPG Maker projects started on them, and then have had the projects left unfinished when the computer has eventually died. And yet I still find I have this real urge to create something, and specifically a homage to the Final Fantasy Legends series on the original Game Boy that really spoke to me as a young kid and were instrumental in developing my love for the genre.

So I’m going to try again. I’ve decided to try and build something in RPG Maker VX Ace again. I’ve got access to the English translation of RPG Maker 2003, which I love, but my decision to go with the newer software is twofold: 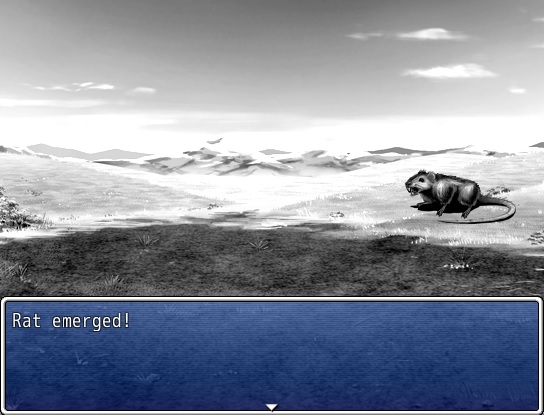 1) I like that RPG Maker VX Ace has a load of DLC resources that I can grab and easily implement as I go, because I’m not always a massive fan of the software’s default artwork (especially when it’s converted into black-and-white in fitting with my Final Fantasy Legends homage theme), but I completely lack any kind of artistic skills to create my own.

And so I’ve started. I spent around seven hours over the weekend setting the project up. Because I am editing all the sprites, characters, and environments (to make them black-and-white), the first couple of hours was mostly just exporting and converting the art to grayscale, but once those were imported back into the database, I was able to start designing the opening act of the game. 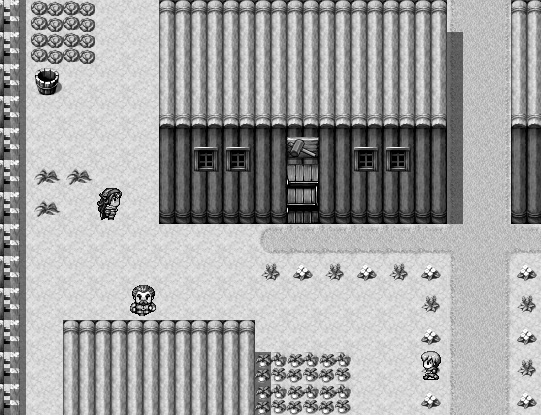 It’s started well. I’ve got the starting overworld set up, my lead character (named Amelia LeFey, after all my major characters in RPGs when I have the option to name them). I’ve created Amelia’s home, her stats, a village for her to explore (and take on two missions), created three different enemies to fight, and one dungeon to explore.

It’s not much of course, and at the moment you’ll be done with the content some time after hitting level 2 (or level 3 if you’re really in the mood to grind). The balancing is still right off, too, but it’s a start.

And so that’s my game so far. There’s a couple of screenshots in here, and assuming I’m able to keep my commitment up, hopefully I’ll be providing you with updates every week or second week. And indeed, if I haven’t made an update for a couple of weeks, prod me to remind me not to get lazy on it. Once the game has been finished, I’ll be sharing it with everyone (free of charge, of course).

Trailer: Gust’s Yoru no Nai Kuni is everything we wanted from Gust on PlayStation 4