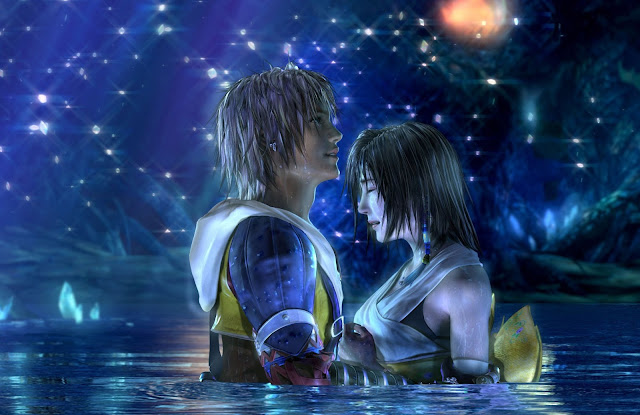 With that said, one of the things that has always surprised me about Final Fantasy X is how critical people tend to be of its narrative. It’s reasonable enough to hit out at the voice acting, which is almost universally terrible and came at a time before the creatives at game companies really understood how to implement and direct voice actors effectively. But the core narrative itself is one of the strongest and deepest across all Final Fantasy games (and, indeed, all games).

So, rather than do another redundant review, I’ve instead decided to pull together a piece that looks briefly at some of the deeper themes of Final Fantasy X. There are plenty more of them – one of the strengths of the game is that it’s an open enough experience that it will mean different things to different people, but here are a couple of examples on how you read through some of the game’s greater themes.

As a note, it would be impossible to write this piece without some spoilers, so while I’ll try to keep them down for the few people out there that might be interested in the game but haven’t played it in some form before, I am going to assume that your are at least familiar with how the game generally flows. 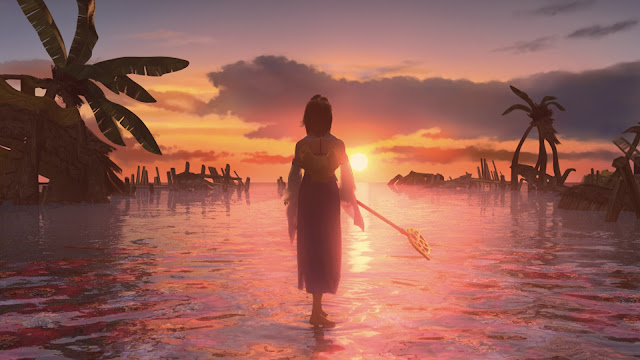 Final Fantasy X is both a narrative of deep respect for religion, and a narrative that is deeply critical of religion. On the one hand it exudes a genuine sense of spirituality, especially for more eastern religious philosophies – adherents of both Hindu and Buddhist faiths will find a connection with the narrative’s inner messages. However, as fitting with a game that has such a Japanese understanding of the world, Final Fantasy X’s primary doctrine is one of Shinto, and of a traditionalist understanding of the faith, in which people are expected to have a deep respect for and reverence of nature.

The entire world itself actively rejects technological or human development. Decadent cities that came to rely on machines to do all the work were destroyed by a being called Sin – the most straightforward metaphor you could ever imagine – who returns every ten years in order to maintain a delicate balance in which humans and nature co-exist without either dominating the other.

Furthermore, it is spirit companions and helpers which allow humans to defeat Sin every ten years and give humanity the opportunity to regroup. Within the religion of Shinto shrines are erected to revere the spirit guardians of an area, and these spirit guardians take the form of common animals, such as foxes, rabbits, and cats. Final Fantasy X is a little different in that the spirit guardians that Yuna needs to collect on her way to defeat Sin are powerful fantasy creatures, but the effect is the same; only by paying homage to these creatures is a summoner given the tools he or she needs (and the knowledge) to defeat Sin.

In parcel with this, Final Fantasy X is highly critical of the idea of an organised religion, as represented within the game by the church of Yevon. This organisational body is presented as decadent, predatory, manipulative of the faithful, and actively in opposition to expressions of spirituality outside of its doctrines. More than Sin ever is, the church of Final Fantasy X is the enemy of Yuna and her allies, and while the developers of Final Fantasy X are careful not to create a direct comparison to any single religious organisation in the real world, it wouldn’t be unreasonable to suggest the game is critical of them all, in a general sense as organised religion. 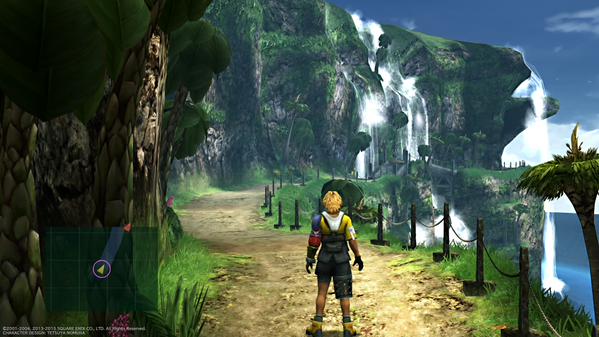 Final Fantasy X is also at its core a story of a journey towards knowledge. Each of the characters in the game start our naive and largely innocent of the realities of what surrounds them, and over the course of the journey come to the realisation of the stakes that are actually at play, and in doing so question many of the assumptions they had previously believed.

For no one this is more evident than Yuna herself, who goes from having a blind faith in the teachings of Yevon to questioning everything about her journey and the fight against Sin. This is a very Nietzschean concept, which is compounded when the game juxtaposes what Yuna and her band experience to the unwavering faith of the masses that they encounter from start to finish.

“The individual has always had to struggle to keep form being overwhelmed by the tribe,” Nietzsche once wrote. “If you try it, you will be lonely often, and sometimes frightened. But no price is too high to pay for the privilege of owning yourself.”

Nietzsche has, of course, always been considered to be a critic of religion, and his thinking around existentialism has been hugely influential in the philosophies of many atheist philosophers since. But as we’ve just noted, Final Fantasy X isn’t opposed to spirituality as a concept. Merely the unthinking acceptance of an organised religion and its dogma. In this way we could easily argue that Nietzsche is of intense importance to Final Fantasy X’s own message. 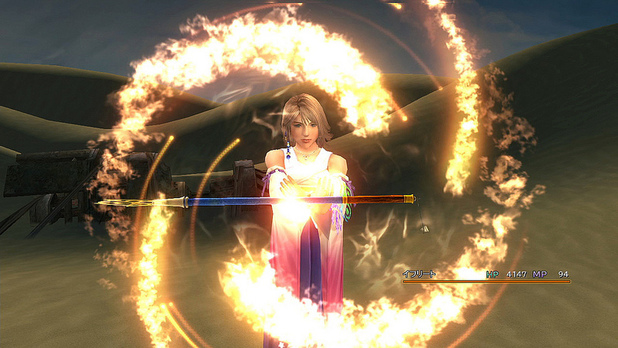 Of course, you can’t have a narrative that is identifiably Nietzschean without it also being identifiably existential. We see this play out in Final Fantasy X through the story of the protagonist, Tidus, himself (and again, spoiler alerts ahead).

Tidus isn’t real. We spend most of the game thinking he is – that he’s a star blitzball player from Zanarkand, that was somehow sucked 1,000 years into the future after an original incarnation of Sin attacks the city, destroying it completely and becoming the most holy of Meccas for the Yevon faith. But he’s not actually real, and his Zanarkand is actually an illusion that Tidus, the sentience, created to contextualise what’s going on. Tidus is in fact a spirit himself, called into being by the same spiritual magic that creates the guardian summons that Yuna forms pacts with on her quest.

Within this context we’re invited to question the meaning of life and existence in a world in which its relevance through the eyes of the main protagonist is indeed abstract and, thus, unreliable. Going back to the core concept of existentialism, as Søren Kierkegaard devised it, the task of giving meaning to life is the responsibility of the individual, and not religion nor society. Having the storytelling of the game the responsibility of a character who isn’t alive in the human sense to try and create meaning in existence creates some interesting thoughts when you remember that the lead character in the drama has no life to create meaning out of.

Given that Tidus manages to feel anger and jealous, fall in love, and one assumes he feels pain, given that he takes damage with each enemy attack (someone who wouldn’t feel pain wouldn’t have a health bar, surely), Final Fantasy X can also be seen as questioning some of the traits that we take for granted as human activities and emotions. And, in turn, if what drives us forwards in our quest for understanding our purposes in life is not some kind of intrinsic human qualities, then what does? Existentialism is a challenging philosophy at the best of times, and while Final Fantasy X might not have answers, it’s a definite part of the discussion.

This is just a surface look at some of the game’s deeper themes, of course, and I’d love to have a longer conversation in the comments below! There’s also plenty of other themes that Final Fantasy X delves into, too, so anyone who wants to have a longer discussion about anything to do with the game, just say hi. It’s one of my favourite games of all time, and I’m glad that Square Enix does remain committed to making it available to consumers.