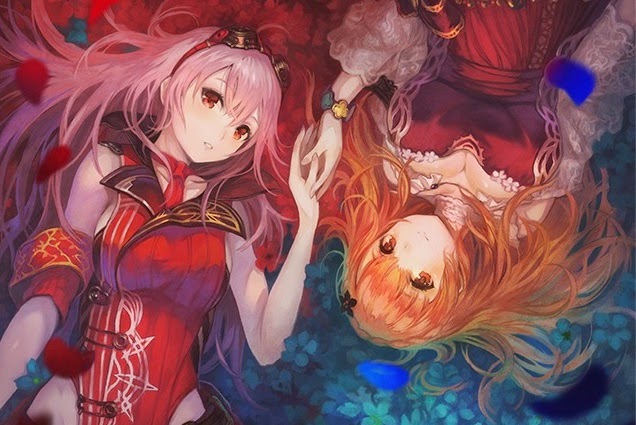 Koei Tecmo has released a short, minute-long trailer giving us the slighest teaser into its first project on the PlayStation 4. Surprise, surprise, it looks incredible.

As we noted when the game was announced, this project is a collaboration with Koei Tecmo’s veteran producer, Keisuke Kikuchi, and Gust’s development team, and it’s a action JRPG with a very dark theme – players ally with and summon demons to fight with them in combat.

But don’t go mistaking this for a Shin Megami Tensei title, oh no. As is typical for Gust, what you’re actually getting is a beautiful, romantic anime art style, gorgeous characters, and no doubt the narrative will be more about hope and love than the kind of unflinching darkness of a SMT title.

The trailer below only gives you the slightest hint about how the game will play, but those few seconds have already sold us on this game: though there’s no confirmed western release yet, we’ve got everything crossed that it will make its way to our English-speaking consoles, and we fully endorse spamming Koei Tecmo until they do confirm it’s on its way.*

* Please don’t spam Koei Tecmo, you might make ’em mad at us.