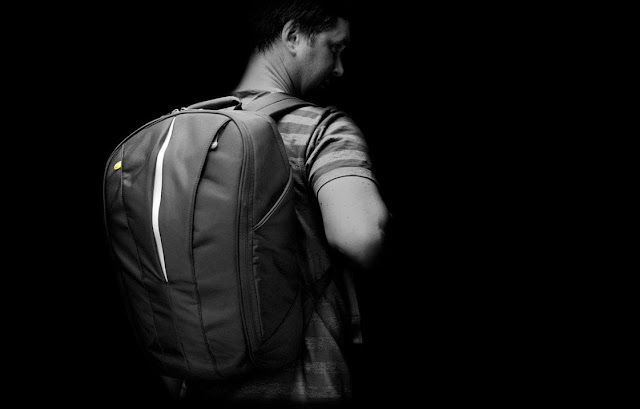 Forty ballpoint pens, two packets of post-its, a Captain America bobblehead, headphones, a Nintendo 3DS, chocolate, water, a thick book on the history of the Plantagenet kings, an Android tablet and (bizarrely) ten packets of instant ramen. No, not the shopping list of a deranged geek, but the contents of my rucksack when I got back from my last business trip.

So, when the booq Boa Shift arrived for review, my first test was to see if I could stuff that lot inside it. Did I succeed? Well, in an optimistic attempt to add a sense of tension to the narrative, you’ll have to wait and see. In the meantime, let’s talk luggage.

The Boa Shift isn’t your everyday backpack. The first clue is the material: if you don’t know what 1680-denier nylon looks like, imagine the fabric equivalent of steel plating. Apparently it’s water-repellent, but that’s probably because water is scared of it. Externally, it features airmesh padding on all contact points, a couple of shallow side pockets, a stiffened handle, a zipped quick- access compartment and a couple of mesh sleeves on the main straps. The latter are just big enough to take an iPhone each, and provide the next clue about the bag’s real function: it’s all about the gadgets, baby. 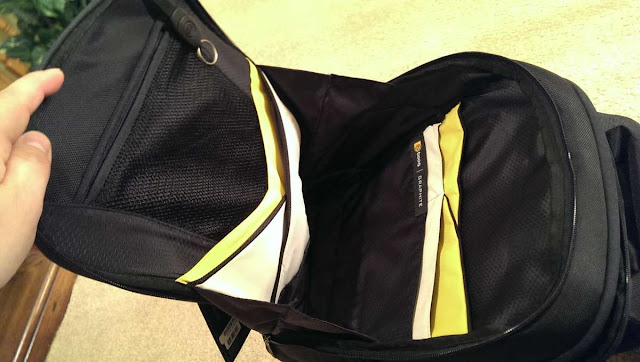 Slide open the superbly finished zipper and you’re greeted with masses and masses of padding. The main compartment swallows a 15-inch laptop with ease, and cushions it between thick layers of foam. Once the technology is firmly ensconced, there’s not much room for anything else, so it’s a good thing that there’s an extra compartment just in front of it. This one opens with a bellows-like flap, so it’ll swallow far more kit than you’d expect it to.

While the Boa Shift does a fantastic job of cushioning your toys, there are a few extra things you should know. Firstly, booq allows you to register your pack on its database so that you can be reunited with it in case of loss. That’s impressive. Less impressive is the fact that the heavy-duty protection comes at a price, both financially and in terms of flexibility. The booq is significantly heavier than a standard 30-litre daysack, and the padding means that you’ll struggle to fit quite as much in. I also found the straps quite tight, even at full extension. These make the bag very stable – I ran for a train while it was loaded to full capacity, and it hardly shifted an inch – but they can feel constricting after a while. Finally, the external pockets become all-but useless if the bag is fully stuffed, making it hard to fit in anything but than the slimmest of water bottles.

In the end, it all depends on what you want your backpack for. If you’re willing to sacrifice some lightness and versatility in favour of great looks and formidable protection, you won’t go far wrong with the Boa Shift. And yes, I managed to fit the bobblehead in. And no, it wouldn’t take the ramen. But who the hell travels with 10 packets of noodles, anyway?

Trailer: Wang is back in Shadow Warrior 2