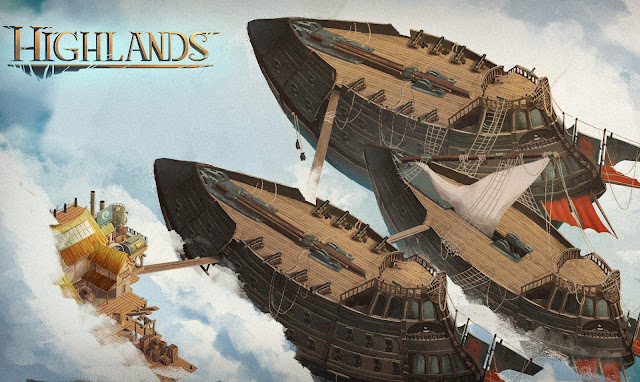 Highlands is a turn-based strategy game by Burrito Studio, another one of those micro indie development teams. And, as the team’s first game, its a good one, with plenty to offer fans of the RPG and strategy genres.

Highlands’ setting is reasonably unique, taking place on a series of floating islands and casting you as in the role of heirs to a royal family. After being attacked by an evil army these heirs, of the House of Arislaan, must fight to take back their land. Which, sure, isn’t the most original story idea out there, but the storytelling is wonderful, and the game is very story driven.

The gameplay involves players moving their characters around a map to reclaim land by defeating the enemies on that area. It’s all turn based, where you’ll move your characters, end a turn and then fight the enemies. Every level comes with a series of different objectives; some may have you getting to a certain spot on the map to win, while others task you with defeating all enemies. There are four different types of characters. These are combatants, who are good fighters, mechanics who can fortify areas on the map and craft items, leaders who can start resource gathering in areas, and academics who can heal your wounded but at the cost of food resources. 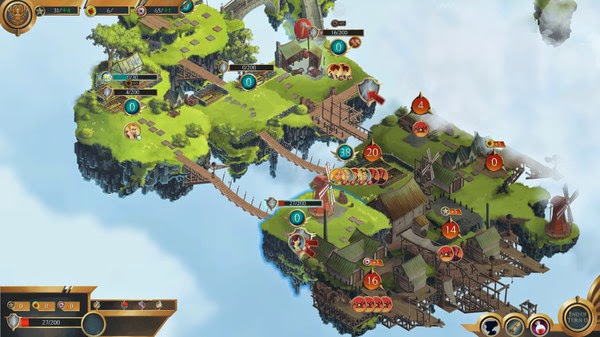 New units can be recruited once you unlock a tavern on the map, the more taverns you get, the higher the levels of the recruits you can bring on board. Recruiting costs another resource, leadership, and as you can probably guess, it’s a precious one. If an enemy takes a space on the map that is gathering resources you will have to retake the land to start gathering it again. Once you take over an area with a workshop you can use your mechanics to build items to equip to your characters that can do things like raise their combat abilities.

If one of the heirs of Arislaan dies, it’s game over, but if any other character dies, it’s a permadeath situation, not unlike the Fire Emblem series. This has the effect of raising the stakes of each conflict, of course, as you don’t want to lose your resources, but Highlands is challenging enough that sometimes it may be best to kill off one of your recruited units though as it will save one of the heirs from being killed and the game over screen.

As with any RPG, as you use your characters skills and fight they will level up, making them stronger and unlocking new skills for them. And, as you explore the map random things may happen you may get a new recruit or affect your resources in some way. There are opportunities for player choice in there; for example I once came upon a wanted criminal who said he would fight by my side and I could decide to let him fight with me or to capture him. The consequences of making these decisions are not immediately apparent, of course, keeping you on your toes beyond the on-field strategising. 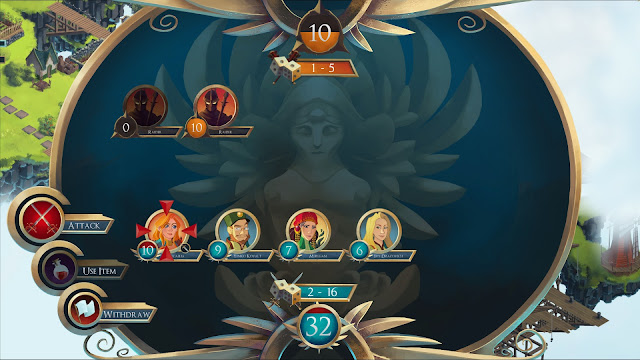 Highlands is an easy to learn strategy game, but is hard to master. The story is wonderful and will have you playing more to learn about the characters and their stories. The art is some of the prettiest I have seen in a game in a long time. It might not be the most innovative game out there, but given it comes from a small indie team, it does achieve what it sets out to do admirably.