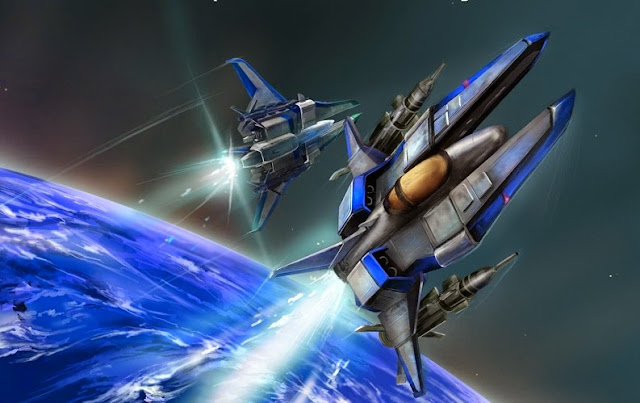 As I originally said in my Soldner-X 2: Final Prototype review, we seem to have seen an abundance of shoot ‘em ups set in space in recent times. Gradius V was lauded by many outlets for its overall excellence in shoot ‘em up design when it was released on the PlayStation 2. There has been many years since the original release, and this always raises questions about how well a game ages over time. Thankfully, Gradius V has hardly aged a bit, and retains a great deal of the old school shoot ‘em up style of gameplay I grew up with, fully intact.

Gradius V was made by Treasure, and with games such as Gunstar Heroes, Mischief Makers and Ikaruga under its belt at the time, the Gradius franchise was in good hands. Gradius V retains the classic Gradius horizontal shoot ‘em up style of yesteryear, and Treasure ensured that the final game in the franchise went off with a proper bang. 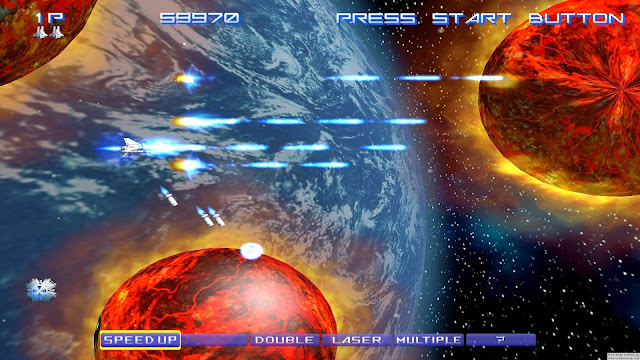 Each level in Gradius V has had absolute care taken with its design, and the placement of every enemy, turret, boss and space junk feels like it has purpose. Each play through feels different despite the levels playing out identically. While I might be contradicting myself with that statement, it truly is hard to explain, but I was often coming up with completely new strategies to get through each stage, despite being presented with the same levels each time, which goes to show the depth and intricacy of what Treasure created in this one.

What was most refreshing about going back to Gradius V was the fact that it didn’t rely on the bullet hell form of difficulty like many shoot ‘em ups of today. The classic arcade design still requires lightning quick reflexes, but does so without the need to throw eight million fireballs at players at once all over the screen. On the other hand, as a PlayStation 2 Classic, it does not have the HD upgrade that many other games from that era have been given. This is slightly unfortunate as the visuals have not aged nearly as well as the gameplay, with a lot of enemies coming across as generic, and the textures aren’t exactly as pleasing to the eye as what they were back in 2004. Gradius V is a simple game by design however, so it’s not as painful to witness as with some other PlayStation 2 games played now, and you’ll be spending too much time simply trying to avoid death anyway.

Gradius V appeals to me in many ways. It reminds me of my days in the early 90s, where my parents would take me up to the pub and give me a raspberry soft drink and 10 bucks to pump into the arcade machines while they socialised. While not socially appropriate these days, the idea that Gradius V can take me back to a time where I first honed my hand-eye coordination in the most fun way possible fills me with warm fuzzy feelings.