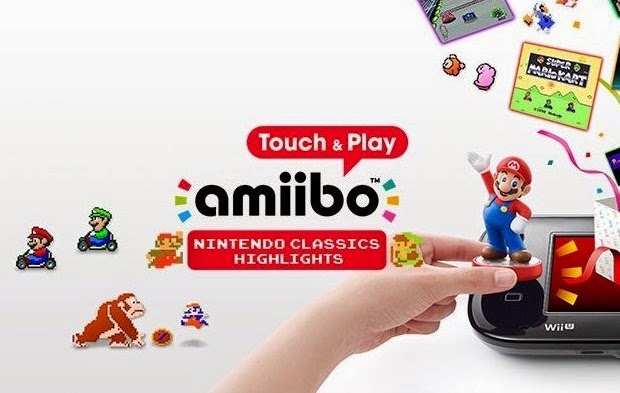 Screw it. I wasn’t going to review this ‘game,’ because it’s free and it doesn’t even have microtransactions. But then I started playing with it, and felt compelled to write something about it, because I cannot fathom why Nintendo would expend the resources and energy to create this thing. It makes no sense whatsoever, even though it won’t cost players anything.

Amiibo Touch & Play allows you to use those Amiibo miniatures that you’ve been spending a fortune on to unlock time limited demos of a range of SNES and NES games. Each Amiibo unlocks one game, and then each time you tap that Amiibo to the gamepad, you get 180 seconds to play one of Nintendo’s classic NES or SNES games.

Now you won’t start in the same spot each time. Each game is broken up into ‘scenes,’ and each time you tap the Amiibo down you’ll be taken to a different scene within the game. That way you get to experience a fair number of the game’s important moments within the 180 seconds that each Amiibo tap grants you. To the best of my knowledge each of the games on this download are there in their entirety, with the only thing preventing you from playing the entire game is the 180 second time limit. Or, in other words, if you’re really, really good at Super Mario Bros. you’ll get a very long way through it before the timer runs out. 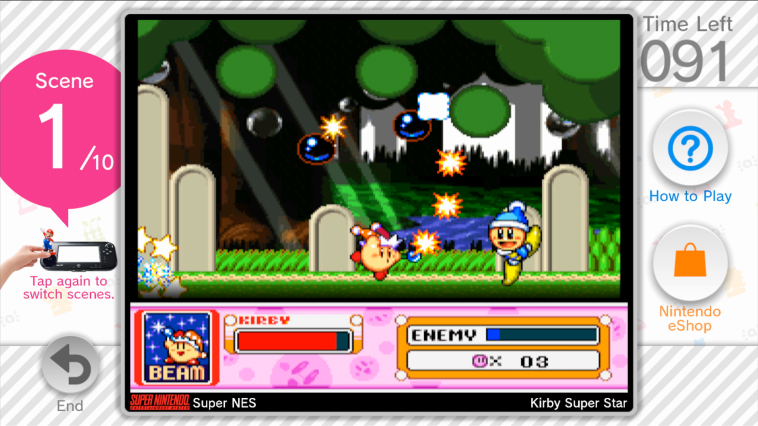 Beyond that, the timer hardly matters for half the NES games out there. I unlocked Donkey Kong as one of my games with my Pikachu Amiibo (we’ll get to that in a second), and Donkey Kong only has three levels. I effectively completed that game with my 180 seconds, and while I understand that that full game is a score attack experience, I have to wonder who the heck would be convinced to purchase the whole game based on that demo? For that matter, let’s think about this for a second – Nintendo has, in 2015, expended time, resources, and development expertise on creating a demo for Donkey Kong on the NES.

It also makes no sense which games these Amiibo miniatures unlock. My Zelda Amiibo (the pride of my collection, so I expected a lot from her) unlocked a demo for Super Metroid on SNES. A game I already own. My Toad Amiibo gave me a demo for the original Legend of Zelda, and unless I’ve missed something over the many years since that game launched, the original Legend of Zelda didn’t have a cameo from Toad. One of my Mario Amiibo unlocked the demo for Kirby’s Dream Course. Surely, if the purpose of Amiibo Touch & Play was to sell games on the Wii U Virtual Console, then it would make more sense to have the Amiibo unlock demos for games that are related to the miniatures people spend $Aus18 on? Or, at least, don’t already own?

It also makes very little sense to limit the demos on a time basis. If the game is narrative heavy, such as in the Zelda games, then it’s a waste of the player’s time to limit a demo ‘scene’ to three minutes, considering that won’t get them past the first enemy after they wade through a load of dialogue. It also makes no sense to give players the entire game as a ‘scene’, as happened with Donkey Kong. 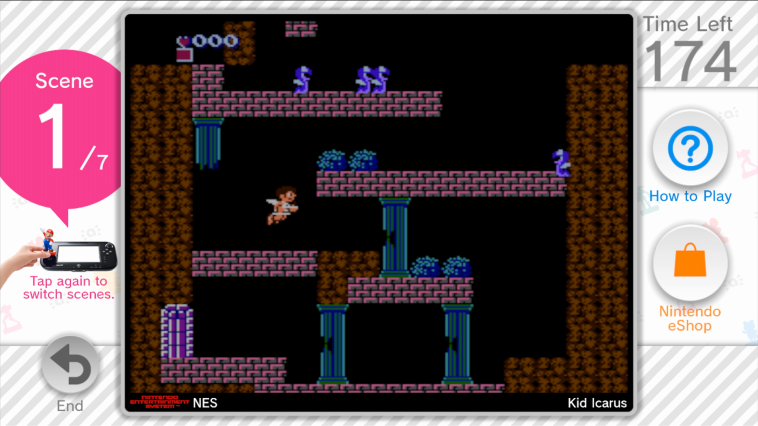 But more than anything I don’t understand why Nintendo would expend the resources on creating demos for SNES and NES games in 2015. I can promise you, Nintendo, that everyone who is interested in these games already owns them (or has at least played them). And, frankly, for the price that it costs to buy the darned Amiibos, it would have behoved Nintendo to unlock the full version of one of these games as a bonus.

Even as a completely free download, with a link to the relevant eShop download to ‘encourage’ players to download the full game that they’re trying, I simply do not understand the purpose of Amiibo Touch & Play. It’s overly limited, and I honestly cannot see whatever scenario Nintendo’s decision makers expected to play out when they conceived this one. People don’t need demos for games from the SNES and NES era in 2015. It’s as simple as that.