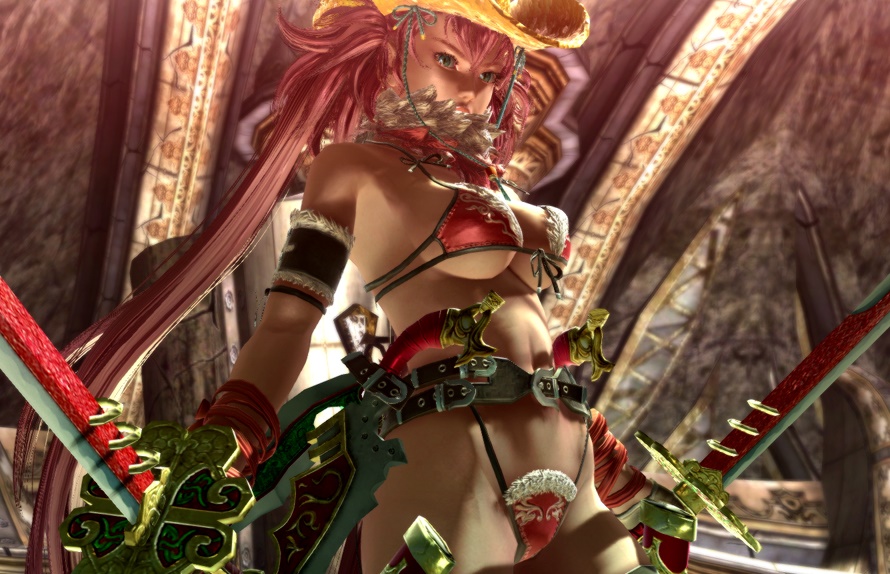 NISA has released an English trailer for its upcoming Onechanbara Z2 action game (the same game will be published by XSEED in the US). And it’s immediately obvious that the bikini-clad girls voice actors are playing this one up for everything that it’s worth.

Onechanbara has, of course, been a B-grade action series from its inception, focused heavily on exploitation and grindhouse-style horror. But it has developed into a series with a cult following over the years, appearing across multiple consoles, and even having a movie adaptation.

This game, which is coming to the PlayStation 4 in Fall (or Spring, for Aussies), is the latest game in the pile. From the press release: Fight off the invasion in gruesome detail, sending limbs and blood flying every which way through a variety of physical attacks and acrobatic maneuvers, occasionally transforming into a demon for short bursts of added power and speed at the cost of life energy. Each of the four members of the so-called “bikini zombie squad” has her own unique abilities, and skillful play is rewarded with orbs that can be exchanged for upgraded weapons and outfits.

As mentioned, it’s grindhouse and exploitation stuck together like a classic B-grade horror movie from the 70s and 80s. Don’t go in expecting something of the standard of Goichi Suda, and you’ll likely have fun with this one.