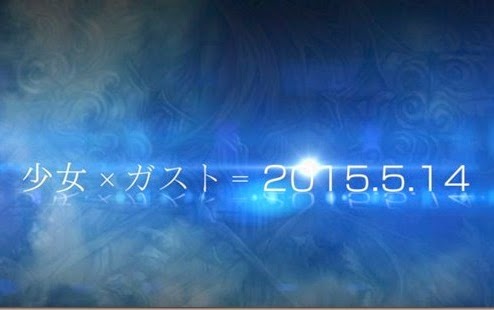 This is truly fascinating. GUST has announced its first PlayStation 4 game, Land of No Night, and while that’s really exciting in itself (after all, I love GUST with an absolute passion), what is really interesting is that it’s not being directed by one of GUST’s creatives.

(The game is also coming to PlayStation Vita and PlayStation 3, but it’s the PS4 version that is most exciting).

Instead, the game is being helmed by Keisuke Kikuchi, the man behind the Fatal Frame and Deception series. Kikuchi is one of Koei Tecmo’s most experienced veterans, so this is nothing to be concerned about, but it does show that GUST is being slowly merged into the broader Koei Tecmo organisation.

I met Kikuchi last year when I interviewed him for my book, and I do think he’ll be a good fit for a GUST project. He has a sharp creative mind, and while neither Deception nor Fatal Frame are JRPGs, they are quality, narrative-heavy games. But what is really interesting is that Kikuchi’s projects tend to be the polar opposite to the bright and positive Atelier games from GUST, so it will be very interesting to see the tone that Land of No Night takes.

The description, according to Siliconera:

Land of No Night takes place on an island known as “Le Soir” (meaning “the night” in French) and will tell the tale of the fate of two girls. Using magic swords and demon subordinates known as “Servan,” Land of No Night is described as an action RPG with a refreshing sense of cooperation.

The protagonist is a half-fairy girl named Arnath [アーナス] voiced by MAO, and a saint named Rulitis [リュリーティス] voiced by Hiromi Igarashi. Keep in mind that we aren’t certain of the official romanizations for either of those names, since Japanese developers have a tendency to pick odd names.

GUST fans need not worry, either; Tadanobu Inoue, a GUST veteran, is the general producer of the game, so there will still be plenty of traditional GUST oversight going into the game.

There are no screenshots or art for the game just yet (though it will surely come soon, as suggested by the date in the teaser image above). But the idea of the game alone is good for us.

Nippon Ichi announces The Witch and the Hundred Knight 2