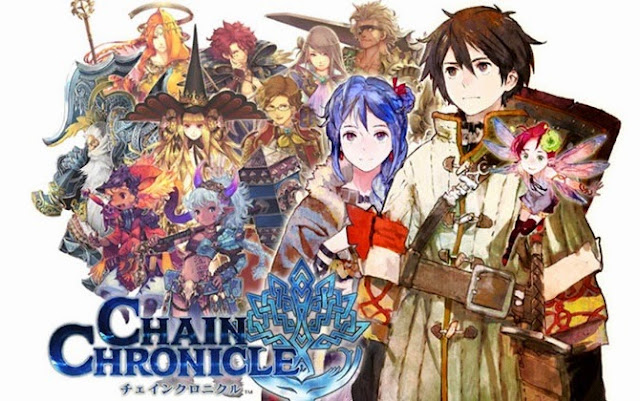 Recently, gumi Asia’s port of SEGA’s Chain Chronicle hit a milestone; one million downloads of the English “worldwide” release. While it’s a free-to-play game, and therefore that massive number doesn’t translate directly into financial success, it is nevertheless a significant achievement when you consider that while people in the west generally are receptive to free-to-play games, it’s the likes of Candy Crush and Clash of Clans that are generally the popular ones. Mobile games that are distinctively Japanese have struggled to gain the same traction; and that reality includes even the likes of the mighty Puzzle & Dragons.

So gumi Asia’s Chain Chronicle Producer, San San Ngan, is rightfully proud of the success of the game to date. “The reception for the game has been unanimously positive -reviews and all – thanks to a strong start,” Ngan said (and you can check out our review of the game here).

“Having said that, we can’t rest on our laurels. We are doing our best to keep the momentum going with exclusive global content and by catching up closely with the Japanese release of the game in terms of updates and events.”

It is that latter need – the need to catch up to the Japanese version of the game in terms of raw content – that has proven the be one of the great challenges for Ngan and his team. Part of the success of Chain Chronicle in Japan (and there it really has been an utter hit) has been the collaboration events that it has had with other popular franchises. For instance, both Spike Chunsoft’s Danganronpa, and GUST’s Atelier Escha & Logy, have had crossovers with Chain Chronicle, giving fans a limited time to unlock a range of their favourite characters in the game. Having Monokuma or Escha participating in your Chain Chronicles battles has proven to be a very effective incentive from SEGA in keeping existing players coming back for more, and pulling new fans into giving the game a try in the first instance.

In the west, we haven’t seen these kinds of these collaborative events, yet. gumi Asia has been working hard to give players timed events and new characters to earn and unlock, but it has yet to offer character cross overs with other franchises. That’s not from a lack of desire in replicating the success of the strategy, Ngan said.

“We are incredibly aware about the huge demand for the guest characters from the Atelier and Danganronpa series. In a perfect world, we would love to bring these characters into the global version, but what worked in Japan may not necessarily work in other countries,” he said.

“Having said that, we are always open to new possibilities regarding potential collaborations with both existing and new properties for Chain Chronicle. As such we are looking into a variety of collaborations at the moment. In the meantime, we have released new characters for the global version of the game and will continue to create exciting new global features in the future…”

In the meantime, gumi Asia is working at expanding the range of content on offer further, thus giving players other incentives to come back for more. The worldwide edition of the game recently got a PVP mode, for example, which allows players to draw together their favourite characters and battle teams of other player’s favourite characters. Ngan said there was much more of this content on the way shortly.

“We have an upcoming crafting feature and an additional PvP mode on the horizon. We have big plans to entertain our loyal global users, so stay tuned,” he said.

And so it looks like Chain Chronicle’s worldwide edition will continue to spin out into a completely different beast to what the Japanese are playing. And this makes sense; after all, the various markets that the worldwide edition targets is fundamentally different to the Japanese, and so games produced for it will be more successful if they’re developed with that specific market in mind.
And it does mean that we will miss out on on some of the cool thinks that have been happening with Chain Chronicle in Japan. For example, in Japan there’s a really good port of the game to PlayStation Vita that seems unlikely to fit into gumi Asia’s current plans. “Our focus is still on mobile platforms and only on the iOS and Android version, so we cannot comment about the PS Vita version. Sorry,” Ngan said.
But despite that, it looks like fans of Chain Chronicle have plenty more support and content to look forward to in the near future, he added. “The characters we have are worth recruiting, so much so that our fans are willing to support us many times just to get the ones they really want. The general rule of free-to-play games: people are willing to pay for a free game if there’s good content worth coming back to on a weekly basis. We believe that Chain Chronicle’s past, present, and future content adheres to that rule,” Ngan said.