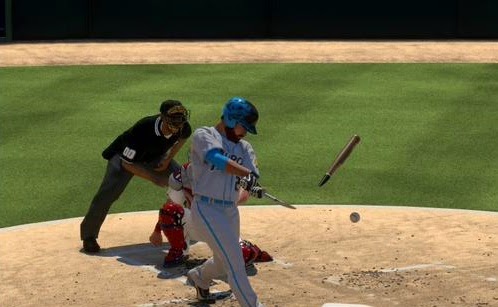 Baseball isn’t cricket, but as a sport it’s not so bad. I have to say that, because I’m Australian, and now that I have got that out of my system, let’s talk about MLB 15 The Show.

Related reading: You can also check out our review of the PlayStation Vita game here.

Sony might not produce many sports games, but its MLB The Show franchise is so superior that it’s all but muscled any hope of a AAA competitor out of the market. With each new game in the franchise it does just enough to make meaningful improvements on what came before, while going through the usual roster updates. This latest edition of the game does a fair amount under the hood to improve the game flow and keep the play options as comprehensive as possible, and on the PlayStation 4 it looks gorgeous.

In fact, it’s the best looking sports game on consoles to date. Player models are detailed and move with an authenticity that looks almost real. I took a screenshot using the PS4’s share button and stuck it on Twitter, and one of my followers remarked that it looked like a photo. This was an assessment I had to concur with. 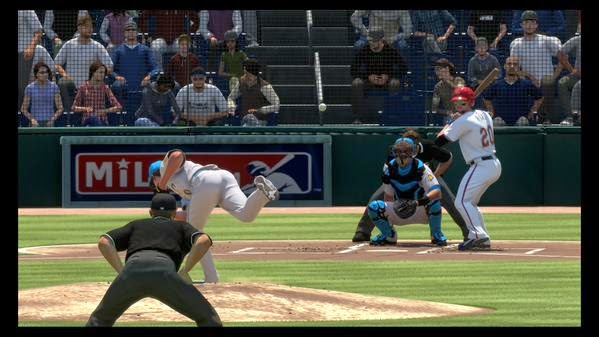 There are multiple different play modes, which are almost expected in sports games now. There’s the basic exhibition game, but it’s the career and franchise modes that you’ll become most involved in. Baseball seasons are long affairs, so it’s a major time commitment to get yourself involved in these modes, but the depth of control that you’re given over your players and teams will give you a great sense of reward as the season drags on.

What is disappointing is that the game is restricted to the American leagues of the sport. I know that MLB indicates that this would be the case, but one of the things that I like about the FIFA or PES games is that I can play in international leagues and I’m not restricted to, say, the English Premier League. Baseball is a global sport and it would have been great to play through a Japanese, Cuban, Chinese Taipai or even Australian league. Or, alternatively, an international competition with the top 20 or so teams would have been greatly appreciated.

Taking a leaf from EA’s sports games, there’s player cards to collect to form your dream teams, and this feature is both a little grind-heavy and has whiffs of unpleasant microtransactions that I wasn’t comfortable with. In fact, coupled with the energy that has gone into driving players into online competition, the ability to buy yourself access to quality players rather than rely on the randomness of the draw gives the game a whiff of pay-to-win, and that’s really disappointing. On the plus side, the amount of control that you have in designing your dream team is quite impressive, right down to having full control over logos and team uniforms. Players that have the patience for the grind, or are happy to pay a little extra, will get a fortune of play time out of this game, as it’s hard not to form a real sense of ownership over the team. 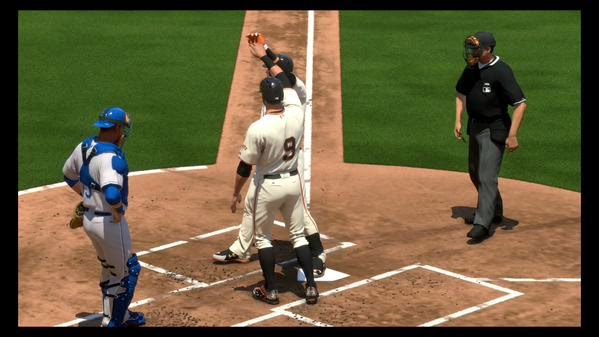 On the field, baseball is in some ways a more simple sport to recreate than others. The real focus is the battle of wits between the pitcher and batter and a single connection point – the bat and the ball, and that happens within the bounds of a tiny, static square above the home base. There’s limited need to worry about field placements – the places for those fields is determined by the nature of the sport, with limited room for strategic thinking beyond the standard placements. Pitchers will each have a couple of different throws, from the standard fast ball to one that will curve around in the air a little, but because the ball doesn’t bounce, there’s physics engine around the ball’s movement is more simple than you’d find in a sport like cricket.

With such a razor-sharp focus, anyone that produces a baseball game needs to nail the physics of that moment where the bat connects with the ball perfectly, and MLB has nailed that. The action of both throwing the ball as the pitcher, and swinging the bat as the batter, is absolutely spot on. Not once did the ball do something that I wouldn’t have expected it to if those same conditions happened in the real world. From there a skilled player can start making strategic use of throwing balls outside of the square (thus resulting in a ball, or trying to tempt the batter into a wayward swing for a strike). The batter can make sacrifice plays, bunts, or try and hit the ball to specific parts of the field. Stealing bases is always an exciting moment, as is executing on the perfect double play. Baseball is a more static sport than football, or even cricket, but playing well still requires a great deal of skill, and MLB 15 The Show is the best attempt at capturing those skill requirements in a game to date.

There are a few technical issues that hold the game back, however. There is no camera angle that properly creates the depth of field that, as a batter, you really do need to properly judge swings. With practice you’ll learn how to time the swing properly, but it’s an artificial kind of learning, and the hand-eye co-ordination that is really needed to play proper baseball is not a feature here. If there is any one sport that would benefit from 3D technology, it’s this one. Pitching, meanwhile, is spot on, but fielding is surprisingly clunky, and the AI is woeful. I regularly see players standing around doing nothing with the ball in their hands as the opponent slides into a base that a simple throw would have had him out. 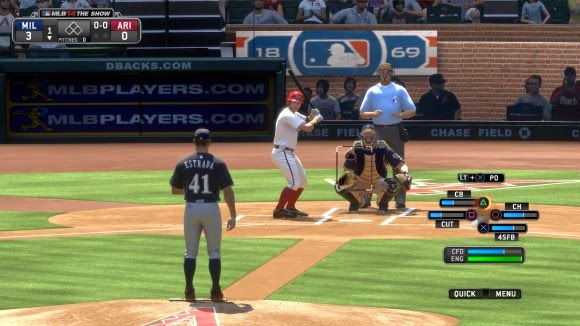 These are minor criticisms in the grand scheme of things though. MLB 15 The Show is a truly brilliant take on the sport of baseball, with competitive AI opponents, a wealth of play modes, and a faultless art style. The biggest challenge Sony’s going to have now is convincing players to buy next year’s edition, because I can easily see them still playing this one when that time rolls around.