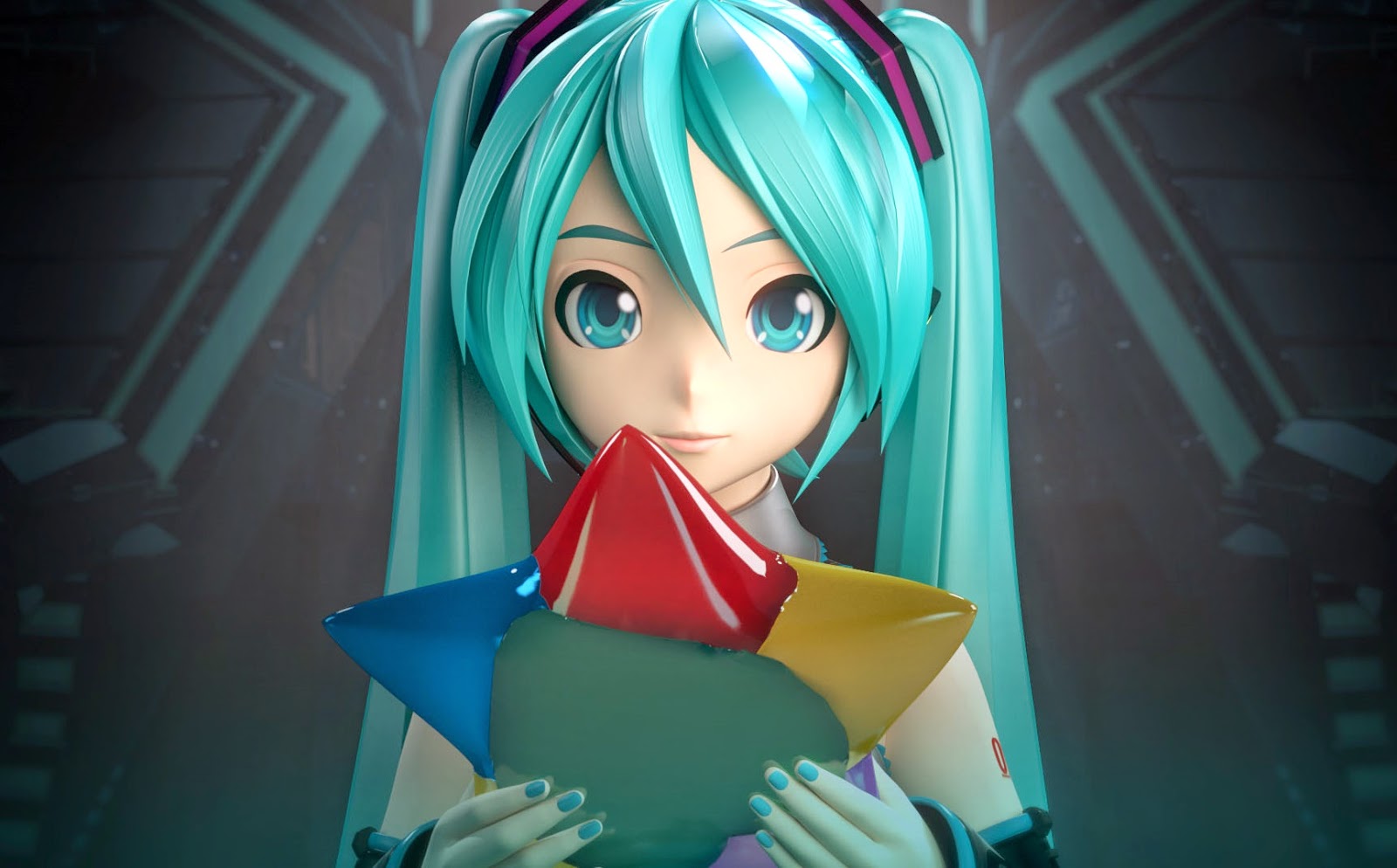 I don’t think you’ll see a more otaku-cool headline than that all year. Apparently Idea Factory is collaborating with SEGA for a cross-over Hyperdimension Neptunia spinoff game… and Hatsune Miku is going to be a part of it.

Only she’ll be named Hatsumi Sega, because it’s Hyperdimension Neptunia and all the characters need to be like their “real” counterparts without being them. But what is perhaps most exciting is that this Hatsuni Sega will be drawn by Tsunako, and that’s a combination that is truly made in heaven. Sadly we don’t know what she’ll actually look like right now, but we’re immediately interested in this game.

The game itself, Hyperdimension War Neptunia VS Sega Hard Girls: Dream Fusion Special, sounds good, too. According to a report on Gematsu:

– Development is being handled by Felistella and started last fall. The Neptunia Team is contributing art and other visual assets.
– The game is an RPG that sees the Neptunia and Sega Hard Girls camps fighting one another.
– The main focus character-wise is IF-chan and Hatsumi Sega.
– Gameplay systems are vastly different from standard Neptunia games.
– There’s attention to detail for the Sega Hard Girls; Saturn, for example, can’t use both of her hands at the same time because of the console’s CPU quirks.

There was also another spinoff game announced, Extreme Dimension Tag Blanc + Neptune VS Zombie Army, but frankly all we can think of is what Tsunako’s Miku will look like. We’re sold on that game already.

And in other Hatsune Miku news, it looks like SEGA is looking at porting the arcade game to consoles in some form. It has set up a survey to let fans of the arcade game in Japan vote for their preferred platform for a port, and my money’s on the PlayStation 4 winning in a landslide. If that port happens then we’re in for a heck of a time, since the arcade game has something like 200 songs on it.