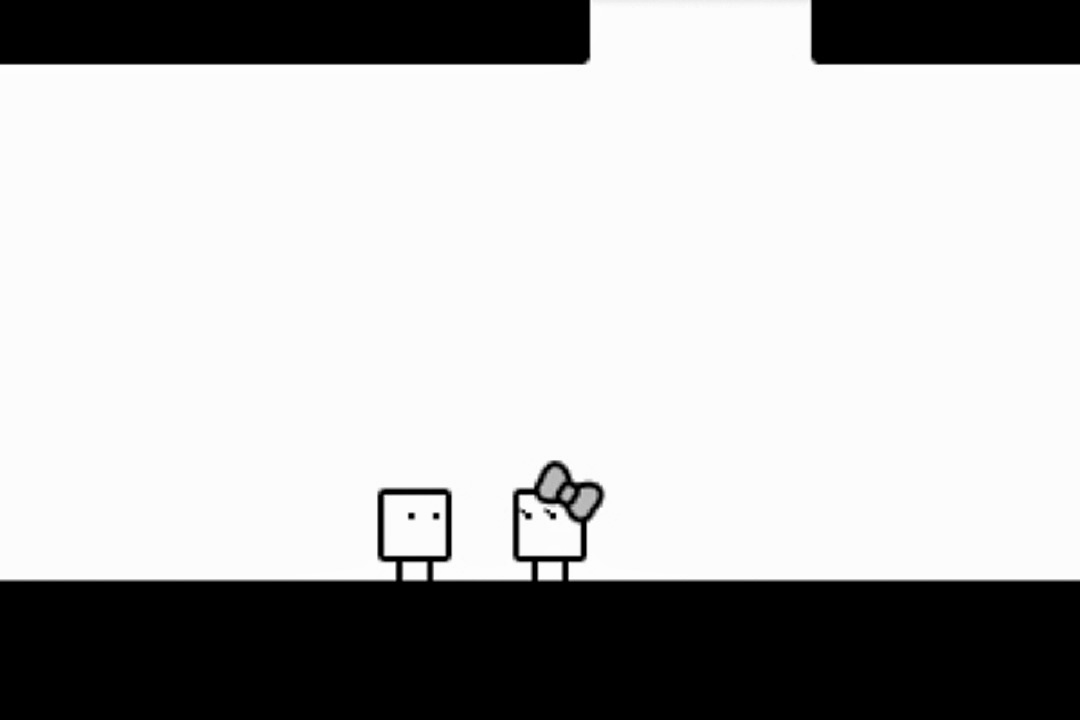 Every so often Nintendo publishes an utterly oddball little downloadable title. They typically come out of nowhere, and almost always impress me more than the company’s big releases.

Such is the case of Boxboy!. One of the most attractive, charming, entertaining games to land as an eShop exclusive in some time. It’s the ideal example of how less can be more in game development, and its minimalist aesthetic and gameplay mechanics belie a rich, complex and vibrant puzzle experience.

The concept of the game is incredibly easy to explain. You play as a little box fellow who has one ability: to produce more boxes. He can use these boxes to create stairs to climb up and reach high points, bridges to navigate across impassable terrain, and as a shield to protect himself from hazards in the environment, such as lasers. 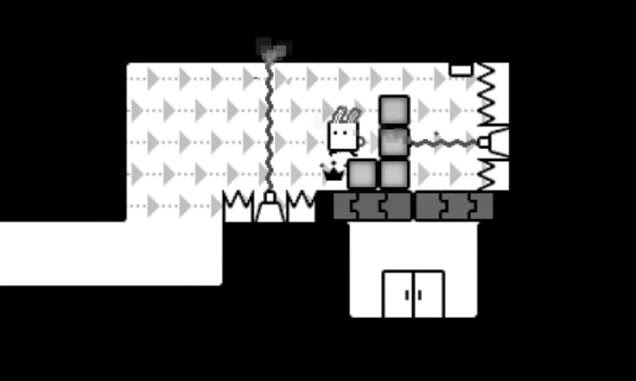 He has a limited number of boxes that he can use, and needs to get to a doorway at the end of each level. For an added challenge, each level has one or more crowns that are located in out of the way places that he can try and collect, and those provide him with an in-game currency that can be used to unlock new costumes, the game’s soundtrack, and so on.

And that’s all Boxboy! is. Level after level of this concept being used in increasingly complex and mind-bending ways. Each level is reasonably short, but after a brief introduction to show you how to properly use the boxes, the game then lets loose and will challenge almost anyone. The layout of some of the levels are exceedingly complex and require some real lateral thinking in order to understand how a couple of boxes might be able to make the impassable passable.

While there isn’t much else to the game than getting to the exit in each level, nabbing the bonus crowns in each level quickly requires mind-bending creativity, and the game only gets more and more difficult the deeper you go, meaning that there’s more content in the title than initially appears (especially given its cheap price). Players can use hints when they get really stuck, but it was nice to see that the hints themselves only make puzzles easier, and never outright answer them for the player. You’re still going to have to do some work on your own, even if you rely on the hints. 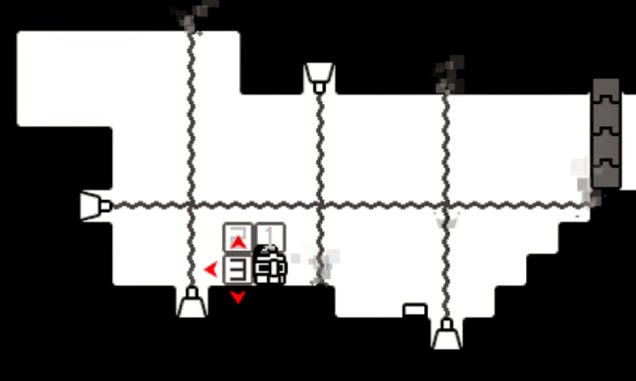 It’s rewarding to work through each level as a result, and the little dance that the box boy character performs on reaching the exit is a reward into itself. We’ve seen with recent Nintendo 3DS games like Xenoblade Chronicles 3D and Ironfall: Invasion that developers are trying to push technical boundaries on the hardware as far as possible, but if I’m being honest I’d rather more games like these. Simple, effective, and minimalist games allow developers more creativity than some of the most complex games, because it becomes that much easier to focus a player’s attention on what the developer wants you to see. Subtle little animations from the box boy create personality that was so lacking in Xenoblade where I could barely see textures on character faces, and the clean lines aesthetic of the environments mean that there is no way that the player can miss important information – you know instantly where the puzzles are and what hazards you’ll need to overcome in each level.

The effect is pleasing on the eyes, too, and easy to sit down to for hours at a time, where more complex games can become draining from their over simulation. Boxboy! is too challenging to be a “casual,” game, but it’s a casual experience in that anyone can sit down and appreciate what it is and what it offers. In other words, it deliberately plays on the same simplicity that has made games like Tetris so effective over the years.

Boxboy! is confident, assured programming. It’s brave to make a puzzle game in which players control a box with two little slits for eyes. It requires the confidence of the entire development team that they’re going to be able to imbue character into the experience despite the minimalism, and that the level design and puzzles would be interesting enough in their own right to maintain the player’s interest. HAL has succeed in doing just that, and the Boxboy! development team was justified in their confidence.

More Hatsune Miku DLC, because you can never have enough