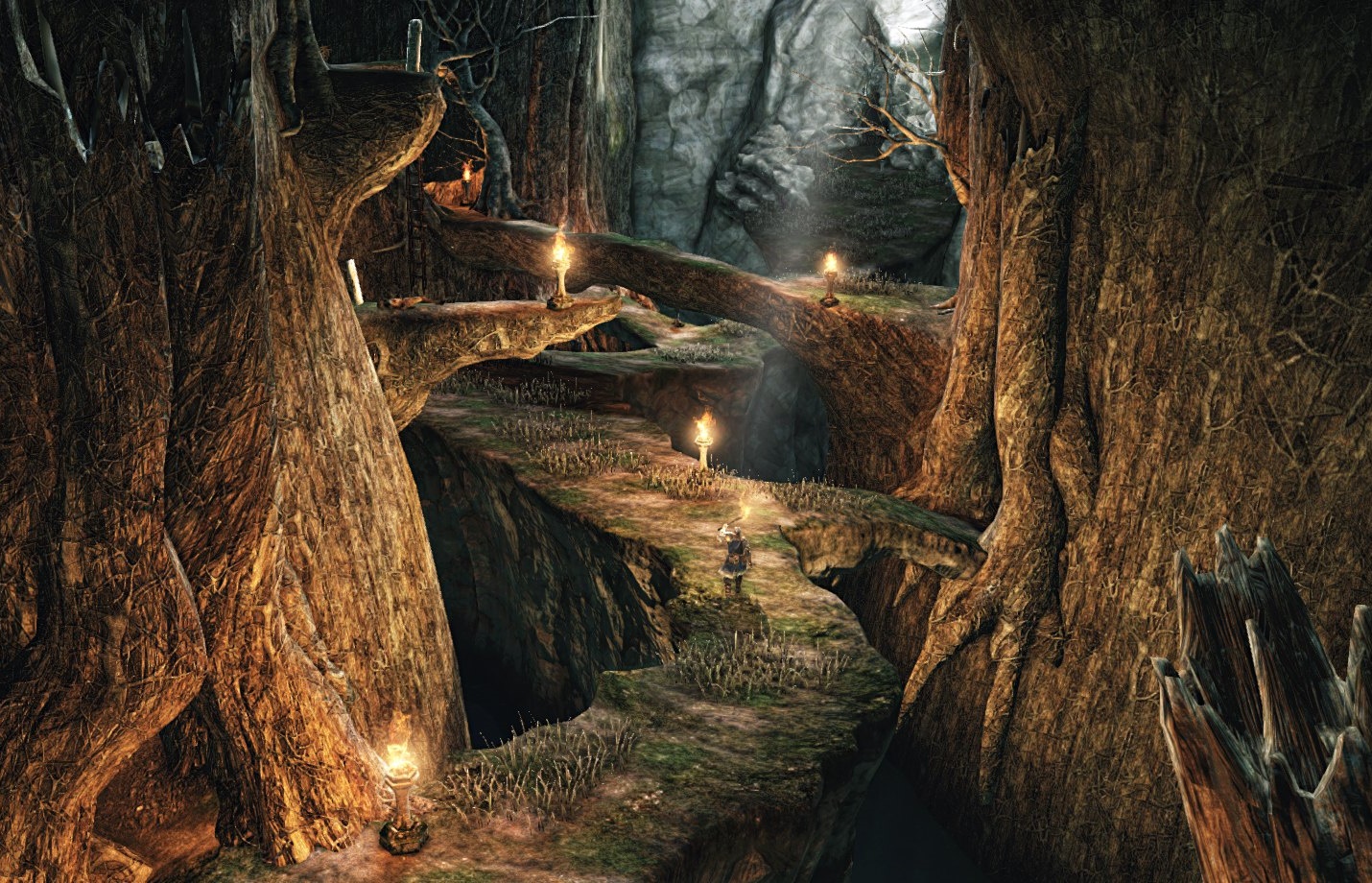 Released within a week of one another, I am so very interested to see how Dark Souls 2: Scholar of the First Sin compares with Bloodborne over the long term. Which game will end up dominating the consumer mindset on the new generation of hardware? Which game is considered to be the “better” once the near-universal love of Bloodborne as a new IP settles down? Has Scholar of the First Sin done enough to be more than just another HD re-release?

Related reading: You can check out our review of the PlayStation 3 original here.

These are all good questions and I have answers to none of them, as I’m not a time traveller and I don’t know what people are talking about when it comes to From Software and its games a year or two down the track. But it is going to be fascinating to see play out because, reputation for difficulty aside, those two games are the proverbial cat and dog.

What I can say, though, is that Scholar of the First Sin does deserve to be considered more than just a “remaster,” as the likes of Tomb Raider or Sleeping Dogs were. This is not just a slightly better looking version of the previous game, and From Software have clearly attacked this as an opportunity to tweak it to improve what was already an impressive effort. 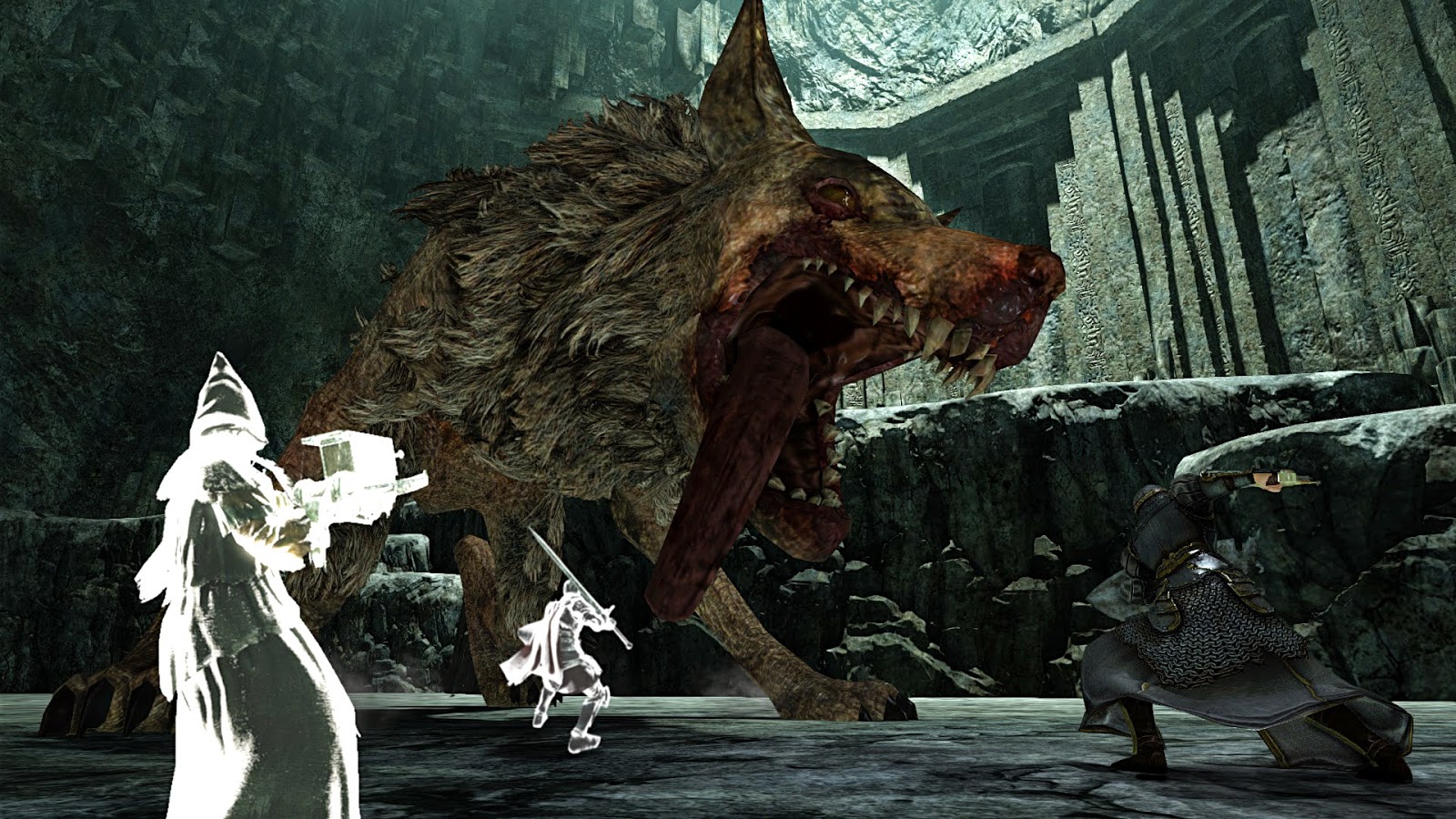 On the most superficial level it looks far better than its PlayStation 3 counterpart, with more detailed environments, and a lock on a 60 frames per second framerate that Bloodborne couldn’t even manage. But the superficial visual improvement has an impact on how the game plays, too. For a game that requires absolute precision with movements to duck, weave, and dive away from hulking, powerful, enemies, this is important, and Dark Souls 2 is the cleaner experience for it.

I had originally assumed when I had heard that enemy placement had been tweaked that it simply meant that there would be slight differences from one game to the next. Then I entered the game’s first “forest” area for the first time and immediately encountered one of the game’s ugly troll things, rather than the unarmed zombie that the original Dark Souls 2 placed as the first enemy in the area. It’s possible to avoid that troll thing for later battles, but it was a portent of things to come, with enemies popping up in the most inconvenient manner possible where I hadn’t previously expected them. Over the course of the whole adventure I found myself needing to remain on my toes, because despite having playing the original Dark Souls 2, I wasn’t going to be given any guarantees on what to expect this time around.

Finally, I never bought into the DLC of the original release of Dark Souls 2, so I was glad to have the opportunity this time around. Those DLC areas are some of the finest moments across the entire game, being both of pure difficulty and absolute intricacy of level design, and between the new enemy placement and this content there is plenty of reasons for someone who played the original game to dip back in for another delve. It’s likely to be something you’ll do after Bloodborne, given that that game is all-new and so likely more exciting to the Souls veteran, but I do hope they keep this title on the radar, because it does offer the definitive version of the Dark Souls 2 vision. 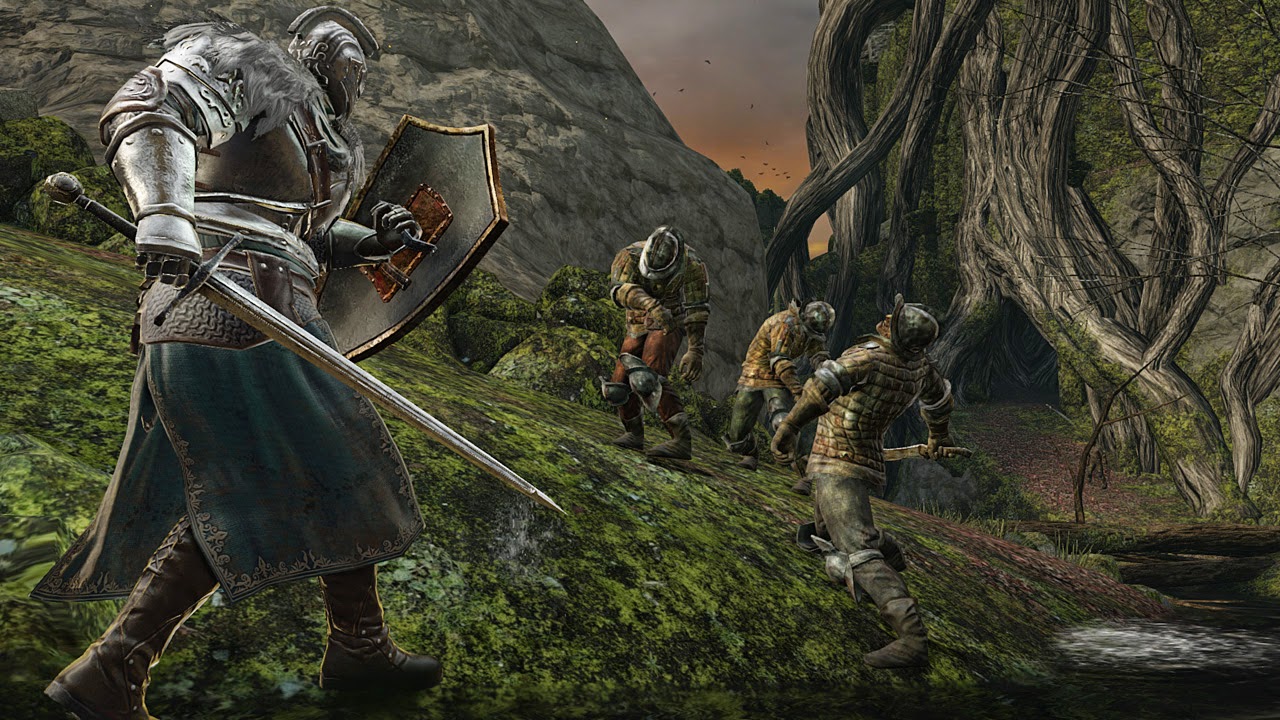 Thematically, I find a lot more to appreciate about Dark Souls 2 than Bloodborne, it must be said. That’s not to suggest that I found Bloodborne’s Victorian horror theme unappealing (I actually love that setting), but there is a gothic majesty to Dark Souls 2 that makes for a more naturally beautiful setting. There’s more greenery, more colour, and a kind of serene melancholy that is a stark contrast to Bloodborne’s violent anger. The horror theme runs strongly through Dark Souls 2 still, but it’s more akin to a classic novel like Dracula or Frankenstein, where Bloodborne is a more gritty Jack the Ripper-style story. Both have merits, but people wondering why the two games were released so close to one another should be aware that thematically they are different enough to one another that they provide a different experience to each other.

However, it must be said that some of the more problematic issues I had with Dark Souls 2 remain a problem on the new generation of hardware too. I don’t like the fast travel system. I understand why it’s there (because From Software wanted to provide players with a convenient way to move around that wasn’t going to drag the experience long with constant backtracking), but in execution it seems to have turned the level designers a little lazy. The intricacy of level design in Demon’s Souls, the first Dark Souls and Bloodborne means that corridors wound in on themselves and secret passages to backtrack were plentiful and rewarding. Dark Souls 2’s level design travels in a more consistently forwards direction, as the developer knew that people could just zip backwards in a jiffy when needed.

As a secret passage is less of a reward now, Dark Souls 2 instead offers players lots of loot in finding the secret areas, and that brings me to my other great criticism of this game – it’s just a little too wrapped up in its love for loot. I know that players like decking their RPG characters out in shiny gear, but Demon’s Souls and Dark Souls was more about the atmosphere and journey than the reward. For a world of melancholia, the love of dolling out “treasure” seems at odds with Dark Souls 2’s theme. 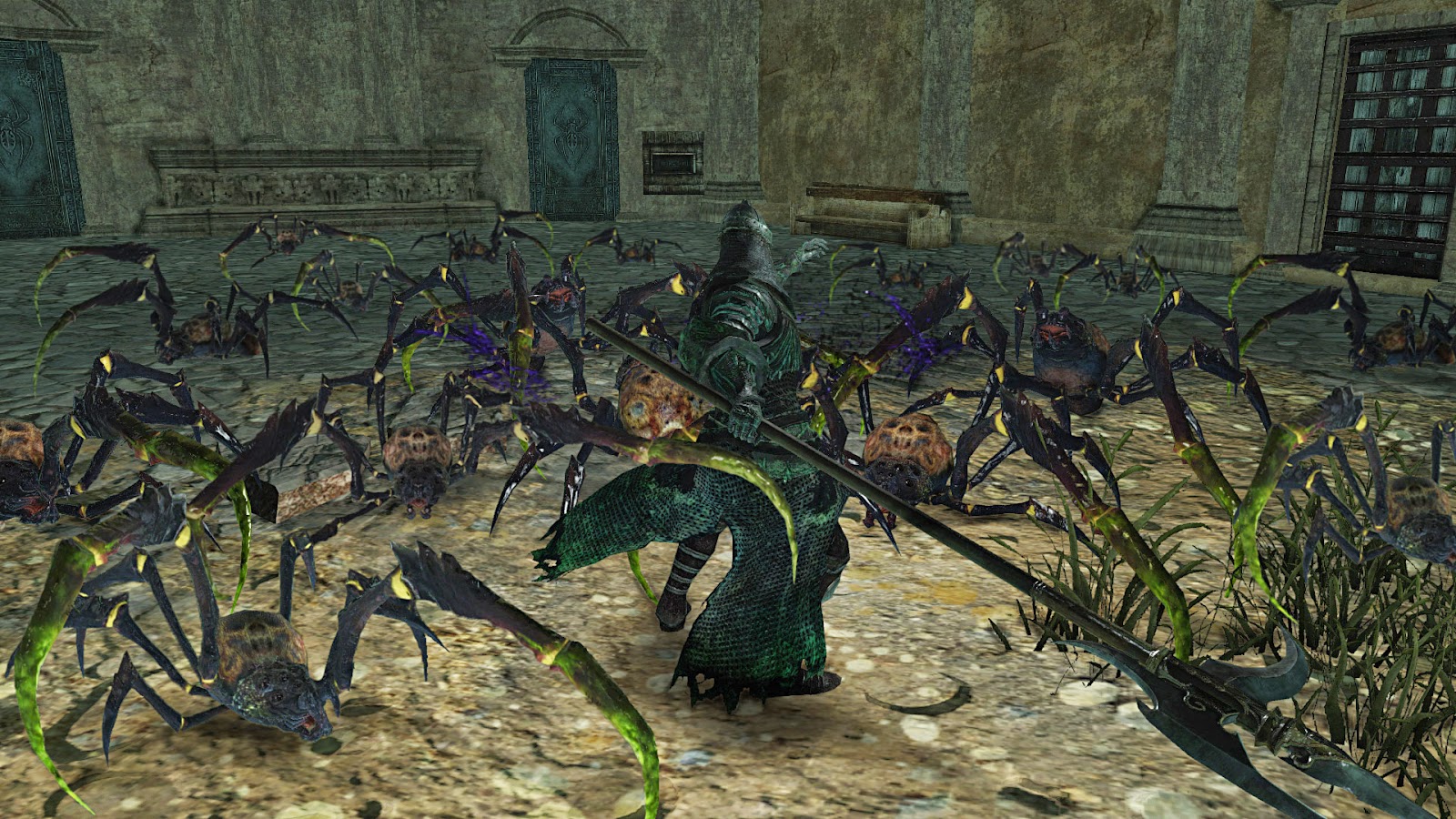 I’m also not a fan of the way the game removes enemies once you’ve fought them enough times. In the original Dark Souls 2, resting at one of the bonfires strewn around the environment would recover your character’s health, but would also respawn all the enemies around him/ her (other than the bosses, which were gone once you’d defeated them once). This happens in Dark Souls 2 as well, however, if you defeat an enemy that has respawned a number of times (I never counted how many times precisely, but I would guess somewhere around 8-10), that enemy doesn’t respawn any longer. Again, I understand why the development team made this decision, because it forces players to keep moving forwards, and prevents them sitting back and grinding away by defeating the easy enemies for cheap rewards. But in the broader Souls fiction it makes no sense – it’s an arbitrary “gamey” contrivance rather than the logical consistency to design that previous Souls games followed.

These are minor criticisms. Minor enough that most people either won’t notice or won’t care the subtle shifts away from a pure “Souls” vision into something more generic. Many people even appreciate these changes, I suspect. But I didn’t appreciate the compromises that these changes spelled to the purity of the original Souls vision, and that remains the case here.

For people who enjoy getting into the multiplayer side of the Souls experience, it’s worth nothing that Dark Souls 2: Scholar of the First Sin ups the number of players that can join in to six – up from four in the original game. I’ve never got on with the online component of these games because I find that the idea of having company helping me out defeated the melancholic, lonely tone that I look for in these games, but that aside I’m well aware of how popular Souls is in multiplayer, and this is something notable.