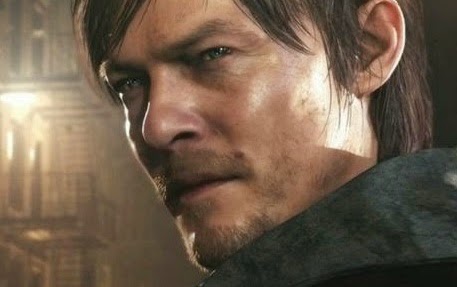 It’s been a busy couple of days for news about Konami, and it’s the kind of news that has led to the company being crucified over social media. First the rumours swirled that it would be canning the much-hyped Silent Hills, then the company confirmed that to be the case, and then it voluntarily delisted itself from the New York Stock Exchange.

You only need to wade into the comments section of IGN’s report on what’s been going on to see so many people acting as though the company will declare bankruptcy tomorrow. Twitter’s been the same. For some reason, a Japanese company delisting off the NYSE is seen as a troubling sign of trouble for the company, and the the perceived decline in its video game business interpreted as a decline in the company itself.

That is, of course, not the case at all. Konami is a massive group of businesses in Japan that encompasses everything from video games, to gambling, pachinko machines and a large line of fitness clubs through its homeland. The company’s stock will continue to be traded on the London and Tokyo stock exchanges, and the accounting sheets remain flat, with declines in revenue to video games being offset by a massive jump in its gambling and pachinko machines business.

What Konami’s recent moves in the games industry actually suggest is just as the company has stated through its statements – that it is restructuring, as any good business does from time to time, to adjust to market trends. It’s no secret that business is more difficult for Japanese games developers and publishers at the moment, especially those that have traditionally focused on consoles and have thus struggled to find success in places like China, South East Asia and Indonesia, where PC and mobile gaming has been especially strong. Fellow Japanese publisher, SEGA, is doing similar consolidation in its own business to focus on PC and mobile games in order, one suspects, to capitalise on where the Japanese games industry sees the biggest opportunity for its IP now that the west is dominated by Call of Duty. And so in that context it’s hardly a surprise that Konami might pull the plug on an expensive console-dominant game when the conditions dictating its development change significantly (such as Kojima, the main creative force behind Silent Hills, leaving the company).

But none of this reality has stopped the armchair experts from coming out in force and declaring the end of Konami. Their attitude is nothing we haven’t seen before – Nintendo continues to suffer the same regular predictions of impending disaster, for example. We’ve seen the armchair experts come out in force over matters unrelated to the business of games development, too. The periodic explosions around the topic of feminism is a good example of this; feminism is something you’d actually study at university for years to become an accredited expert in, but the same people that would never ask a random stranger of the street to perform a brain surgery don’t seem to consider expertise important when it comes to matters of social philosophy.

In fact, we’ve seen this trend play out across society as a whole. Early last year there was a brilliant article written on the trend towards the Death of Expertise in The Federalist, and it becomes more pertinent by the day. Across politics, the media, right through to the way we engage with the arts, there’s an overwhelming wave of expectation that a person’s – any person’s – opinion is valid. Expert or layman, social media comment or fully-paid journalist, everyone expects their voice to carry equal weight in public debate, and so the value that an expert adds to the conversation is either drowned out (because there are always far more laypeople than experts), or devalued (as just another opinion with no greater validity than the opinion of someone who isn’t an expert).

All of this is, of course, an extension of the Dunning-Kruger effect, A provable quirk of the human way of thinking that shows that the people with the least knowledge on a topic have the most inflated opinion of their knowledge. In other words, to quote Shakespeare; “the Foole doth thinke he is wise, but the wiseman knowes himselfe to be a Foole.” That has always been a part of culture (which is why Shakespeare was making note of the Dunning-Kruger effect before it had even been investigated by David Dunning and Justin Kruger), but in years gone by there was a process you needed to undertake to get your voice to the masses. Even something as simple as getting a letter to the editor published in a newspaper would, in fact, be edited by the editor, and the selection of comments that would go into a paper would be filtered for quality. Journalists would be expected to know something about a topic before they where hired to publish stories on that topic.

But now, thanks to social media and the ability for everyone to set up a blog, website or publication with no editorial oversight from expert professionals, it’s getting harder to guarantee quality in what you read. To go back to the Konami example, the games industry is filled with people – both in the media and in the community – with large followings, commenting on what is essentially a business story, with absolutely no expertise to support their statements. And now there is a awful lot of misinformation out there about Konami and its health as a business. As someone who believes greatly that the media – whether professional or social – should serve an educational role, as it has been proven to help people peculate their opinions on subjects, this prevalence of the Dunning-Kruger effect in our conversations about games concerns me greatly.

Trailer: The Attack on Titan film is getting a theatrical release in Australia