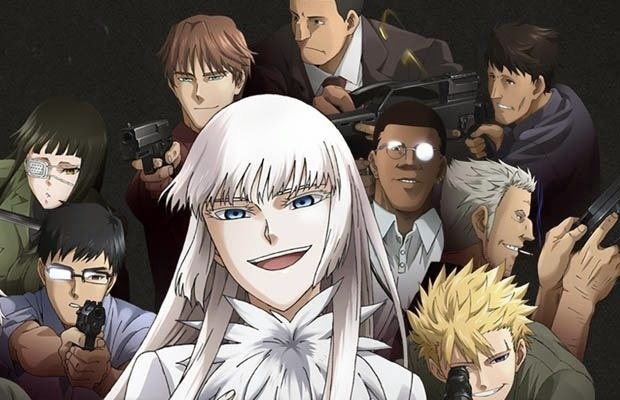 Well. This anime is a bit of a problem for me. Jormungand quite literally heroises an illegal arms dealer and her organisation. An organisation that is so bereft of a moral centre that it, quite literally, recruits a child soldier into its ranks.

As the kind of guy who isn’t a fan of the arms trade, and someone who generally opposes the idea of child soldiers, I was instantly uncomfortable with how gratuitous Jormungand is with this theme. There are even attempts to justify the guns trade that come on thick and fast. For example, in the early episodes one conversation goes like this: “you hate arms dealers?” The leader asks the child soldier (who, in a bit of dramatic irony, does indeed hate weapons and is using his position within the organisation in a bid to seek out revenge on the people that killed his parents). “You want to kill me? But how will you do that when I’m armed and you’re not? You hate weapons, and yet you need to use them.”

I’m paraphrasing above, but it’s the same senseless argument that I’ve seen mentioned every time the gun debate pops up online, and it’s one that has long been proven to be regressive. Now in fairness the woman that is running this organisation is more than a little crazy, and as we find out through the anime she’s not always the monster that she initially appears to be, so it is easy to do the mental gymnastics you need to to either sympathise or dismiss her philosophy, but the concept behind Jormungand remains a problematic one throughout, precisely because it does show an almost heroic side to this group. If they were pure villains it would be one thing, but in searching for moral justification for their actions, Jormungand advocates a position I’m not comfortable with. 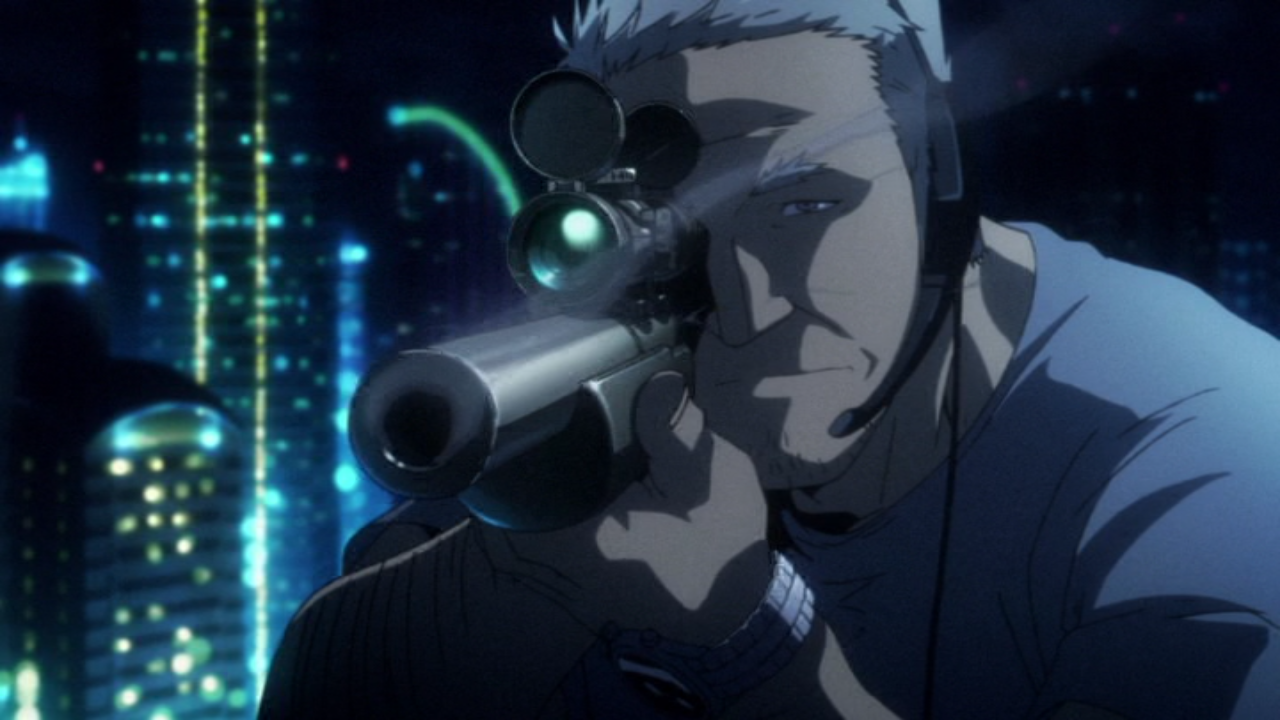 The reason I’m conflicted, though, is because it’s also a genuinely enjoyable anime. It’s violently transgressive, and offers a powerful sense of precision to its aesthetics and art direction. The characters are absolutely unlikable, but in a positive sense of the word – they are certainly characters, and that’s important in setting Jormungand up as something distinctive and original.

Further to that the action is pacey, and frequent bloodletting, face offs, and massacres make for a bloody bullet ballet that, when mixed with what can only be described as a James Bond sense of exotic locations and narrative arcs, makes for a series that is captivating from start to finish. There’s a certain fetishisation of weaponry, with characters spending a lot of time analysing the kinds of weapons that their opponents are using, and this only serves to reinforce just how messed up everyone in Jormungand is.

The star of the show is, of course, the leading lady, Koko Hekmatyar. A young weapons dealer, she alternates between quirky to the point of insanity and doting on her bodyguards, to being coldly ruthless to her enemies, to the point where she takes a clear joy in seeing them killed. Consistently one step ahead of those who would chase her down, she’s resourceful and yet completely unhinged, and, rare for a female anime hero, completely free of sexualisation. As such she’s one of the more interesting characters that we’ve seen in recent anime. 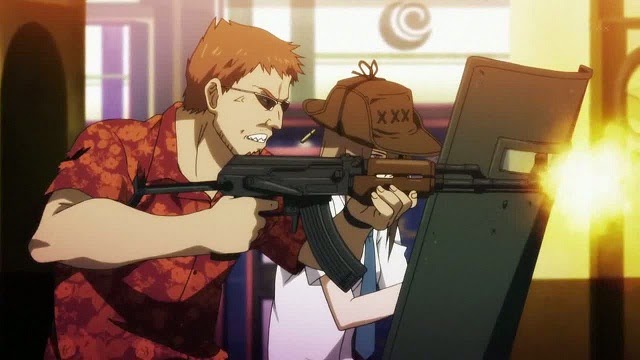 The English dub is best ignored, because the voice actors are simply not up to the task of creating the character nuance that Jormungand would like to achieve, but the Japanese voice team are generally quite good at their jobs. There are a host of extras that make this one of the more deluxe anime Blu-Ray packs, which is always good to see.

Jormungand is a bloody story, and one that won’t always sit well with most people, I suspect. It’s not self-aware enough to provide commentary on its themes, and these are themes that shouldn’t really be explored with a straight bat. But for all that, as an action-heavy, bloody, spy-like drama Jormungand is also dynamic enough to keep viewers on their toes, and it’s difficult not to appreciate the underlying originality and vision that drives the anime forwards.