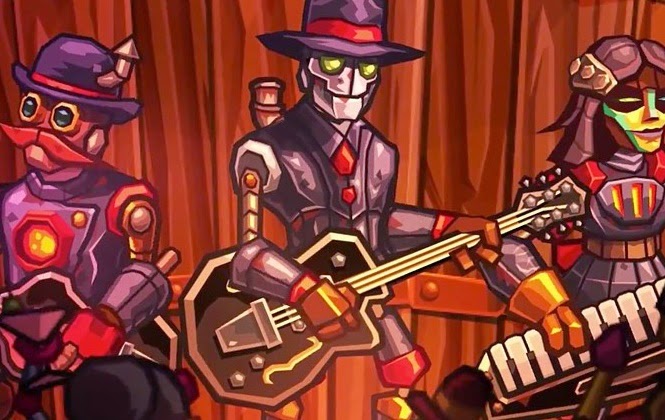 Image & Form’s SteamWorld franchise is rapidly developing into a versatile indie darling. Way back on DSiWare (remember that?), there was a SteamWorld tower defence game, which showed potential, but then there was SteamWorld Dig that has proven to be a remarkably popular game that has now appeared on all the major platforms and continues to be an addictive and entertaining little cross between platformer and Mr. Driller clone.

Now the company is back with its most ambitious SteamWorld title to date. SteamWorld Heist is a turn based, 2D, cover-based strategy game, and it really does look like a load of fun.

Related reading: An interview with the CEO of Image & Form from 2013.

The developer has been showing around a trailer that will give you a strong idea of the kind of gameplay to expect – you can see it at the bottom of this story. The description, according to the publisher: SteamWorld Heist is a game about space adventures and strategic shootouts. The game is developed by Swedish studio Image & Form (who also made SteamWorld Dig and Anthill). Play as Captain Piper and recruit a team of rag-tag robots to explore and scavenge the remains of a destroyed world. Board enemy spaceships and command your crew in a unique variety of turn-based combat, where the outcome is determined purely by your own skills.

As with SteamWorld Dig, this thing is going to be available on any platform you can imagine, with Nintendo 3DS, PC/Mac/Linux, PlayStation 4, PlayStation Vita, Xbox One, Wii U and mobile platforms all confirmed. Image & Form is currently claiming a Fall (Spring for Australians) release.

This will be one of the indie titles to keep an eye on, so enjoy the trailer!