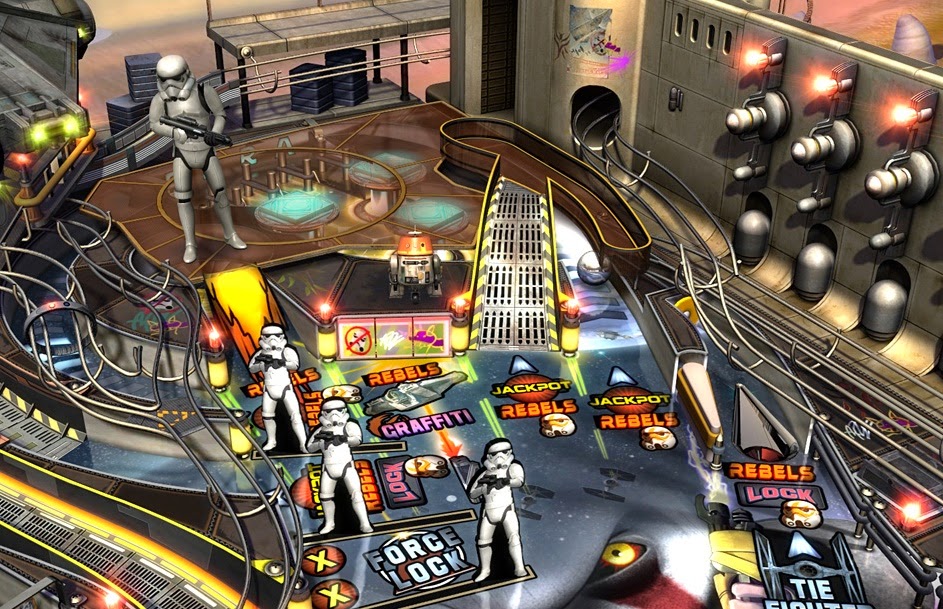 For years now, Zen Studios has been building its Zen Pinball 2 platform into something truly incredible. It’ll cost you a pretty penny to buy access to every one of the 54 tables that are now available, but for pinball fanatics it’s hard to imagine a game development company that has done more for them than Zen Studios.

The releases aren’t easing back, either, with Zen Studios recently releasing two new licensed tables. One ties in to the recent Marvel Avengers: Age of Ultron film. The other is a tie in to the Star Wars Rebels television series. We’ve already reviewed the core Zen Pinball 2 game (and some of its newer tables, in fact), and these new tables do play the same way, so I won’t repeat myself with a new review, but I thought it would be worth sharing my thoughts on these two tables, if for no other reason than to remind people how good Zen Pinball 2 is.

I’ll start with the Star Wars Rebels table. I haven’t watched any of this series, so right from the start this is quite an obscure table, especially when compared to the other tables based on Star Wars franchises that I do know and love. Having not seen the TV series there’s also a lot of voice samples, jokes, and gameplay elements that fell rather flat with me, thought I am certain that fans of Star Wars Rebels will enjoy playing through abstracted versions of the various events of the show by flicking a pinball around. 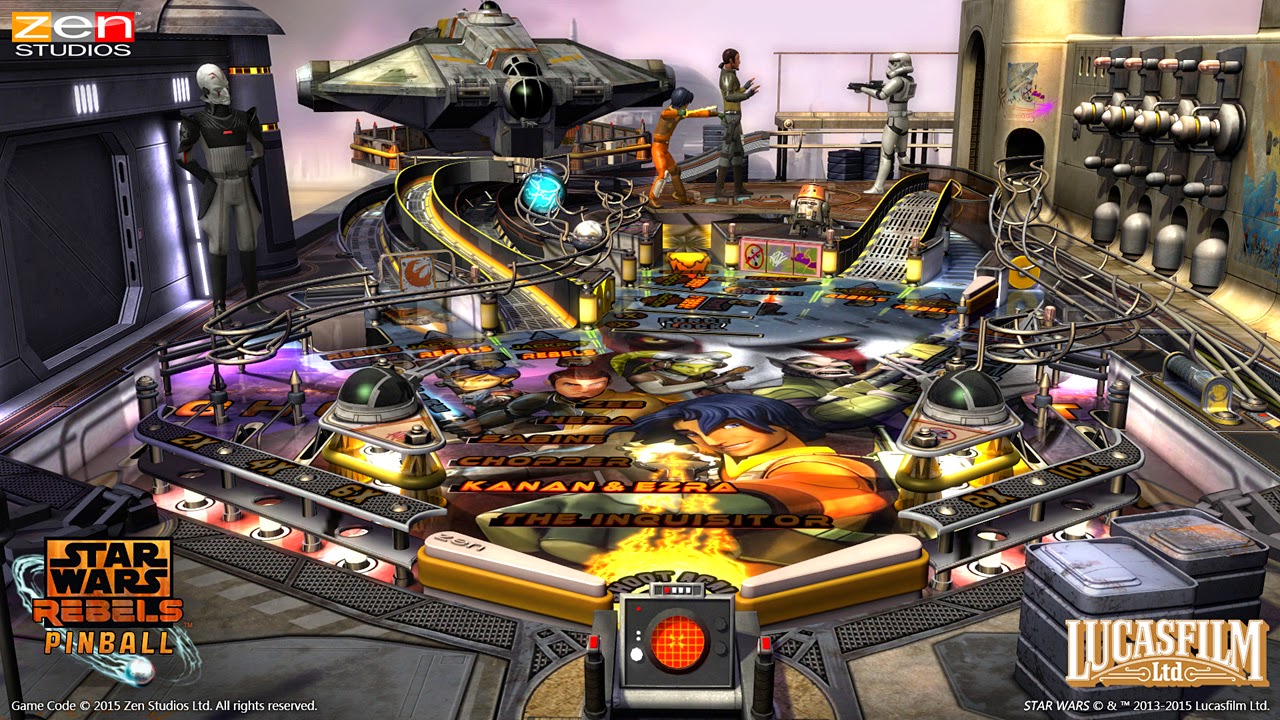 The art design of the table was also lost on me a little, though it’s a slick production as all of Zen Studios’ work is. So all-in-all this table fell quite flat for me. I still enjoyed it because I enjoy pinball, but I can’t help but suspect that I would enjoy it more if I’m a fan of Star Wars Rebels in particular, rather than just being a fan of Star Wars in general.

The Marvel Avengers: Age of Ultron table, meanwhile, is incredible, and I haven’t seen that film yet either. The cold, metallic aesthetic suits Ultron as the antagonist, and the soundbites help to build a sense of desperate conflict. The music blaring on in the background, which I assume also comes from the film, helps build the mood incredibly well as well.

This table enjoys an openness in design, which forces players to be even more accurate if they want to pick up the points quickly. Despite this, the developers at Zen Studios have done a brilliant job of making the ball move around the space in a dynamic and dramatic fashion. I’ve written in the past about how talented this team is in using the pinball format to recreate the experience of its source material, and Age of Ultron is perhaps the best example of this to date. It’s certainly my new favourite table that is based on the Marvel franc hies. 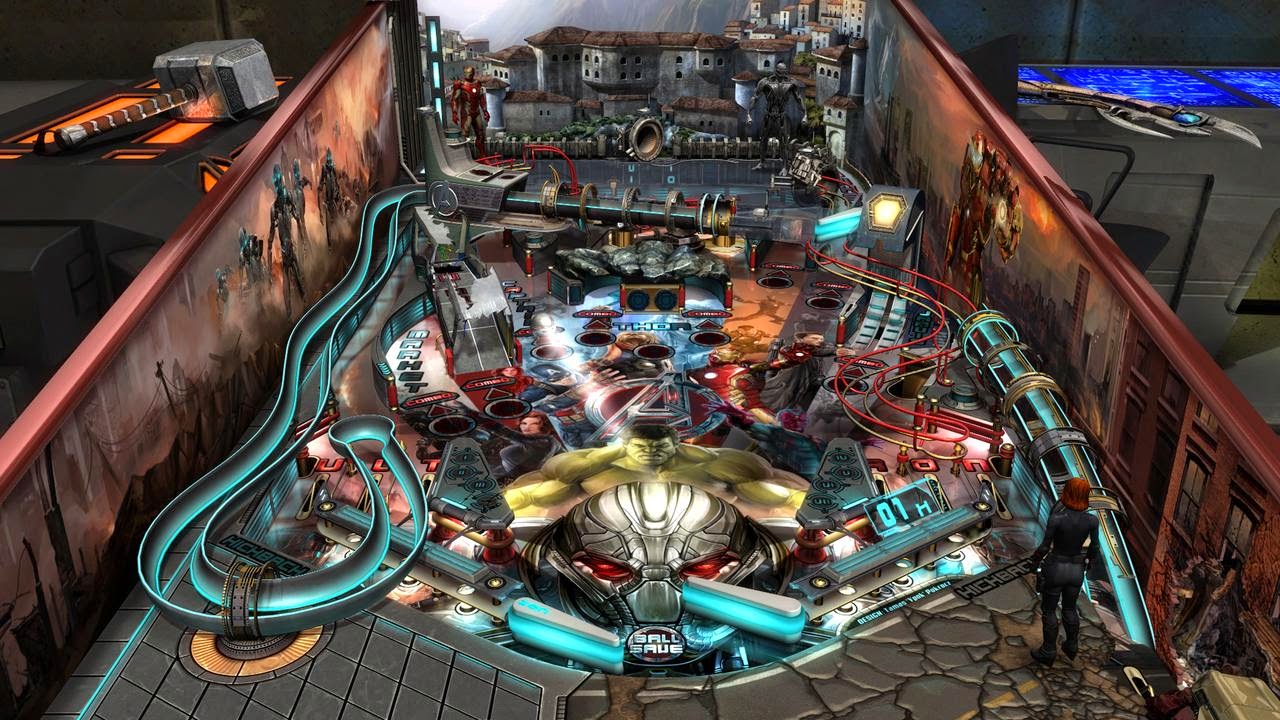 Related reading: If you enjoy Zen Studio’s work here, also consider trying out another one of its games, CastleStorm.

If for whatever reason you haven’t actually given Zen Pinball 2 a shot yet, then do yourself a favour and give it a go. There is such a depth of content in there that you’re going to find a table of some kind that appeals to you. These two new ones fit in nicely with what’s already there, and further rounds out one of the best arcade games that you’ll get on the PlayStation 4.