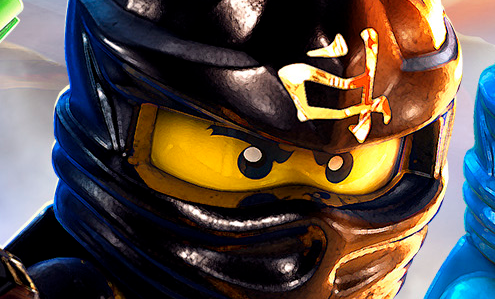 Most games for children are terrible. It’s strange to say that, because playing games is an inherently youthful activity and you would think it would be relatively easy to tap into the spirit of play to make a decent game for a child, but developers too often mistake “developing a child’s game” for “creating a lobotomised and cynical cash-in product.”

For every Minecraft, that seeks to liberate a child’s imagination and creativity, there is a deluge of nasty, cheap games which seem to believe that children are not able to grasp anything but the most simply of gameplay concepts. Poor, single-button gameplay, too-short running lengths and narratives that often don’t even try to tell a story, and you’ve got the standard for the genre.

Luckily, Ninjago: Shadow of the Ronin is not one of these games. Crafted specifically for handhelds by TT Games subsidiary, TT Fusion, it’s clear that it’s not a game that has had the same effort put into it as some of the other LEGO games out there. At the same time, this is a LEGO game, complete with the timeless formula that has so successfully driven so many games before it, and it doesn’t treat its target audience with condescension or contempt. 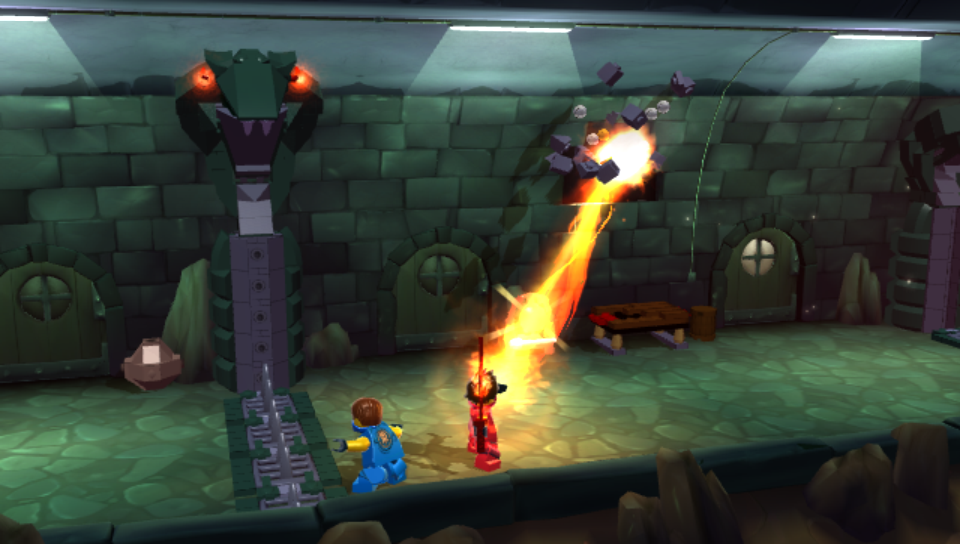 I don’t know much about the Ninjago franchise, other than that it is a major cross-media franchise, and that this game is evidently based on the TV series. It behaves a little like a Ninja Turtles or Power Rangers narrative, with a group of heroes each with their own abilities working together to overcome challenges and enemies. I don’t have kids, so I don’t know how popular this franchise really is, but the jokes and humour is vintage Sunday morning TV humour, and so while I’m not the target audience for the game I can only assume that the kids would enjoy the jokes and scenarios it brings on.

Levels are the same linear LEGO experience that we’ve seen many times before now. Players smash objects to collect studs, and every so often come across a puzzle that requires the special abilities of one particular hero to overcome. Because this is a game for children there are no puzzles that are especially mind-taxing, though one or two are implemented quite poorly and explained badly, which might frustrate a child with less patience or problem solving abilities. The combat, too, is exceedingly simple, and players have access to a whirlwind move if they do get into trouble that can deal with the majority of enemies quite easily. But, simple as it is, it’s fun, and each of the characters has their own unique weapons and attack animations, which will help kids get invested with their favourite characters.

Level design is good, being paced just right so that a child’s patience won’t be tested, and to allow the developers to keep the variety strong from start to finish. Between the standard action platforming, there are some vehicle sections and other such mini games. These don’t control as well as I might have liked, but I appreciated the variety that they brought to the table. 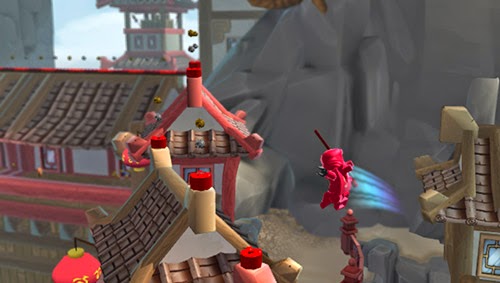 For the especially skilled child, there are all kinds of optional objectives and hidden treasures to track down. This adds value to a game that is already reasonably loaded with content. With production values that are as high as any other mobile LEGO game that’s been produced, I can easily see children appreciating the game looking and behaving like the cartoon series that they are no doubt a fan of.

Related reading: Brad, one of the DDNet team that does have kids, has a review of an earlier Ninjago LEGO game that you can read here.

Will older people really get into Ninjago? I doubt it. Unlike the popular LEGO games around Batman or Lord of the Rings, this isn’t a franchise that holds a lot of capital with adults. But if I did have children, I would much rather than play games like this than most of the tripe that is pushed at them as children’s games. It might not have the stealthy educational value of Minecraft, but Ninjago is a well-produced and clean title, and I’d be able to buy this knowing that my child was going to get enough play out of it to tide them over.