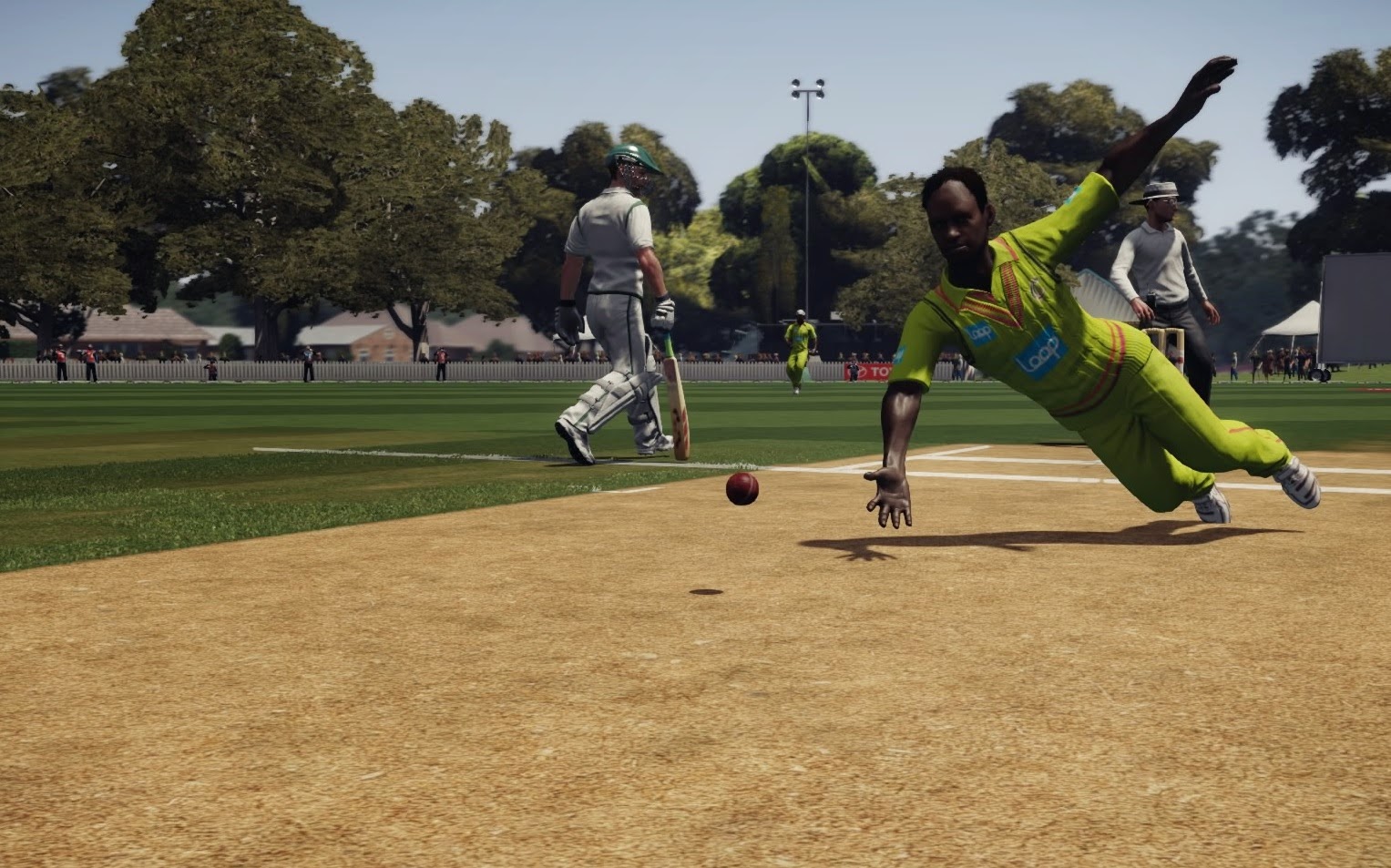 While we weren’t given any timeline on the release of the game, the development is happening now, at the same time that the team is working on a final patch for the previous title. There are some interesting features that the team is looking at implementing, too, such as a Stadium Creator mode to allow people to create their own home grounds for the teams they create in the player creator mode, and companion mobile apps to go with the main game. So perhaps you’ll be able to use your iPad to access the scoreboard, change fielding layouts, or see the shot wagon wheel on the fly? These are all exciting possibility.

All this news came when I sat down to have a chat with Big Ant’s managing director, Ross Symons, about his love for the sport of cricket, the recently-completed Cricket World Cup, some of the challenges and opportunities in game development in Australia, and some of the other games that the studio has on its way.

Check out the full interview below. Hooray for Don Bradman Cricket! 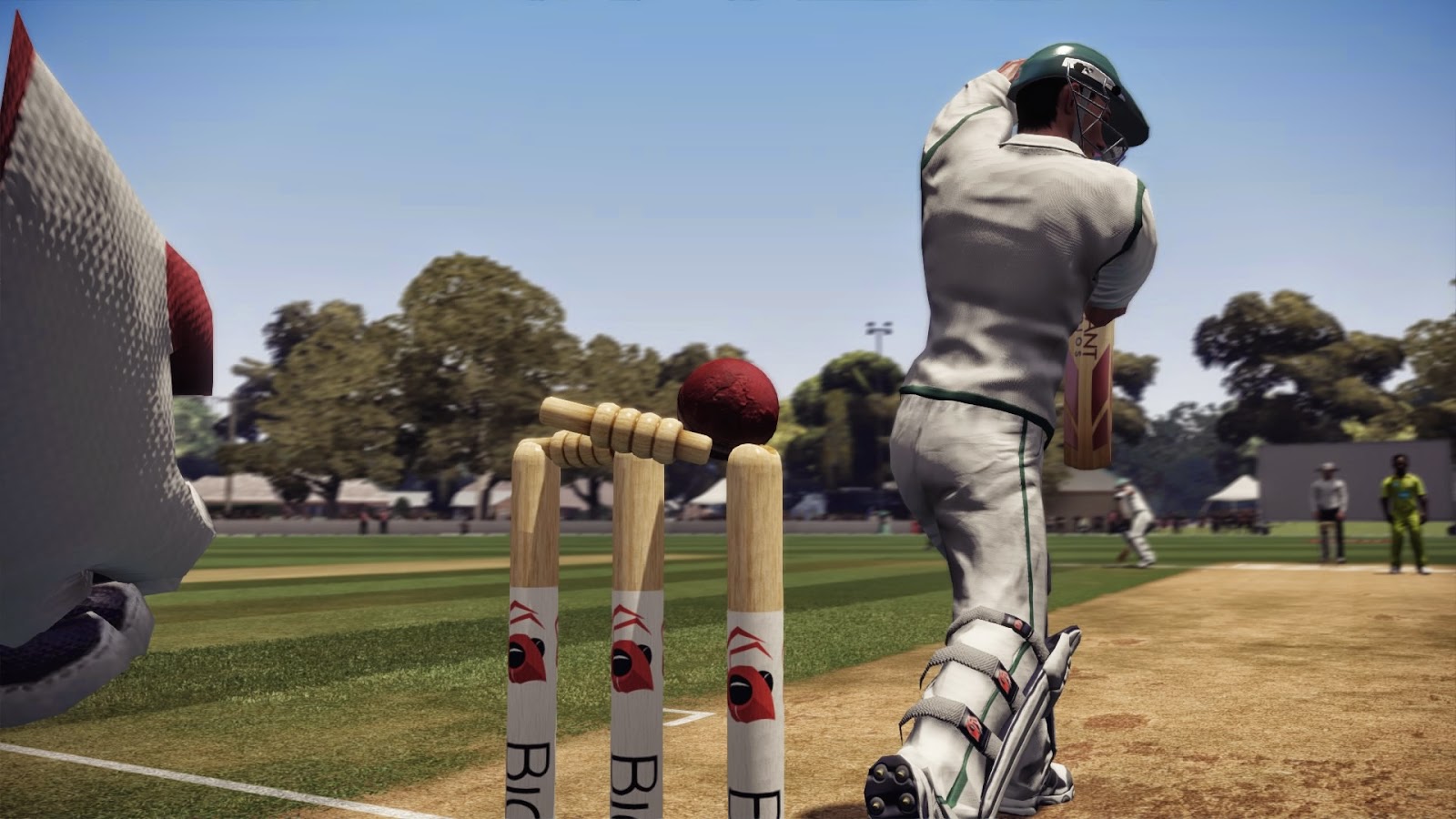 Digitally Downloaded (DD): Are you happy with how people have responded to Don Bradman Cricket on the PlayStation 4?
Ross Symons (RS): I think the public and critical press response to the PlayStation 4 has been beyond our expectations, we’ve really had great support from both and it has given us the signal that we’re on the right track and so I can tell you here first at Digitally Downloaded, that we at Big Ant Studios believe that a sequel is warranted and can confirm that indeed it is in production in parallel with the final feature patch (“patch#3”) for Don Bradman Cricket (14).

DD: What are some of the challenges that you’ve found with bringing the sport of cricket to video games? Was it just a budgetary issue or is the sport of cricket itself a difficult proposition as a sport?
RS: For us it is both, the fine balance between being commercially viable, as it’s been developed on our dime, and trying to get as much into the game as possible. That, along with the more than tricky issues of representing the physical game of cricket itself where the speed and size of the ball present large design obstacles in trying to represent the cat-like reflexes required for fielding, the art of picking the right shot for the right ball, and of course bowling to a plan. We took great risks in redefining every element of what we know cricket games to be and at first I did receive daily emails asking for pitch markers, radar, etc. and so was a little worried. However I think we mostly got there with the exception of the accessibility of the controls to the more casual fans. We need to make sure that future development we bring everyone with us, we need to make the game accessible to as many fans as possible.

DD: What then inspired you to develop TableTop Cricket, and are we going to see that come to other platforms in the future?
RS: TableTop Cricket was inspired by my more than fond memories of playing the game on the felt top with the plastic players and ball-bearing in my living room growing up. The game will come to the Xbox One and PlayStation 4, we are working on implementing a number of new features, including access to the players from the Don Bradman Academy, implemented before that occurs. 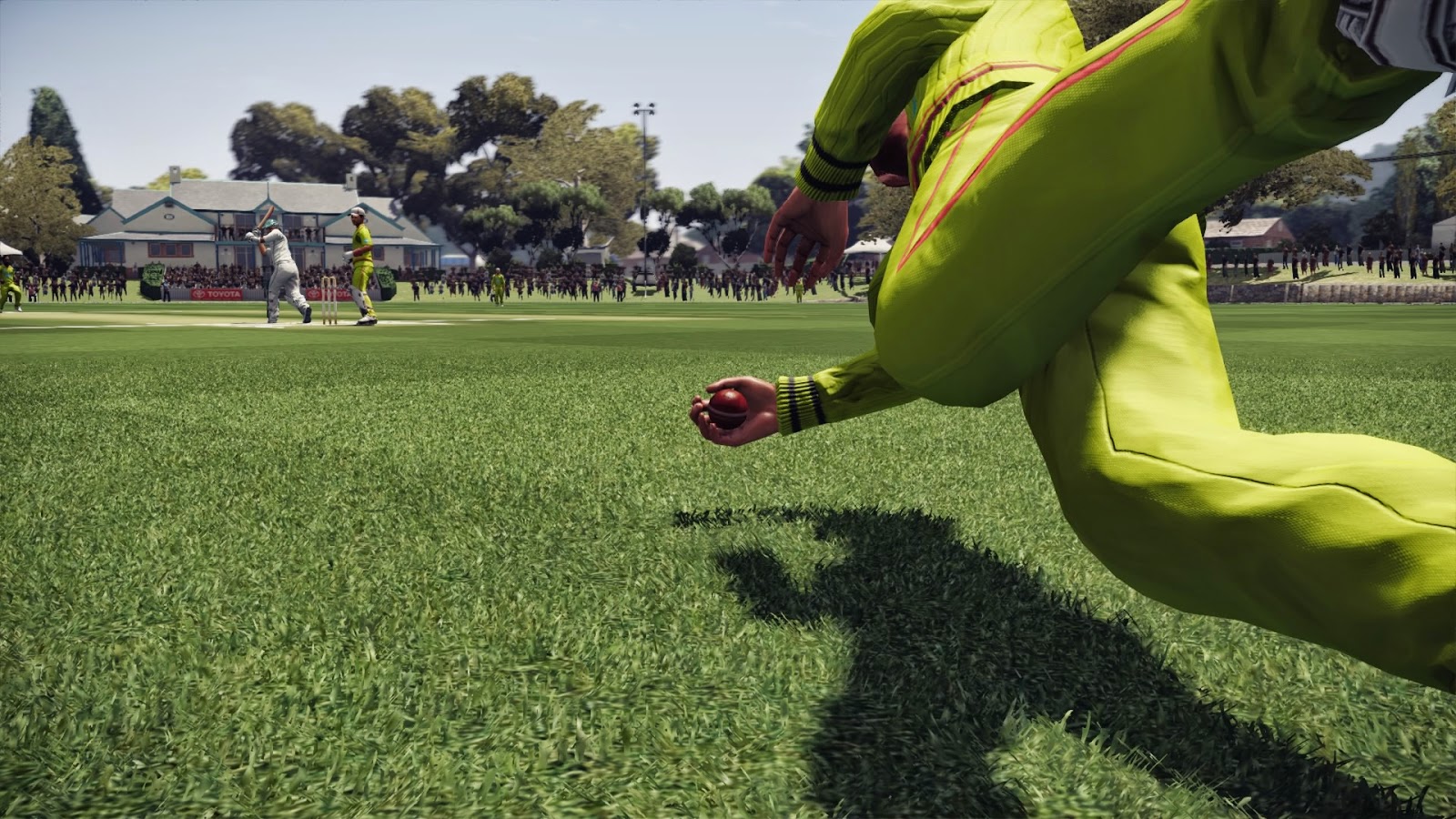 DD: We certainly hope there are more Big Ant cricket games in the future. What kinds of features and gameplay tweaks would you like to bring into the game?
RS: We are committed to the sport and I can say there certainly are more cricket games to come from us. Perhaps two of the bigger features we are looking to implement are a shareable Stadium Creator to be added to the “Academy,” and also mobile companion applications to allow access to the game while on the road.

DD: How did you find the recent Cricket World Cup competition?
RS: As it happens this interview sees me arrive back this morning to see the final in Melbourne after spending the last two weeks in India (which is an awesome place, by the way, and I think everyone should experience it at least once). Before the World Cup began I originally picked Australia to play New Zealand in the final, with New Zealand winning, so I almost got it right! I think the earlier tight loss to New Zealand while defending a low score might have given Australia a mental edge.

I think it’s been a great World Cup. Aside from the predictability of the final four (Australia, New Zealand, South Africa, India) it’s been full of surprises, for example when we saw England go home before the quarter finals, and some of the ‘minnows’ like Ireland doing so well – it was really good to see.

DD: We seem to be in a good patch for game development in Australia, with titles such as your own, but also stuff like Defiant Development’s Hand of Fate. Is there positivity in the industry at the moment, and how do you see the years ahead for the industry?
RS: It’s a great time to be a game developer in Australia, everything is looking positive and the growth is huge at the moment. There are so many good titles coming along on all platforms, with the key being the diversity of the games presented and the backgrounds of the developers as well, as this makes for a very broad and stable base on which to again grow. On that note, we’re very proud to support the GDAA and to help underwrite “The Arcade” in Melbourne in our building, there are so many talented developers in here above the Big Ant Studios offices, so all signs are that the years ahead are no doubt going to be stellar for the industry in Melbourne and in Australia generally. 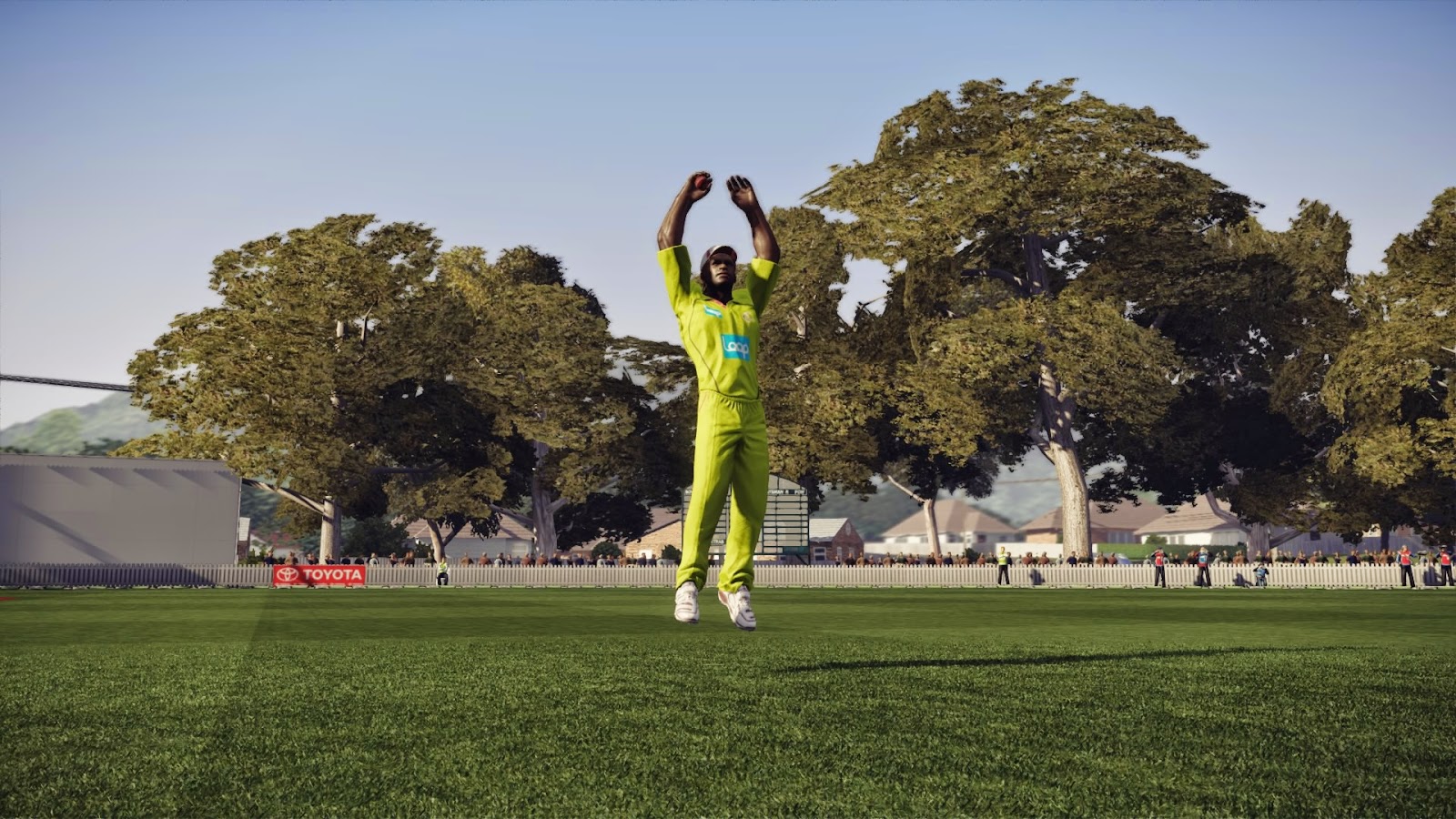 DD: You have led the charge of games on next generation hardware among Australian developers. What are the consoles like to work on?
RS: Yeah, we’re really stoked to be the first Aussies to market on the PlayStation 4 and Xbox One. Each of the platforms has its own issues but in general they are far easier to work with than the previous generation. Then again, they had to be easier to work with, as the previous generation was a nightmare as each console was so architecturally different that at times it was like making two different games.

DD: Of course you work on more than just cricket games. What’s on the horizon for Big Ant?
RS: It’s a big year for us coming up, we have unannounced titles in the works, but of what we have announced publicly we have Rugby League Live 3, Lacrosse, Dirt Track Racing, TableTop Cricket (PlayStation4/ Xbox One), and now of course the sequel to Don Bradman Cricket. We’re going to be BUSY!!

DD: Finally, what kinds of games do you play yourself?
RS: I play every Need for Speed to death, I absolutely Platinum every version of that game, compulsively, but otherwise I strictly play Real Time Strategy games, with my favourite being Dark Reign – in my opinion that game is the best RTS ever made… “Want some of this!”