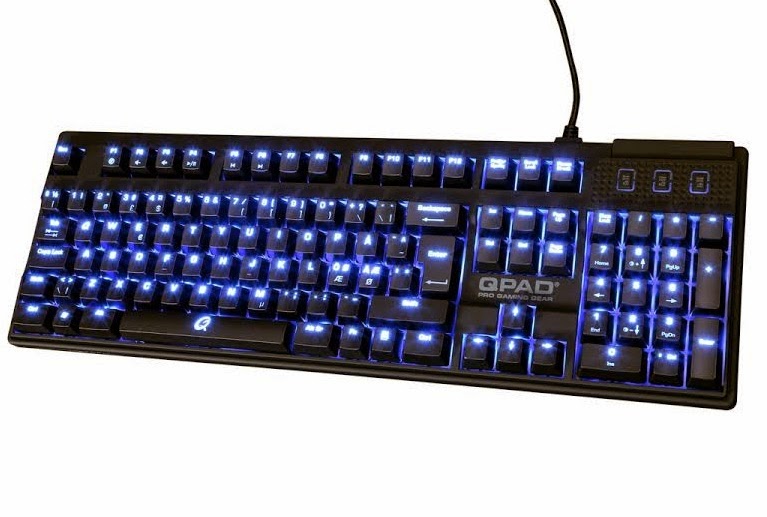 I don’t know about you, but I’m fed up with all this talk about winning. According to most press releases, the high-end PC community is obsessed with it. Simply buy the latest peripheral and you’ll be rewarded with lightning-fast reflexes, bragging rights, and the ability to crush your enemies. I mean, really? This kind of thinking may have given us Genius’ preposterously-named DeathTaker Gaming Mouse, but it’s time we realised that there’s more to gaming than e-Sports power fantasies. And what’s with those silly product names, anyway?

QPAD have heard my anguished cries, and it has responded with a range of keyboards that possess arguably the most boring appellations in the history of computer gaming. The MK in MK-70 stands, predictably enough, for mechanical keyboard. It’s also the first indication that, with QPAD, what you see is what you get. There’s no fanfare, no appeal to overactive teenage hormones, and no names with Death in them. This is a keyboard, pure and simple. And it’s a very good one.

The MK-70 sits in the middle of QPAD’s current lineup, sharing the same chassis as the bare-bones MK-50, the slightly-fuller-featured MK-80, and the top-of-the-line MK-85. It’s a minimalist design which houses 105 full-sized keys and absolutely nothing else. No dedicated media buttons, no macro shortcuts, nothing. Just your basic keys. However, the build quality is absolutely top-notch, with a robust matte finish and laser-etching on anything that can be pressed. With a life expectancy of 50 million strokes, and bombproof construction throughout, the MK-70 is built to last. 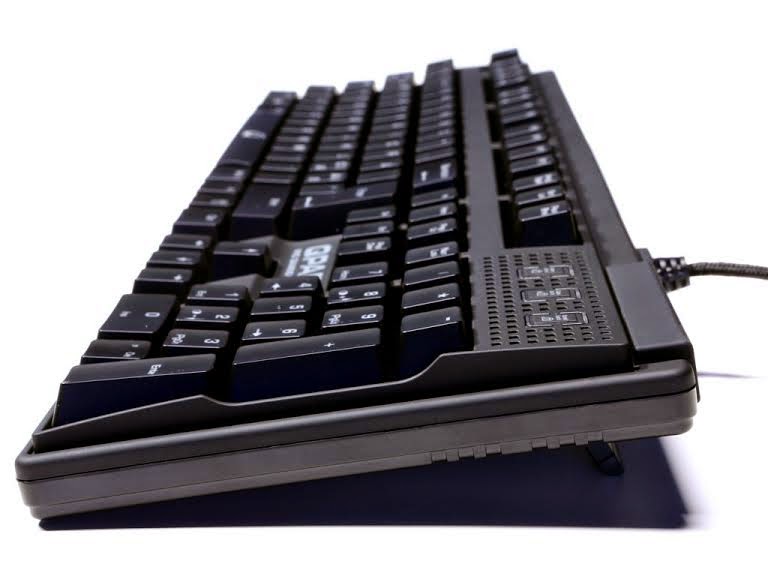 Another quality feature is the MK-70’s use of industry-leading Cherry Red switches. These sit behind each key and give the board a very specific feel. Cherry Reds offer minimal resistance, and they register after a mere 2mm of travel, making them brilliant for gaming. However, it’s a little too easy to activate the wrong key by mistake, so these switches aren’t great for long-form typing unless you’re very, very good at it.

So, while the MK-70 is all about the keys, there are a few other features worth knowing about. The most obvious – and the main reason for choosing this over the near-identical MK-50 – is the inclusion of blue backlighting for each and every key. This is essential for those late-night gaming sessions, and can be disabled or set to any of four different intensities. Press the Fn button and you also get a few secondary key functions, although these don’t go much further than basic shortcuts for your media player.

Connectivity is provided by a braided USB cable. However, QPAD also bundle a USB-to-PS/2 adapter in the box, and there’s a very good reason to plug it in. PS/2 allows full n-key rollover, so you can press as many keys as you like and they’ll all get registered at the same time. It’s a minor feature that’s only really necessary for those with more digits than the rest of us, but it’s still a shame that it only works when you use the adaptor. 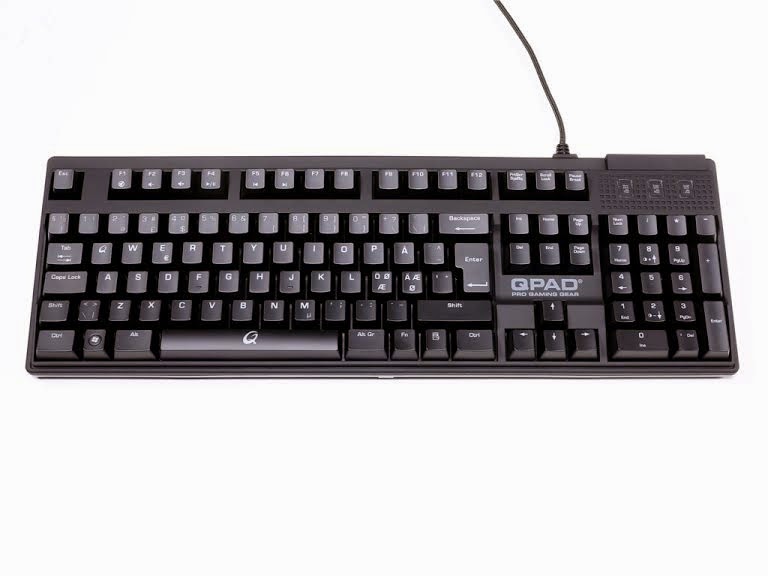 Another point to note is that the MK-70 doesn’t come with a wrist-rest. You probably don’t need one, and they’re available from QPAD’s webstore if you do, but it would have been nice to see one in the package. And, while we’re on the negatives, you should know that the MK-70 is strictly a plug-and-play affair. This prevents the all-too-regular crashes that come with specialist driver software, but it also means that you won’t be able to disable the Windows key or program macros. If you like to tinker with your keyboard’s behaviour, take a look at the MK-85 instead.

However, despite the lack of advanced functionality, the MK-70 is a pleasure to use. In terms of price-to-performance, it’s the most sensible keyboard in QPAD’s current arsenal, and it does the basics exceptionally well. Understated, solid and dependable, it’s the gaming keyboard for grown-ups.