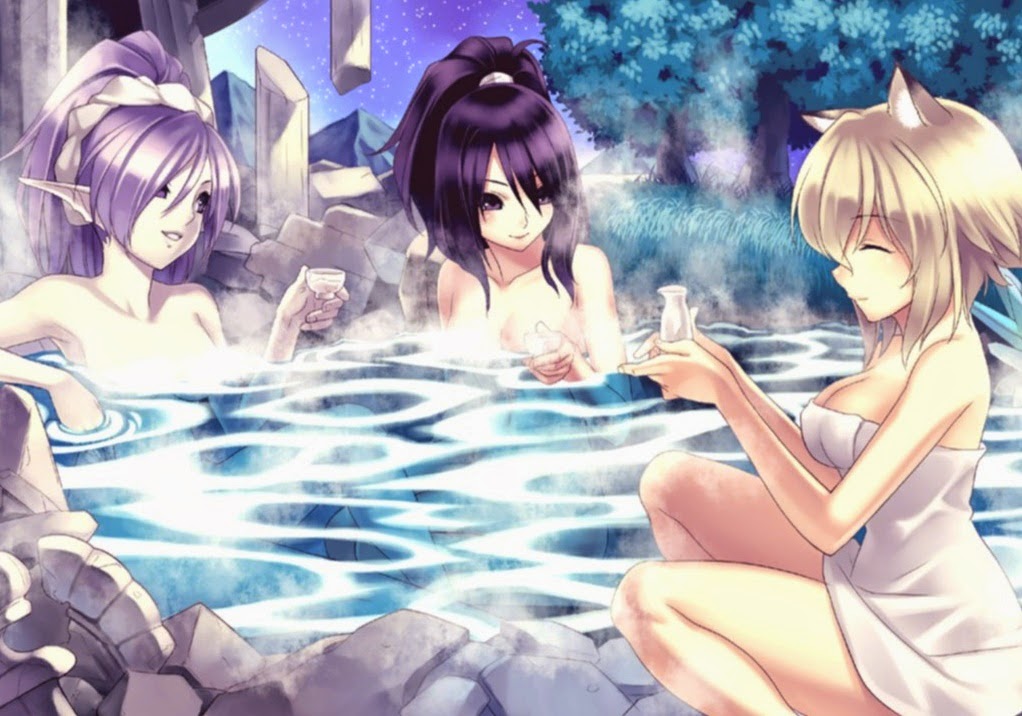 Any long term fan of JRPGs will attest to something along the lines of a ten-percent rule, which states that the first ten percent of any JRPG will also be its worst segment. It makes perfect sense, since the genre is all about building up your characters and you can’t be a demigod slaying hero on the first day of your job. Funnily enough, Agarest: Generations of War 2 opens with the main character, Weiss, actually slaying a demigod. He then wakes up in a field with amnesia and all of his combat prowess missing. You see, in the world of Agarest, deicide doesn’t go unpunished and for Weiss, it’s going to be a long climb back up.

Generations of War 2 is the third game in Compile Heart’s Agarest franchise. Compile Heart is famous (or notorious) for crafting incredibly complex games lasting dozens of hours, forcing players through obtuse combat systems to earn their enjoyment. They also have a penchant for pandering to the otaku base. Despite being a sequel, Generations of War 2 has its own standalone narrative and can be enjoyed without prior knowledge about the series. I went into Agarest as my first game in the series, and brought with me a bundle of preconceptions, some of which were confirmed and others dashed, but the overall experience was a positive one.

Related reading: Another Agarest game you can pick up on the PC is Agarest: Generations of War Zero. Our review here.

One of the biggest barriers of entry for most players will be the game’s complexity. The combat system itself took me hours to finally understand, and even more once new mechanics were introduced. While previous games in the series have been tile based strategy RPG’s, Generations of War 2 merely looks like one. It instead has a turn based battle system more akin to the classic Final Fantasy games with a lot of bells and whistles tacked on. Upon selecting a target enemy, the game then prompts you to decide on which party members to attack with. Each character has four different types of attacks, one for each face button on a controller (this was once a console game and yes, a gamepad is highly recommended). The strategy lies in stringing together a combo using the various attacks available to you. Enemies have a health bar and a defence or break bar, each of your characters have a health bar, a wait bar, a break bar, an ultimate bar and an action point bar. It sounds convoluted already and yet this barely scratches the surface of the combat system. Thankfully, if you’re really struggling the PC version comes with some optional DLC equipment that make the game’s first few acts a cakewalk. 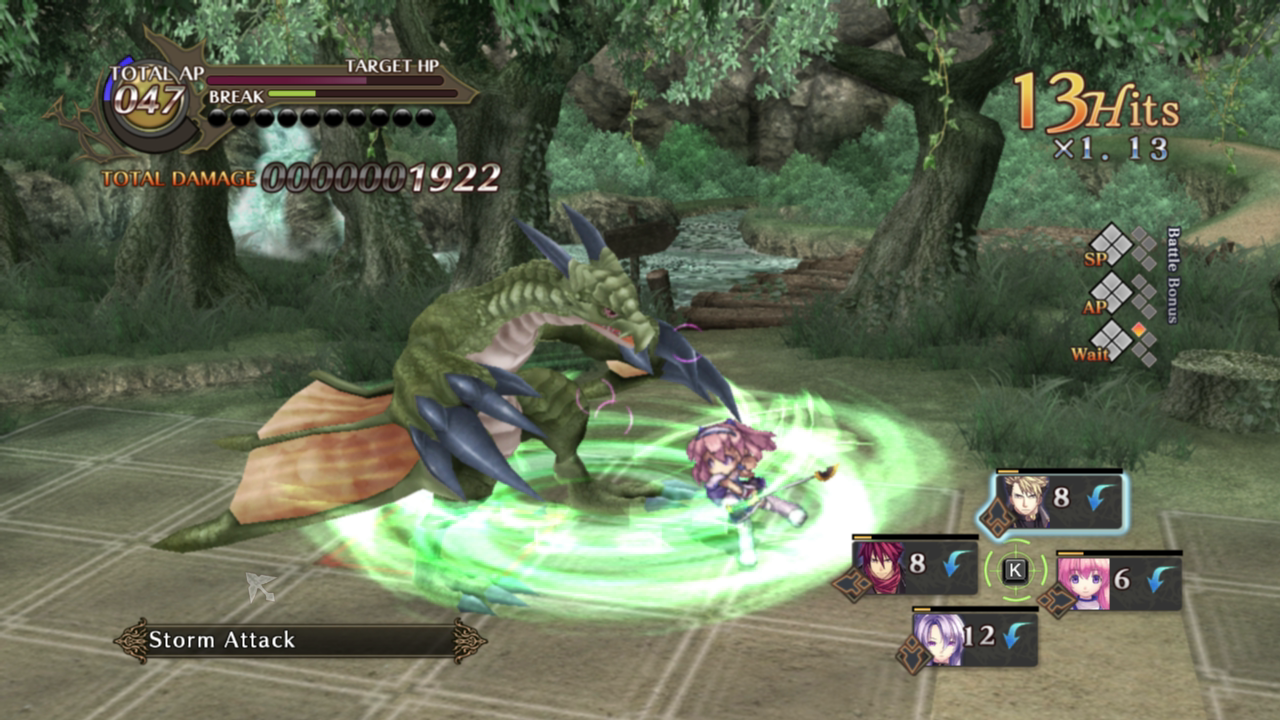 The same obtuseness often plagues the game’s overall story. The calling card of the Agarest series is that it spans multiple generations, following several protagonists and their parties as they aim to resolve a huge problem with their world. The plot is delivered in visual novel format and is mostly straightforward – what isn’t however are the dating sim elements. At one point in the story you’ll start playing as the protagonist’s descendant, and their mother will be one of the heroines from the first generation. The problem lies in the way the dialogue choices are done, since often saying something nice to one girl can make a completely unrelated character get mad at you.

From my initial impressions of the game, it was clear that Generations of War 2 suffered from the same overwhelming complexity that many otaku games before have done. And then the ten percent rule kicked in – the plot picked up and I got invested into the game’s world. For all its bright colours, otaku pandering and light dating sim sensibilities, Compile Heart still manages to weave a deep political drama into the Agarest series. The writing is on point and the characters are great at having fun and joking around as well as actually contemplating the gravity of their quest.

The combat also distinctly grew on me as I started to learn its finer details. Agarest offers a lot of characters to pick and choose from and they all work in tandem a little differently. In addition to each character’s individual moves, they can access combination attacks when certain conditions are met and the game rewards you for experimenting with your party formations. The only real downside is that the voicework in combat is all in Japanese with no subtitles, so it’s easy to miss a lot of the subtle characterisation that goes on. 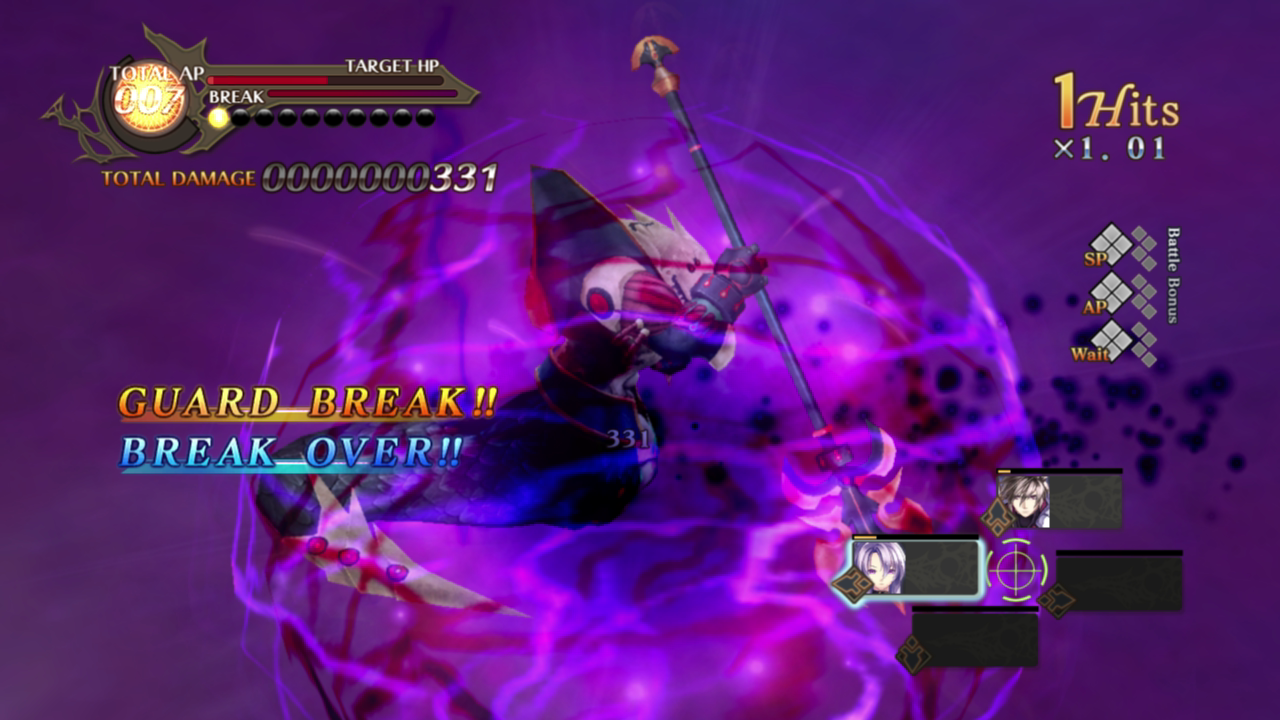 Of course, since this is an otaku game I should make a passing mention of the fanservice. Promotional material seems to suggest that this is a racy game, although aside from some bold costume designs there actually isn’t much fanservice in the main story. There are sidequests which allow you to build a bathhouse with your in game money which I actually found hilarious, but they are mostly optional distractions that you can skip over easily if you’re easily embarrassed. There is some questionable stuff off the beaten path but for the most part if you encounter something risqué chances are you went looking for it in the first place. For a relatively niche title, it’s surprising how high the production values are. The backgrounds are all gorgeously rendered, character art is crisp and emotive and the music is always a good fit. The protagonists in combat are expressed in sprite form, which seems like a confusing design choice because there are a fair share of polygon enemies and they look great. The medium blending is garish at first but like everything else in this game it grows on you. Agarest also boasts hundreds of CG artworks to collect as you work your way through the plot. The porting job from the PS3 is also excellent, with slowdown from the console version completely eliminated in the Steam release.

Related reading: If you’ve got an iPad, nab Record of Agarest War while you’re on it.

With a running length of several dozen hours (and that’s if you’re rushing), Agarest: Generations of War 2 is one of the biggest, most ambitious JRPG’s on the market. Despite being held back by a poor opening sequence, Compile Heart has created an epic, sprawling world for players to sink months of their time into. The Agarest series may have had a rocky start, but with Generations of War 2 Compile Heart has hit its stride and proved that fanservice and pandering aside they can still craft a solid role playing experience.