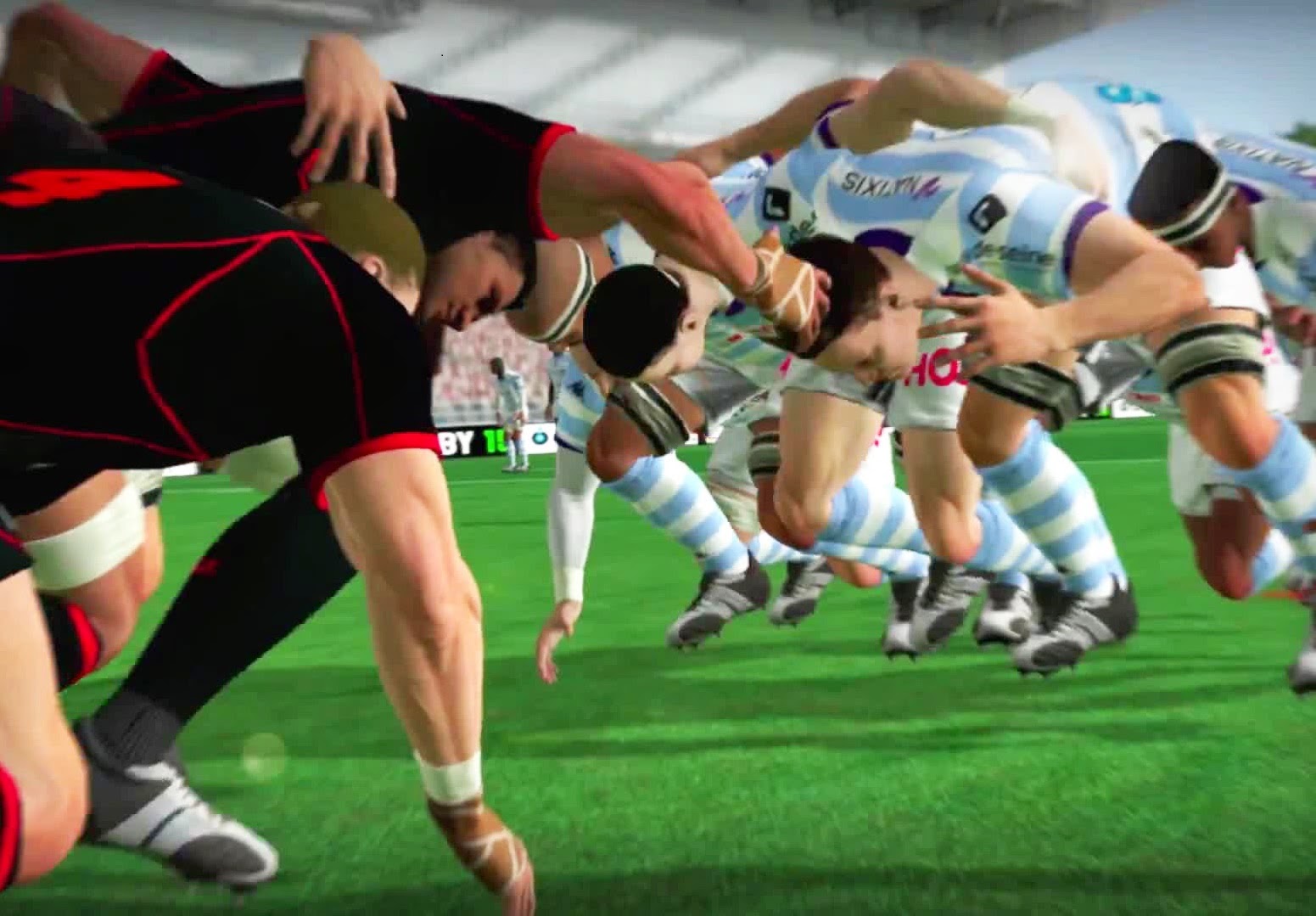 Oh Rugby 15… how I so wanted to like you. Rugby is a sport that I feel needs more attention, as it is a sport that is ripe for a video game adaptation – it is both fast and aggressive. Rugby 15 is the first attempt to take the sport and apply it to the new generation of consoles, and as such there was an opportunity to shine a spotlight on the sport in the same way that Don Bradman Cricket has been able to represent a more niche sport in videogames. Perhaps that was a lofty hope of mine, because unfortunately the introductory showing of Rugby on the Xbox One did not even manage to live up to the much-maligned NHL 15.

With some sports titles, it is easy to see what went wrong right away. In other instances, it can take some considerable time invested before the warts start to show themselves. Rugby 15 unfortunately draws from the worst of both worlds as it somehow manages to make a poor initial impression while still finding new ways to stupefy and frustrate a dozen hours in.

As soon as you hit the field, Rugby 15 is shaky. Player models are stiff and the fields themselves are just not very pleasing to the eye. There is a limited number of camera angles available too, which one suspects is because the developers wanted to hide weaknesses in the engine, but really players will be wise to that and there really is no excuse for cobbling together a sports game that doesn’t give players options in this regard. 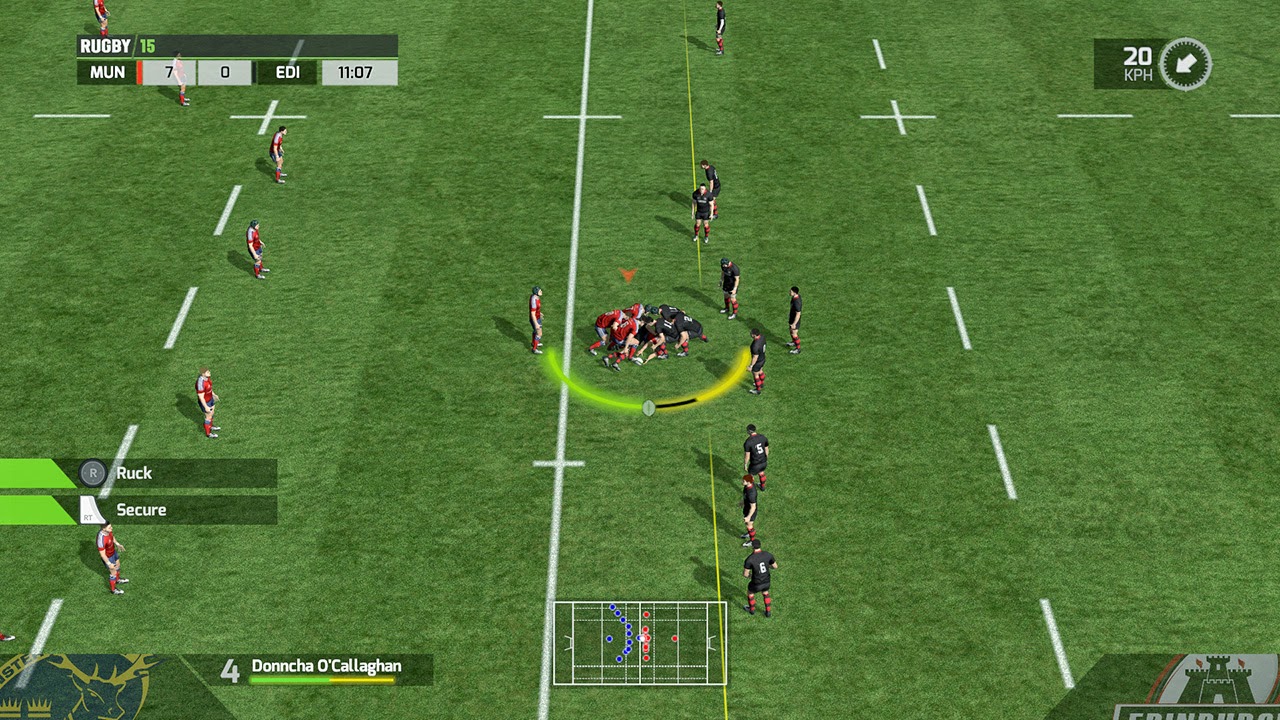 There are a lot of complex rules to the sport of Rugby, so picking the game up and playing could be daunting for newcomers. That being said, one thing HB Studios does well is make the game accessible early on. I was almost willing to forget how cheap the game looks when I was able to jump on in and play. I think it was a good choice by the developers to lean more towards an arcade game control scheme than an in-depth simulation of the sport. I was holding out hope at this point that the product on the field would help wash the bad tastes from the visual presentation out of my mouth.

However, over time small lapses in the AI or balance choices started to nag at me. The defence feels like it has a major advantage over the offence in tackles. This can turn games into defensive slogs that become tedious, low scoring affairs. In fact, I often found that I was able to tackle just about anyone without penalty. The referees were too lenient in the game, only calling the most egregious of penalties. I can appreciate how this supports a faster flowing arcade style sports game, but at the same time it makes certain mechanics exploitable almost to the point of being broken.

The matter is not helped by the AI which will literally stand around and wait for a specific event to trigger it. Games like Rugby are obviously built around spatial recognition, team tactics, and both lateral and longitudinal movement, but in this regard it is no different to sports like FIFA, and it is very, very noticeable the difference in how active AI players are on the pitch, which ends up being very unrealistic and, again, exploitable. 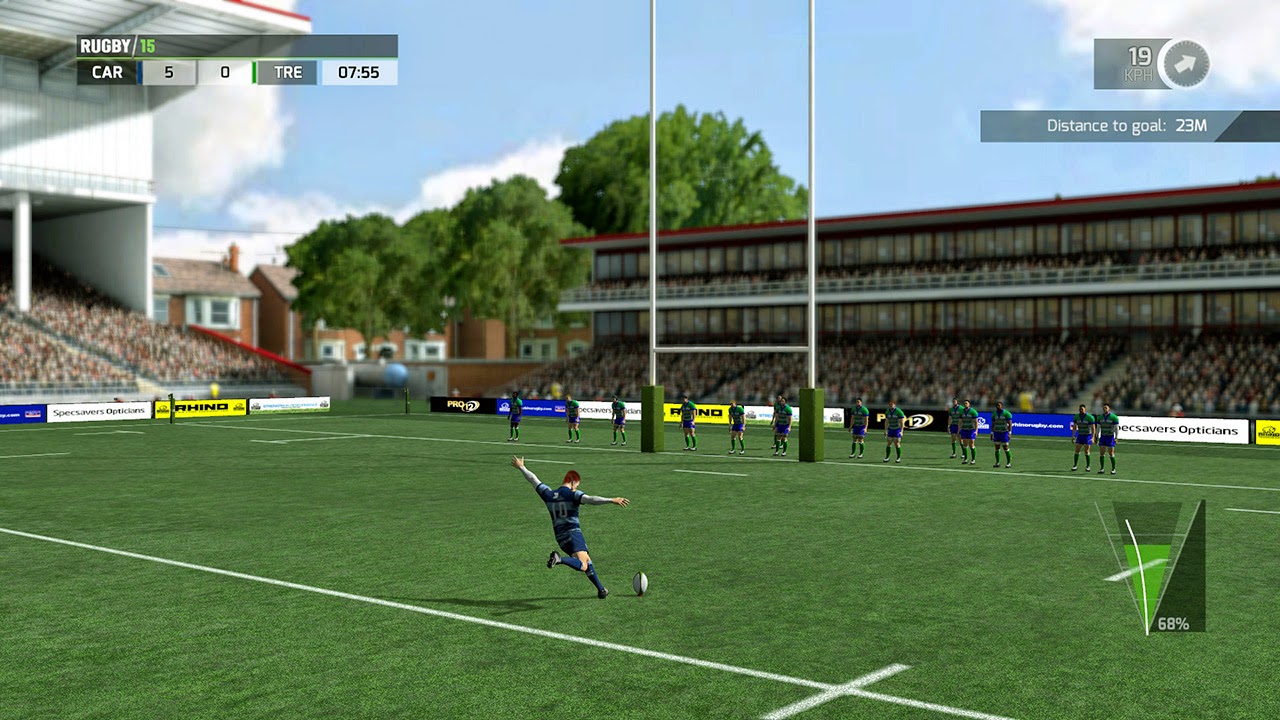 The end result is gameplay that is buggy and uneven. And while it’s easy to say that poor visuals can be forgiven, the lack of execution in the overall presentation fails to immerse players on any level. I generally play sports titles because I want to try and live the game and try to enjoy a sliver of the experience that I am incapable of doing in real life (turns out a nearly forty year old man who is slightly out of shape can’t go and apply to be on the US Rugby team. Who knew?). I would imagine many other people play sports games for the same reason. Rugby 15’s most critical failure is that on a very basic level it fails to provide that immersion.

There are some options for multiplayer, plenty of teams to choose from and a limited license for those who like playing games with the real players. However, this is like saying the menus are more exciting than the game – and in this case, it’s true. Rugby 15 squanders an opportunity to build on the popularity of a sport that is slowly gaining ground in the US, and won’t be pulling anyone away from their annual Madden games.